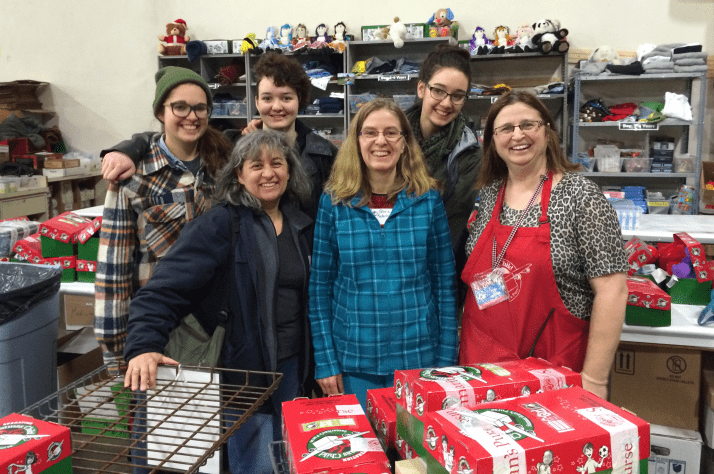 Gloria used Sponsor Me to raise almost all the suggested donation money she needed to ship more than 600 Operation Christmas Child gift-filled shoeboxes to children in need around the world.

Gloria Rudenberg translated her love for Operation Christmas Child into working with residents in the Gatineau region of Quebec to pack 620 shoeboxes full of toys, school supplies, clothes, and hygiene items for children in the developing world.

With that done, Gloria faced a challenge: coming up with the suggested $10 per box donation to cover project costs, including transporting the boxes around the world. In her case, that meant raising $6,200.

“For me, it’s a much better method to give people a way to support causes,” Gloria said. “Otherwise, if they want to give cash, they have to do it through me and then I have to send it in (to Samaritan’s Purse). This approach eliminates the middleman, and it also helps me keep track of my goal.” 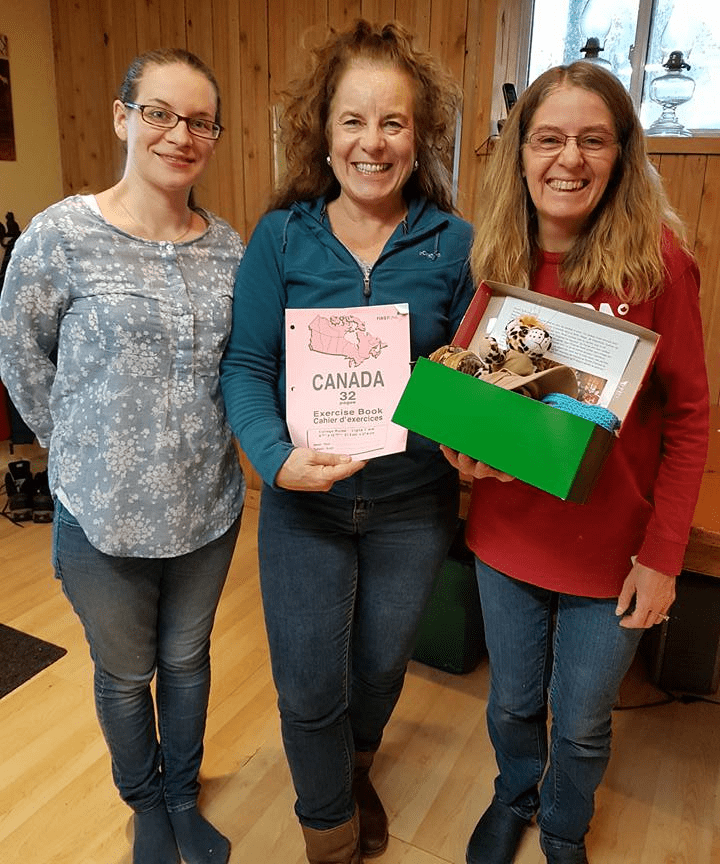 Gloria (far right) at a shoebox packing party with her friends.

Using SponsorMe.SamaritansPurse.ca is easy. Create an account, then browse the web pages for campaigns you want to financially support. You can also start your own campaign to raise funds for your favorite ministry or to offset the costs of going on a Samaritan’s Purse mission trip.

SponsorMe.SamaritansPurse.ca has lots of ideas about potential fundraising events, and helpful tips to make your event a success.

Gloria went to the web pages, established a Sponsor Me account, then wrote text in both of Canada’s official languages to explain why this expressing love to children in need through Operation Christmas Child is so important to her.

Once her campaign was established, Gloria publicized it through posts on her social media channels and by emailing friends and members of her church. Anyone wanting to donate simply had to click on the link Gloria provided. She has already raised more than 80 per cent of her $6,200 goal, and is confident of getting the rest through SponsorMe.SamaritansPurse.ca.

“Sponsor Me is a wonderful idea” for anyone seeking innovative ways to raise funds for what God is doing through Samaritan’s Purse, she said. “It’s so much better than handling donations yourself.”

After sharing the story of the Good Samaritan, Jesus said “Go and do likewise.” That is the mission of Samaritan's Purse—to follow the example of Christ by helping those in need and proclaiming the hope of the Gospel.
Top Stories
Distributing Medical Supplies in Ukraine
Relief Work Wraps Up in Ottawa and Hay River
“Samaritan’s Purse has Helped Me so Much”
A Father’s Journey to Overcome Hunger
Equipping Unsung Heroes to Deliver Relief Deep Inside Ukraine
© Copyright 2022 Samaritan's Purse Canada. All rights reserved.