Sending the Gospel to the Ends of the Earth

Operation Christmas Child gift-filled shoeboxes go to difficult places. From densely populated inner cities to deserts and jungles, local churches are using these gifts to share the Gospel—even where the Name of Jesus has never been heard. Working with these ministry partners, Samaritan’s Purse aims to follow the Apostle Paul’s example and preach Christ where He is not yet known (Romans 15:20-21). Together, despite formidable challenges, the Lord is opening doors for us to deliver Good News and great joy to children in need around the world!

Jesus Christ took our sins and He died on the cross. Then on the third day God in Heaven said, “It’s enough,” and He raised His Son to life. This is the Good News. We’ve got a responsibility to take this message to the ends of the earth. 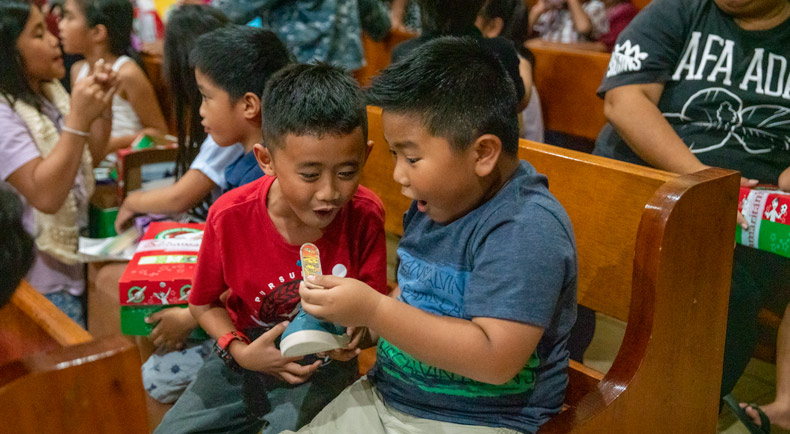 We plan to deliver gift-filled shoeboxes to boys and girls on 1,000 Pacific islands over the next few years. Going island to island with the Gospel, we will work to introduce children to Jesus Christ. This new initiative is in addition to our continuing shoebox outreach efforts in more than 100 countries. 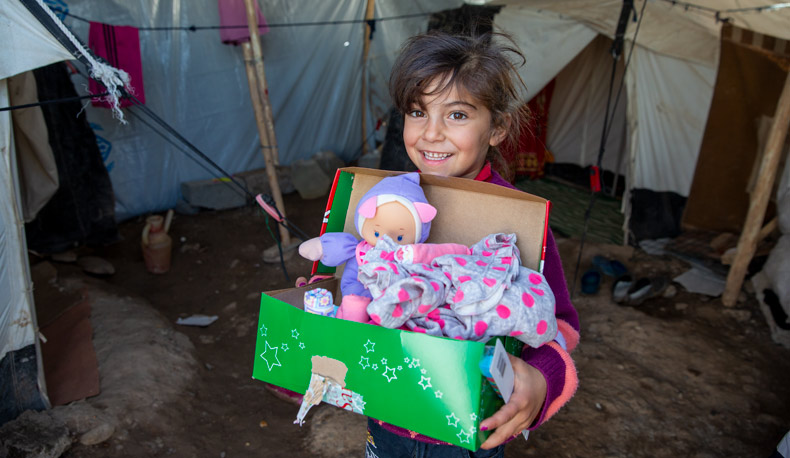 In Over 50 Restricted Countries Since 1993

Some areas are difficult to access with the Good News of Jesus Christ for geographic or cultural reasons. In the last year alone, we’ve given specially-packed shoebox gifts to over 1 million children in more than 25 of these countries. Sent primarily through Build a Shoebox Online, these shoebox gifts provide ease-of-access through customs and give Christians in each nation a platform for sharing the Gospel in a culturally sensitive way.

Where the Good News Has Never Been Heard

Samaritan’s Purse is bringing shoebox gifts and the message of the Gospel to more than 100 ethnic groups whose population is less than 2 percent Christian. Among one of these unreached groups—the Himba of Namibia—we distributed shoebox gifts to 130 children.

“Simple shoeboxes become the bridges to eternity.”—A member of a church in a largely unreached area of Asia

We also partnered with Seed Company, an affiliate of Wycliffe Bible Translators, to translate more than 80 Bible stories, including the entire Gospel of Mark, as well as our follow-up discipleship program, The Greatest Journey. Since the Himba have a predominantly oral culture, these stories were distributed on 170 solar-powered MP3 players. Nearly 50 of the Himba shoebox recipients completed the 12 lessons of The Greatest Journey and, now, there are more than 80 believers among this unreached people group! Their village chief donated land for a church building and Samaritan’s Purse funded its construction. Our partnership with Seed Company continues in more unreached areas. 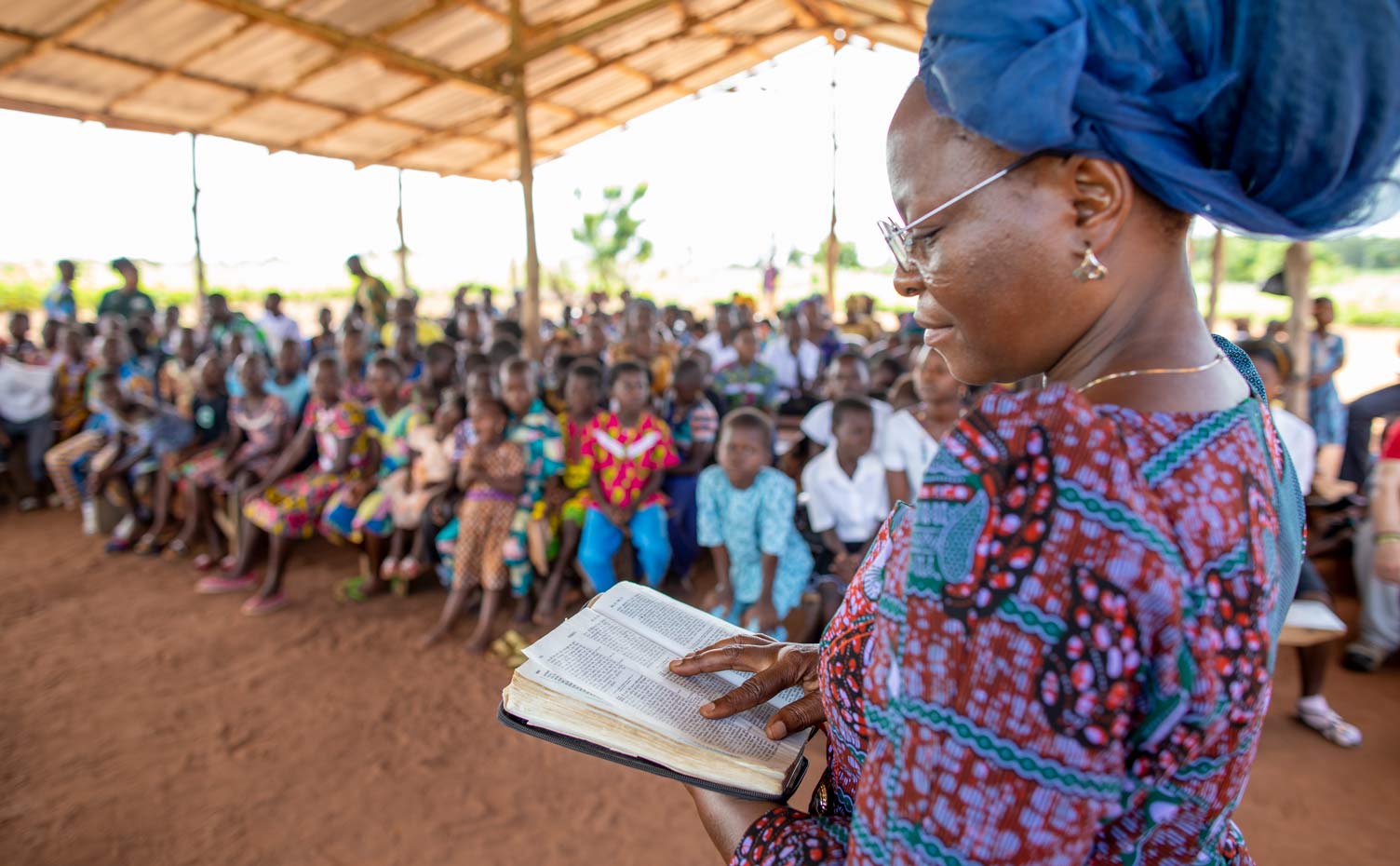 Transforming Communities by the Power of the Gospel

Gift-filled shoeboxes provide a unique way for churches to share the Gospel in new areas. Millions of the boys and girls who receive them are also invited to participate in The Greatest Journey discipleship course, where they learn to faithfully follow Christ and share Him with others. As participants tell their friends and family the Bible stories they learn in class, they, too, become Christians, and in turn, disciple still others. New churches begin and the body of Christ continues to multiply.

The Journey of a Shoebox A Deeper Look Frequently Asked Questions

Have questions or suggestions? Email occinfo@samaritan.ca

You are visiting the Samaritan’s Purse website for Operation Christmas Child Canada.

Click below if you would rather visit the site of one of our Samaritan’s Purse affiliate offices: