Unreached people in Mexico respond to the Gospel 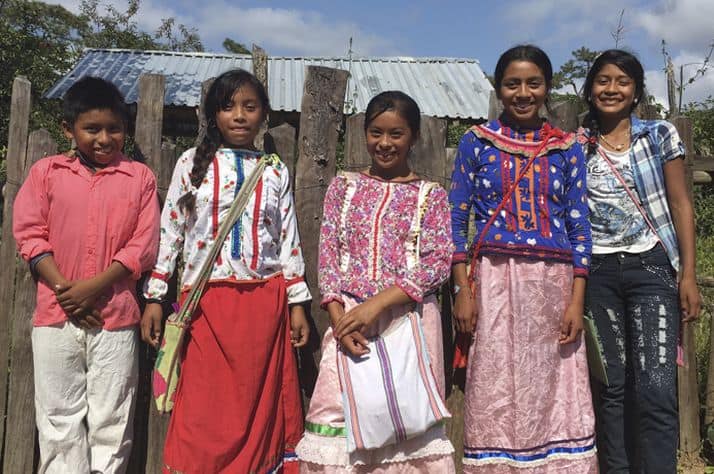 A five-hour drive from the tourist destination of Mazatlán, 10 villages of the Western Durango Mexicaneros—also known as the Nahuatl people—sit nestled in the ridges of the Sierra Madre Mountains.

Subsistence farmers of corn, beans, cattle, goats, and pigs, the Mexicaneros construct their homes with stick frames, filling them with rocks and in some cases covering them with mud. They have no plumbing, and their first schools started just two years ago. In the midst of this, most Mexicaneros follow a folk religion, and fewer than two percent are evangelical Christians. 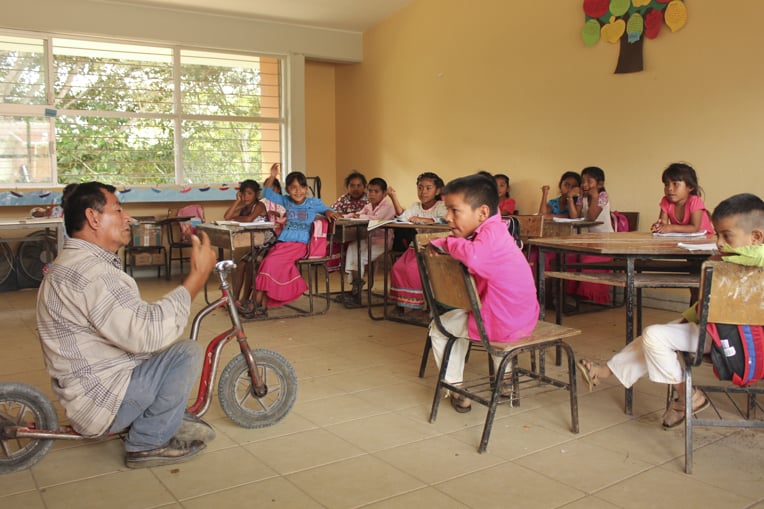 Pastor José speaks at a school—an institution new to the Mexicanero community in the last two years.

Twenty years ago, a villager named Eusebia heard the Gospel preached on the radio. It so touched her heart that she surrendered her life to Christ. She wrote to the radio evangelist, Pastor José, and told him of her decision.

Moved by the spiritual plight of these indigenous people in the mountains of Mexico, Pastor José visited Eusebia in her village, La Laguna. Over the next two decades, as a result of additional radio preaching and half a dozen visits, three more individuals also accepted Jesus Christ as Lord and Savior.

Pastor José was prohibited from traveling to La Laguna more often due to the sheer distance and difficulty of reaching the village. During much of the three-hour drive, his road is a dry river bed. Here he must navigate over and around rocks on the five miles per hour trek from sea level to more than 7,000 feet.

On top of this, Pastor José’s legs are disabled due to polio, and he moves around on his hands and a scooter. His situation is challenging in the city, let alone on rough terrain. But Pastor José doesn’t let this stop him. He handles himself with such poise that people barely notice his disability. 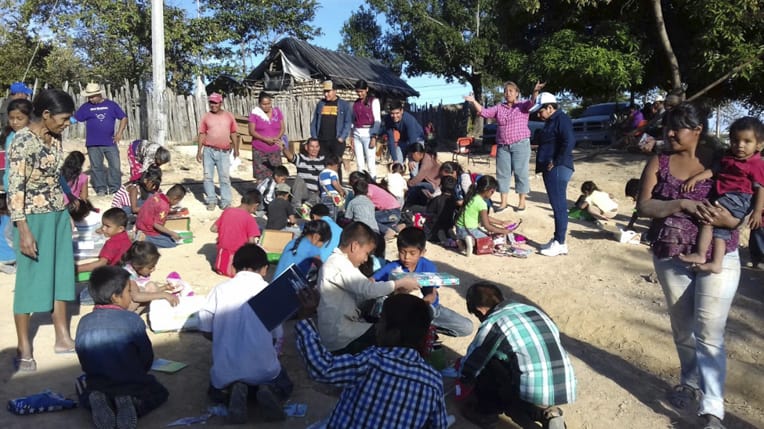 On January 13, Pastor José again made a visit to La Laguna, and this time he came bearing Operation Christmas Child shoeboxes. After presenting the Gospel and the gifts in the morning and showing the Jesus Film that evening, 79 children and 20 adults gave their hearts to the Lord.

“Take heed that you do not despise one of these little ones…For the Son of Man has come to save that which is lost. What do you think? If a man has a hundred sheep, and one of them goes astray, does he not leave the ninety-nine and go to the mountains to seek the one that is straying?” (Matthew 18:10-12, NKJV).

True to His character, the Lord pursued one seemingly forgotten group in the Sierra Madres, and by His grace, another 99 names were added to the Lamb’s Book of Life.

In addition, the surrounding Mexicanero villages have also expressed interest in hearing the Gospel. Pray that they experience God’s love through Operation Christmas Child shoebox gifts and that thriving churches are established.