The Gospel transforms a family in East Africa

15-year-old Bahati and her mother love Jesus today because of the witness of a local church equipped with Operation Christmas Child resources.

Bahati was suffering from constant headaches a couple years ago. So, her mother Sina turned to the only people she thought might be able to help her daughter. 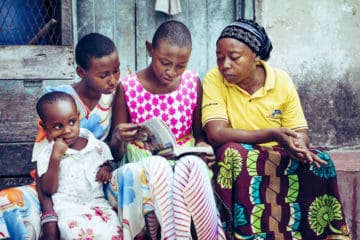 Bahati shared with her family what she learned during The Greatest Journey.

She went to the local Christians and asked for prayer.

Sina was not a believer herself and, in fact, was sometimes unfriendly to Christians. But she’d heard of healings at the church. The church leaders agreed to pray for her daughter, and that is when God began to change everything in their lives.

Bahati’s headaches started to clear up, and she began to excel at school. Everyone who knew her was dumbfounded by the transformation. She used to be confused in classes, but now she was posting high mark in the classes where she used to do most poorly. She became one of the best math students at the school.

Sina couldn’t help but thank the church leaders and their God who had brought healing to Bahati’s life. Bahati herself wanted more of this God, to know Him in fact. 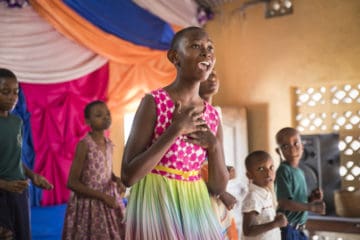 Bahati came to faith in Jesus Christ and is now active in a local church.

“Please keep on allowing me to come to church,” she told her mom. Her mom did not argue. Though the coastal population of Tanzania is majority Muslim with many also practicing tribal religions/witchcraft, neither of those belief systems had helped her suffering child.

Bahati’s mom agreed to let her go to church, which is where Bahati received an Operation Christmas Child shoebox gift.

“When I received the gift box I was so excited. I went home, I showed it to my mother. My mother was very excited.”

The family sipped soda and celebrated each gift Bahati pulled out of the box.

Bahati’s mother said the shoebox gift wasn’t just a blessing to Bahati but to their whole family. The school supplies helped all the siblings with their studies as well. 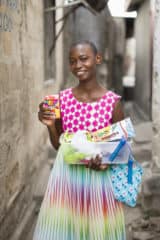 Bahati was grateful to receive school supplies in her shoebox.

As she attended The Greatest Journey classes, she would come home and tell Sina and the rest of her family what she was learning. She talked about loving others, helping others in need, that God created all things—even her—and that God loves the people He created. She also learned about sin and how Jesus can
save us from our sins.

Bahati came home one day and told Sina that she had received Jesus in her heart.

“Bahati told me that I should also receive Jesus Christ,” Sina said. She did trust Him as her Lord and Savior that day. “Now I love Jesus, too, because He saved me.”

The two are now faithful believers, active in the local church.
—
Editor’s note: Bahati and Sina are excited that Bahati will be allowed to go to high school, which is an honor afforded only to the best and brightest students in Tanzania. Now 15 years old, the girl has dreams of becoming a teacher.