Texas Teen Crochets for Girls Around the World 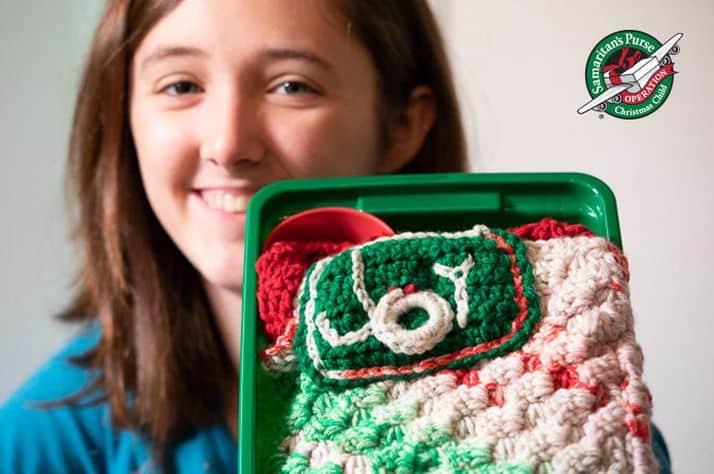 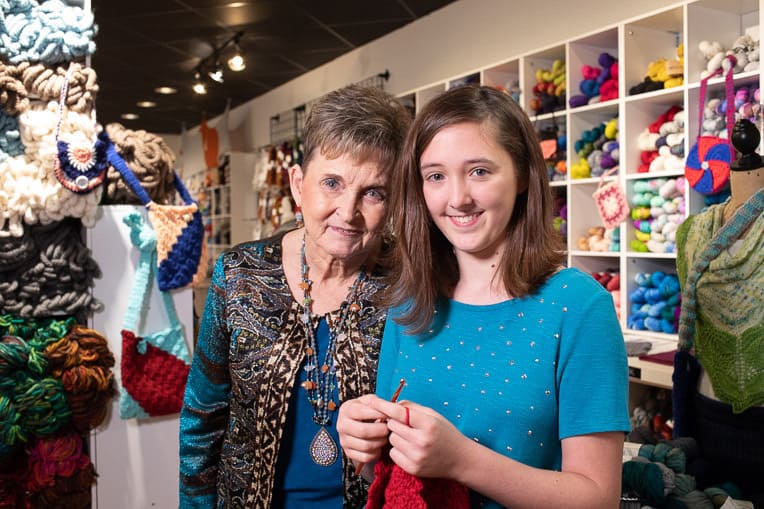 Alathia’s maternal grandmother Sue taught her how to crochet, but Sue says that the teen has a natural ability to be able to complete stitches without needing to look at her work.

Alathia, then 12, was visiting her maternal grandparents in Canton, Texas, when she went with her grandmother Sue to her church’s shoebox drop-off location.

There, Alathia saw as many as 4,000 shoebox gifts, estimating that about half of them were for girls.

“I wondered what it would take to make gifts for that many shoeboxes,” Alathia recalled. “I wanted to do something to get involved, and crocheting was something that I could do.”

Girl on a Mission

Sue had taught her granddaughter how to crochet when Alathia was about 5 or 6 and Sue had included crocheted purses in shoebox gifts before, but neither of them had ever tried to produce items in bulk, certainly not in the hundreds or thousands.

“Alathia is amazingly fast at crocheting,” Sue said. “I’ve never seen anyone who can walk and crochet at the same time, not looking down at her stitches.” 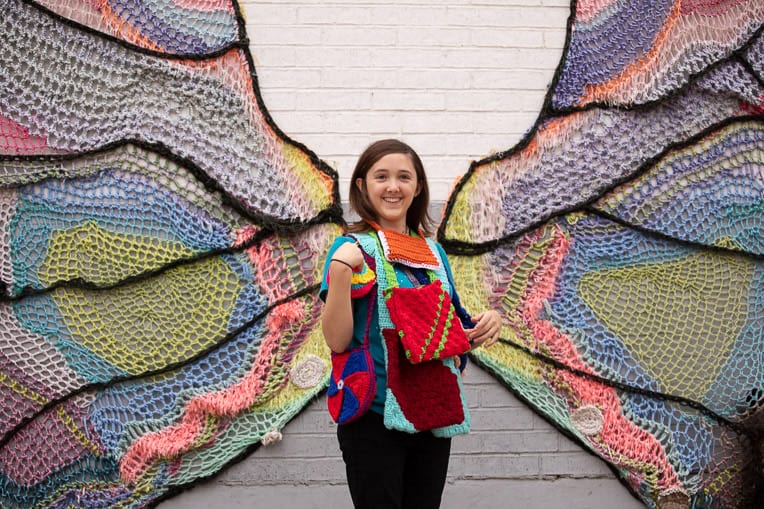 An artist at heart, Alathia displays an array of purses that she and her friends have made against the backdrop of a Fort Worth artist’s depiction of a butterfly.

Despite Alathia’s nimble crochet speed, the family tried to convince her to adjust her goal of having 2,000 crocheted purses ready for the following year’s National Collection Week (2017). They didn’t want her to be disappointed if she didn’t reach her goal.

“We thought it was going to be impossible to buy that much yarn,” said Alathia’s mother Marci.

But it turns out that Alathia wasn’t meant to reach that goal on her own.

During a Sunday sermon, the family’s pastor asked their Fort Worth congregation if anyone had an unfulfilled dream and wanted prayer for God’s guidance. Alathia raised her hand, joined by her parents and brother, who knew how passionately Alathia felt about her shoebox gift dream. Members of the congregation prayed for their unspoken request.

“I had prayed next to Marci, but I felt the Lord telling me to pray for the little girl,” said fellow church member Laquita. “So after the service, I went over to Alathia and told her what God had laid on my heart—that what she’s doing is no small thing. Not knowing what her request for prayer had been about, I was curious to ask, ‘So, what is it that you’re doing?’” 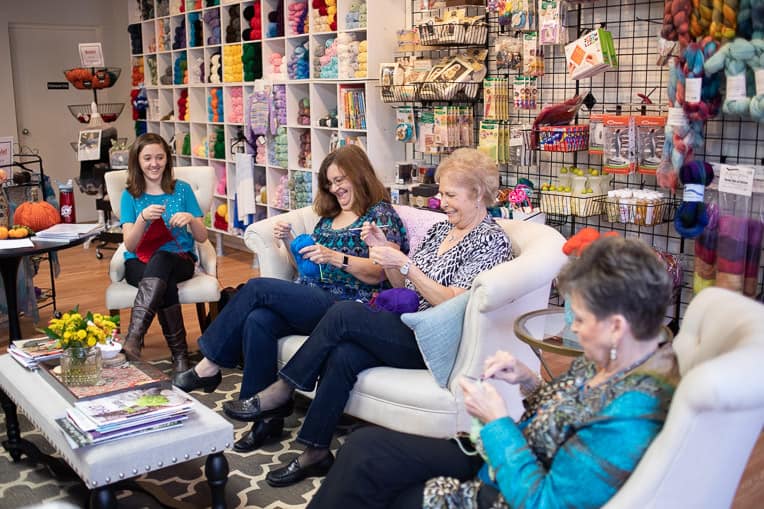 Sue (at right), Laquita, her neighbor Denise, and Alathia crochet at a local yarn store. Last year, they teamed up to help Alathia meet her 2,000-purse goal. This year, they are helping Alathia’s and Laquita’s church include crocheted purses in shoebox gifts.

When Alathia told Laquita that she wanted to fill 2,000 shoebox gifts with crocheted purses, Laquita immediately offered her help.

“That afternoon, I went home and started crocheting,” Laquita recalled. In addition, she recruited neighbors and other friends who knew how to crochet.

The following Sunday and for many Sundays during the year, Alathia left church services with arms full of purses that Laquita and friends had crocheted.

Alathia used money from her allowance to purchase yarn. Then, she started to receive donations for yarn from friends and strangers alike who learned of her shoebox gift goal.

“We began to change our prayer,” Marci said. “Instead of hoping that Alathia would adjust her goal, we began to pray for how God would use this goal to bring glory to Him.”

Alathia took her crochet bag with her wherever she went—crocheting at church, in waiting rooms, and while walking down store aisles. Her favorite place to work was a tree in her backyard.

Alathia ended up crocheting more than 500 purses. When that total was added to the purses done by family and friends, she reached her 2,000-purse goal! After working with Sue to include several hundred of the purses in church shoebox gifts, Alathia and Marci took the remaining purses to our Dallas/Fort Worth shoebox processing center last year to be used as filler items.

“It’s my first dream, my first big goal, I’ve ever had come true,” Alathia said. “I could just see God through it all. He was right there with me.”

This year, Alathia, now 14, has helped her Fort Worth church pursue their first Operation Christmas Child goal of packing 500 shoeboxes—half of them with crocheted purses as gifts for girls. Alathia and her mom plan to volunteer at our Dallas processing center to help prepare shoebox gifts for international shipping.

“I hope a girl’s shoebox gift is a part of her most important day—the day she follows the Lord.”

A Greek word for truth, Alathia’s name refers to John 4:24: “God is Spirit, and those who worship Him must worship in spirit and truth.” Her full name means true joy, and that’s what Alathia prays that shoebox recipients will experience.

“I hope a girl’s shoebox gift is a part of her most important day—the day she follows the Lord,” Alathia said.
—

For over 25 years, Operation Christmas Child, a project of Samaritan’s Purse, has partnered with local churches in more than 100 countries to distribute gifts to boys and girls in need and tell them about God’s Greatest Gift—Jesus Christ.

Be a part of blessing children around the world by prayerfully packing a shoebox and pack shoeboxes online.

Also, consider getting involved by volunteering at our shoebox processing center in Calgary.