Shoebox gifts open doors for the Gospel in South Asia 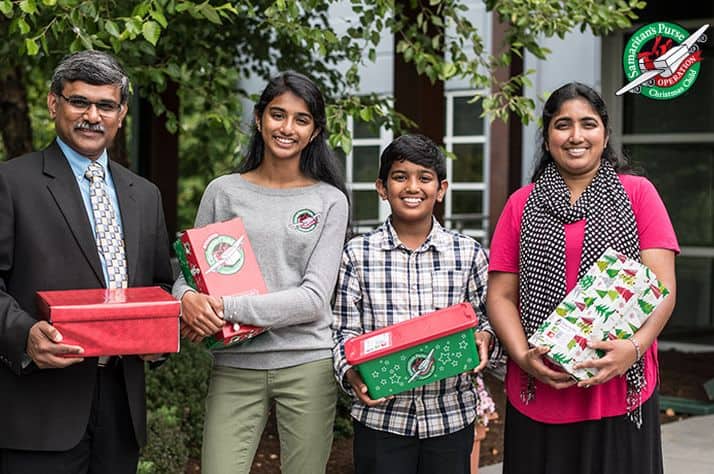 Bible school graduates Raja Asirvatham and Ramya Rajarathinam, a husband and wife team, moved to an area of South Asia with no known Christians with the intent of planting a church. For three years they labored with little visible response from the people—until they delivered Operation Christmas Child shoebox gifts.

These tangible expressions of God’s love proved to be a building block for them in the community. The shoeboxes opened the hearts of villagers—and their own daughter—to the Gospel. By the time the family moved to Massachusetts eight years later, they had established a thriving church of 75 people that continues to grow.

‘The Box Was an Anchor’

Ramya and Raja poured their hearts and lives into Hindu and Muslim people who worked on little farms and in leather and fabric factories. Traveling weekly to a handful of locations, they started by gathering children to tell them Bible stories and sing songs together. They met under trees, on porches, and even in streets, diverting bicycle traffic around them. 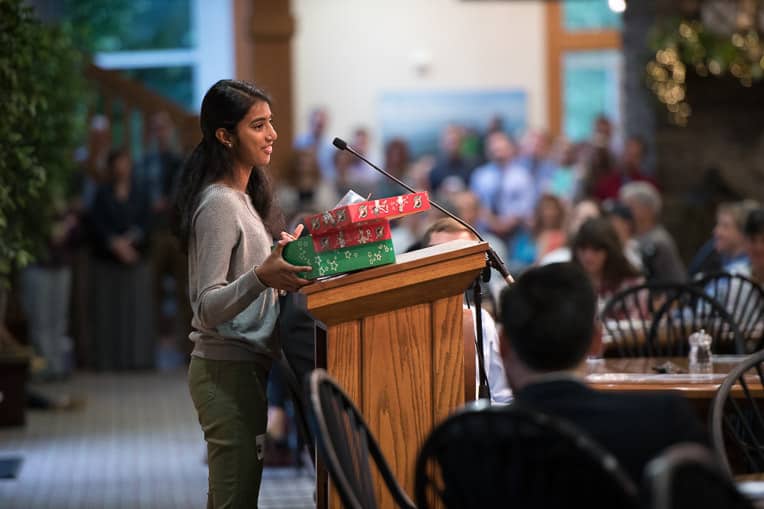 Week after week, they faithfully shared from the Bible in different locations without seeing much fruit. But when they came to each of these places with cartons full of gift-filled shoeboxes the momentum shifted.

“It was such a great tool,” Ramya said. “It paved the way for more relationship.”

Even though the Hindus rarely allowed their children to participate in Bible activities, Ramya encouraged them about the Operation Christmas Child outreach events: “We’re having something special just to show love.”

At each one, the couple shared the Gospel and prayed with children, while parents listened in. “The box was really an anchor to go back more times and build relationship,” Raja said. “Through that people started coming to Christ.”

Down to the Last Shoebox

On one particular February evening, they handed out the last 100 shoeboxes they had received. Their 3-year-old Giftlin had helped at each of these outreach events and understood that they were not for her. But being so young, she was naturally enamored with the boxes full of so many different toys. 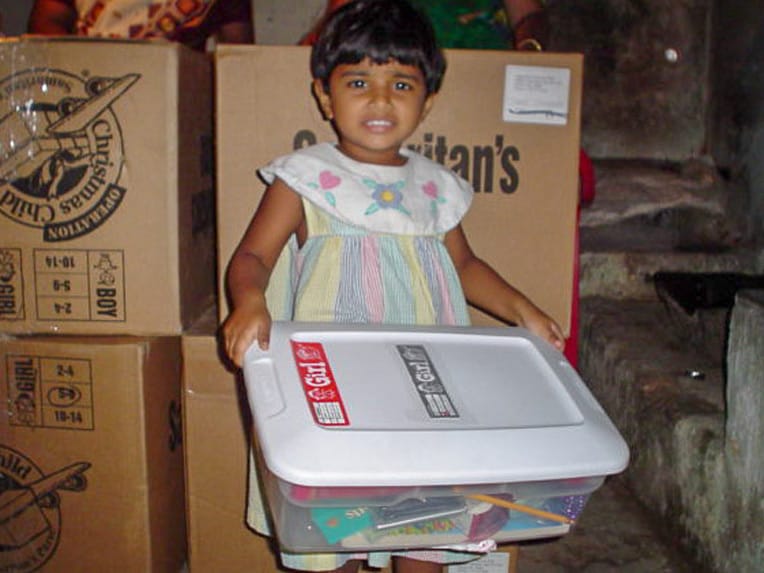 When Giftlin received her shoebox gift in South Asia at age 3, it taught her about God’s love.

After all the children in that location had received a shoebox gift, there was one left at the bottom of the carton. Giftlin could hardly contain her excitement when she learned it was hers.

Inside this precious package, she found colored pencils, a miniature umbrella, and her favorite—a doll.

Looking back years later, Giftlin said, “It shows me how God is so faithful. Though I was a little girl and it was a very simple and selfish wish [to receive one of the shoeboxes], God still provided for me. I learned through it that He really loved me.

“That was a seed that he planted back when I was 3. Little did I know where that seed would take me.”

Raja emigrated to the United States to pursue a master’s degree in 2007 after a week of fasting and prayer about the opportunity. In 2010, his wife and two children followed. Giftlin was 8 and her younger brother Jonathon was 4. That year brought many firsts for the family—not the least of which was Giftlin accepting Christ as her personal Lord and Savior at a Vacation Bible School she attended after they arrived. 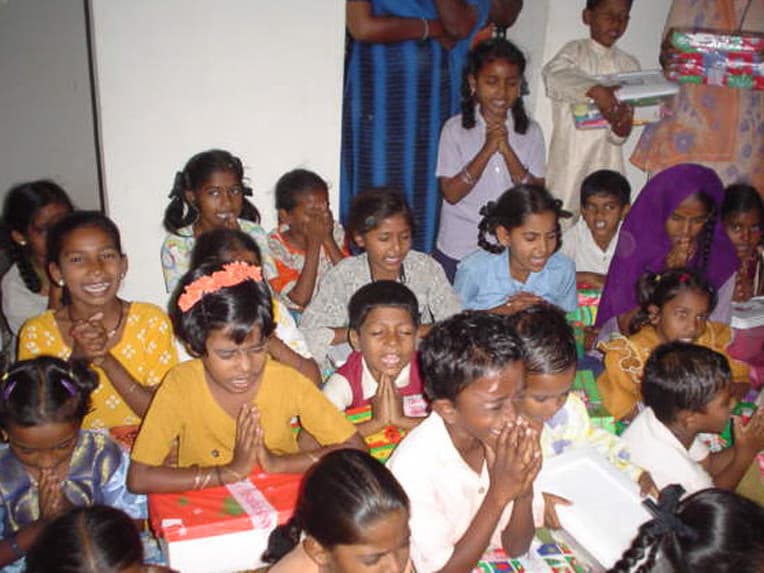 Children in South Asia pray before opening the shoeboxes Raja and Ramya delivered to them from Christians around the world.

“I’ve always known about God,” Giftlin said. “I know the Bible stories and the songs because I’m a pastor’s kid, but that’s when I made the decision to follow Christ for myself.”

That year, Jonathon also surprised his family by coming home from school with an Operation Christmas Child brochure. When Raja and Ramya saw it, they just stared at it! They could hardly believe their youngest child was being invited to pack a shoebox like the one their oldest had received five years before.

“I was overjoyed that God would let us do that,” Ramya said. “I was weeping with joy.”

‘Even One Makes a Difference’

Today, when Giftlin shares her experience of receiving an Operation Christmas Child shoebox gift from Samaritan’s Purse, she has a simple message.

“Definitely pack a shoebox! Even one makes a difference.”

She points out that she received the last shoebox distributed at her parents’ outreach events. If that shoebox hadn’t been packed, she wouldn’t have received one.

Be a part of blessing children around the world by prayerfully packing shoeboxes full of toys, school supplies, and hygiene items. Learn how to pack a shoebox.