From a First Gift to the Best Gift

The first present Viorica ever got was an Operation Christmas Child shoebox. Later, she received Jesus Christ as her Lord and Savior while enrolled in The Greatest Journey discipleship course.

Viorica’s family shares a small wood-frame house with straw and clay walls. Rusted pieces of scrap metal hang from their roof as gutters. Living in Moldova, the poorest nation in Europe and a former Soviet state, the living conditions are not unusual.

Her father is an unemployed alcoholic while her mother works in agriculture from spring to fall. Money is so tight that some winter nights they do not have food for dinner. It is understandable why they cannot afford to give their daughter a gift.

Sitting at her village’s Baptist church several years ago, Viorica was anxious to open her brightly wrapped treasure. It would be the first gift the then 10-year-old girl ever opened. Inside the Operation Christmas Child shoebox, she delighted to find toys, school supplies, and a hat and gloves, but she liked the sweets most of all. She had never tasted anything like them before! 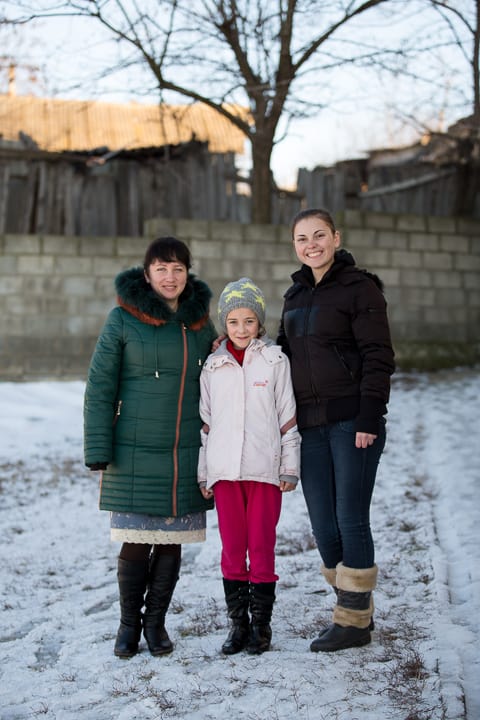 Rodica (left) taught Viorica, who is now a teacher herself. Viorica (right) stands by one of her students from The Greatest Journey class.

In addition to the gift, Viorica enjoyed being accepted by the other children at church. Accustomed to being mocked by classmates because her parents couldn’t afford to buy her fashionable clothes, Viorica said, “I felt I was useless and that no one needed me.” At church, though, things were different.

Some of the kids there invited her to attend a discipleship course at the church. When Viorica enrolled, her teacher Rodica found her to be a curious and well-prepared student. Soon 11-year-old Viorica decided to put her life in God’s hands and accept Christ into her life.

“Through my first present in my life,” Viorica said, “I understood that God gave His only Son to die for my sins so I could be saved—not only me, but the whole world. This is the greatest gift.”

Growing and Teaching
Viorica’s parents did not approve of her decision to follow Christ. This only added to the tension at home where her parents quarreled regularly. Viorica would often run away due to the fighting.

Aware of these challenges, Rodica encouraged Viorica, “If people reject you, Jesus will accept you. You’re important in His eyes.”

The church watched as Viorica grew in faith. When she turned 14, they invited her to teach The Greatest Journey, the Samaritan’s Purse discipleship program for children who have received a shoebox gift.

Today Viorica is 17 years old and she still loves teaching the course. “I want to help other children just as others helped me,” Viorica said. “I like The Greatest Journey curriculum because it contains many interesting Bible stories and teaches about Jesus Christ, who teaches us how to live.”

When her students graduate from the program, Viorica is filled with joy because she can see changes in their lives.

Take Alina for example. Early in The Greatest Journey, she was selfish and disobedient. After becoming a Christian during the course, Viorica said, “She changed her attitude and started to share with classmates, friends, and other children.”

More Lives to Be Changed through The Greatest Journey
Viorica’s pastor Ion Groza, coordinator of Operation Christmas Child in Moldova, said, “The Greatest Journey is a message from God. It is a method to help us start to work with children and, through it, build relationship.”

For Pastor Ion’s church that relationship includes helping Viorica attend school to become a seamstress in Cahul, a town about 15 minutes from their village. Viorica is grateful for their financial support and advice. Some fellow students still mock her, but now it is because of her faith, not her clothes.

“My life changed totally when I became a child of God,” said Viorica. He gave her hope for her relationships as well as her future. And now with training in a trade, she knows that life can be different from what she has known.

As a seamstress, Viorica intends to create clothing for children in need so other children will be spared some of what she experienced. One day she also hopes to start a Christian family of her own. “I want to make God the life of my family,” said Viorica. 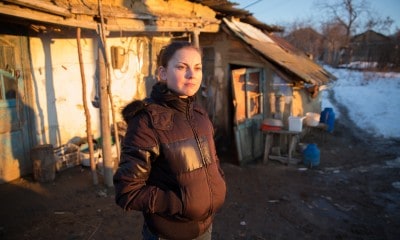 Until then, Viorica said, “My biggest wish for my students is to have Jesus Christ in their heart and to continue to walk with God.”

Vitaly Dudukaloff, an Operation Christmas Child leader in the region, said, “Life in small villages is very tough. Adults are suffering but kids are the ones who suffer the most. Viorica’s life is a wonderful example of how lives are being changed.”

Nearly 7,500 students enrolled in The Greatest Journey in Moldova last year with 7,000 of them committing to share Christ with family and friends. Churches are working and praying toward 10,000 participating this year. Worldwide, more than 4.6 million children have taken the discipleship course since it began in 2009.

God is using simple shoebox gifts and The Greatest Journey to give children like Viorica His best. Receiving Christ, they are not keeping Him to themselves.

Prayer Request
Please pray for graduates of The Greatest Journey to become dynamic witnesses for Christ among their relatives, their classmates, and their communities.