Enrico and a baseball

Enrico received a shoebox in Argentina at age 8.

Enrico Pellini was born in Argentina, to parents who were passionate about sharing the love of Jesus to their own people. As they followed their passion to share Christ with many, Enrico’s family moved around often, willing to go wherever the Lord called them to serve. Often times they found themselves bearing financial burdens as they lived a very simple lifestyle. 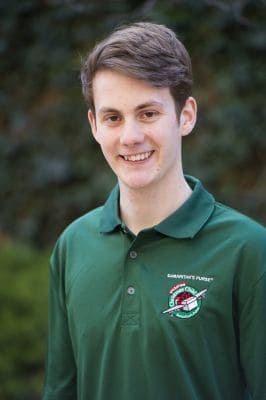 Enrico received a shoebox in Argentina at age 8.

Enrico was 8 years old when he was invited to attend a Vacation Bible School in a nearby church. The day was filled with games and activities. At the close of the day, the children were brought together into an assembly and were introduced to the gospel of Jesus Christ. As Enrico was sitting in the grass listening to the story of Jesus he heard many times before, his attention shifted to large brown boxes piled up behind the pastor. As the colorful boxes were passed out to tiny hands, Enrico couldn’t keep his eyes off of what he knew was his box. He was curious and his eyes lit up as he was handed a tangible representation of God’s love. As he opened his shoebox, his attention went straight to a squishy baseball that he still has to this day. This ball made him feel special in a country where baseball is not popular.

Even though Enrico was a Christian when he received his shoebox gift, what made a big difference to him is that a stranger, someone he would probably never meet, gave him a physical example of God’s love. It was that day when he realized that God’s love is meant to be shared and not be kept to ourselves. He was reminded that the only reason we are now able to love is because God first loved us.

Today Enrico loves to extend God’s love to children around the world through packing shoeboxes himself.

Enrico and his family moved to Canada in 2009. He is now a full time Bible student and desires to be a youth pastor one day.