Christian Leaders in Guam Are Excited About Operation Christmas Child 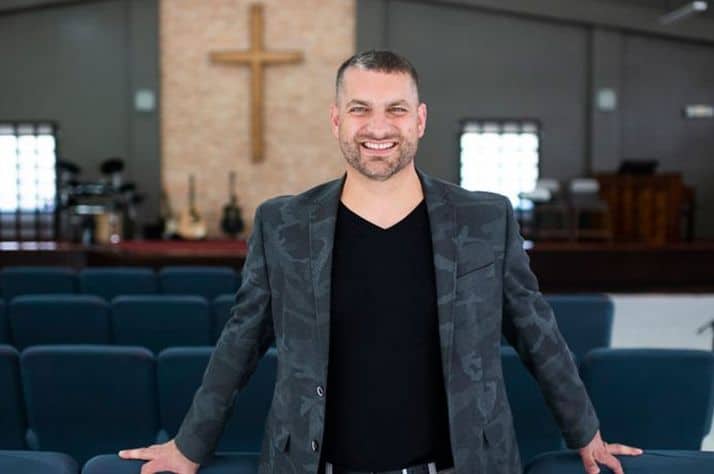 Gift-filled shoeboxes were handed out to children on Guam in early 2020 as part of Franklin Graham’s bold vision to reach every child on 1,000 Pacific islands with the Gospel over the next few years.

Guam, the westernmost territory of the United States, is a rich blend of various cultures. Located in the north Pacific—about 1,500 miles east of the Philippines—Guam’s 168,000 citizens include the island’s native Chamorros, along with a melting-pot population from the Philippines, Japan, South Korea, Russia, Australia, the mainland U.S., Europe, and various other Micronesian islands.

“I love the culture differences,” said Andy Loos, pastor of Guam Bible Fellowship. “But no matter where people are from originally, they are hungry for the truth. There is a huge need for the Gospel on Guam. It’s a great harvest field waiting for Jesus.” 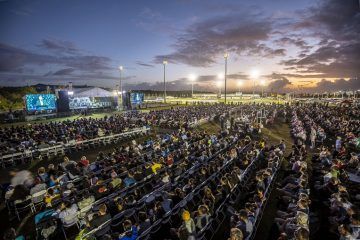 Getting involved with the evangelistic festival and with Operation Christmas Child led to connections with other pastors and leaders on Guam.

Andy and his wife Jennifer moved to Guam in September 2019, after pastoring for 22 years in the U.S. and planting churches in Ohio and Florida. Wherever they ministered, they were always actively involved with Operation Christmas Child.

“We’ve been involved with Operation Christmas Child for many years,” Andy said. “Our kids went to Christian school and were introduced to it there. It was something we always did at Christmas.” They also collected shoeboxes at their churches. But when they moved to Guam, they had no idea they would soon be distributing boxes and not just packing them.

Getting involved with the evangelistic festival and with Operation Christmas Child led to connections with other pastors and leaders on Guam that would have otherwise taken years to establish, Andy said.

“The Lord is taking all of us pastors and our congregations and meshing us all together into one great big awesome body of Christ—the church on Guam,” he said. “That’s what I see through the facilitation of the Franklin Graham ministry. It’s been such a blessing.”

First Shoeboxes Handed Out on Guam

The first shoebox distribution on Guam occurred in January 2020 at Guam Bible Fellowship. Andy and Jennifer also oversaw a second event on the southern part of the island in the village of Umatac. They were overwhelmed by what they saw. 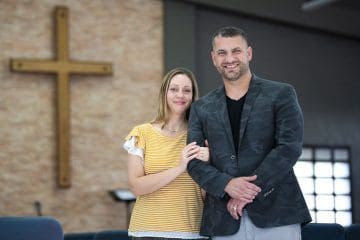 Andy and his wife Jennifer were amazed and encouraged by God’s work through shoebox distributions in Guam.

“A little girl at the distribution had asked her dad for some art supplies, but they couldn’t afford any,” Andy said. “She opened her box, and it was filled with art supplies. She was so excited and so were her parents. They were wiping tears away as they saw the joy on their little girl’s face. And only Jesus knew how to get that box to that little girl.”

There also was a boy at the event who was having trouble with his socks. “The socks were all stretched out, and he would continually have to pull them up,” Andy said. “When he opened his shoebox, a brand new pair of socks were inside. He immediately took off his shoes and socks and put the new socks on. His mom was watching and said, ‘Look! This is exactly what you needed.’ Something as simple as socks and art supplies, these things that many people take for granted, were the gifts that these children needed. It was so awesome to see how the Lord knows how to give good gifts to His children.”

Jennifer presented the Gospel at the outreach events and was in awe as many of the children prayed to receive Christ. “Just watching the kids say that prayer was amazing,” she said.

Shoebox distributions had just begun on Guam when the COVID-19 pandemic put the area on lockdown. When restrictions are lifted, festive events will resume to distribute
shoeboxes, and The Greatest Journey course will be taught by Andy and Jennifer who can’t wait to begin teaching the material.

“We are very grateful for The Greatest Journey tools,” Jennifer said. “You’re teaching kids things they need for life: what to do to repent, who Jesus is, how to pray. Children can make a decision for Christ at an early age and can live their entire life for Jesus if they are given the right tools.”

The faith journeys of many children on Guam will one day be traced back to this year’s shoebox distributions and those to come.

Andy sums up the goal of this shoebox project in clear terms: “The boxes allow us to minister to these kids and their families, and to share with them the Greatest Gift of all, who is Jesus Christ.”

Please pray for the children on Guam and for Andy and Jennifer as they resume distributions and begin teaching The Greatest Journey.