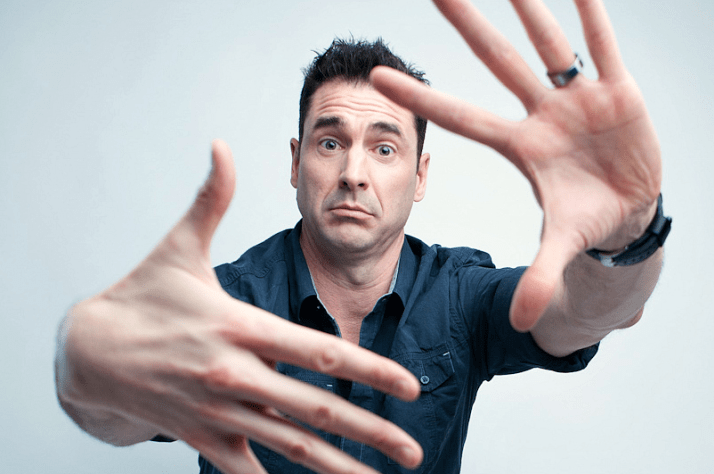 After seeing young lives transformed in Africa through The Greatest Journey evangelism and discipleship program, Comedian Leland Klassen was inspired to use Sponsor Me to raise almost $2,000 toward the ministry.

Leland Klassen admits he was like many other Canadians who believe Operation Christmas Child is solely about providing gift-filled shoeboxes to children in need. The Christian comedian learned otherwise when he went on a Samaritan’s Purse trip to the African nation of Senegal.

While there, Leland helped distribute shoeboxes. But he also experienced The Greatest Journey, Samaritan’s Purse’s 12-lesson evangelism and discipleship program. Whenever possible, we offer the program through our local church partners to children after they receive their shoeboxes.

“Once I saw The Greatest Journey in action and the results amongst the kids there, that’s when I realized how important it is,” said the 46-year-old British Columbia resident.

Knowing that in many countries, children will never have the opportunity to graduate from school or anything else, we work through our church partners to create graduation ceremonies for every child who completes the 12 Greatest Journey lessons.

“I went to a couple of graduations and so many of these kids had committed their lives to Christ,” Leland said. “When you see that kind of eternal change, and not only some pretty cool gifts, that took this ministry to a whole other level of importance.”

Leland was so moved by how God used The Greatest Journey in Senegal that when he returned to Canada, he approached Samaritan’s Purse and asked how he could contribute to the program. 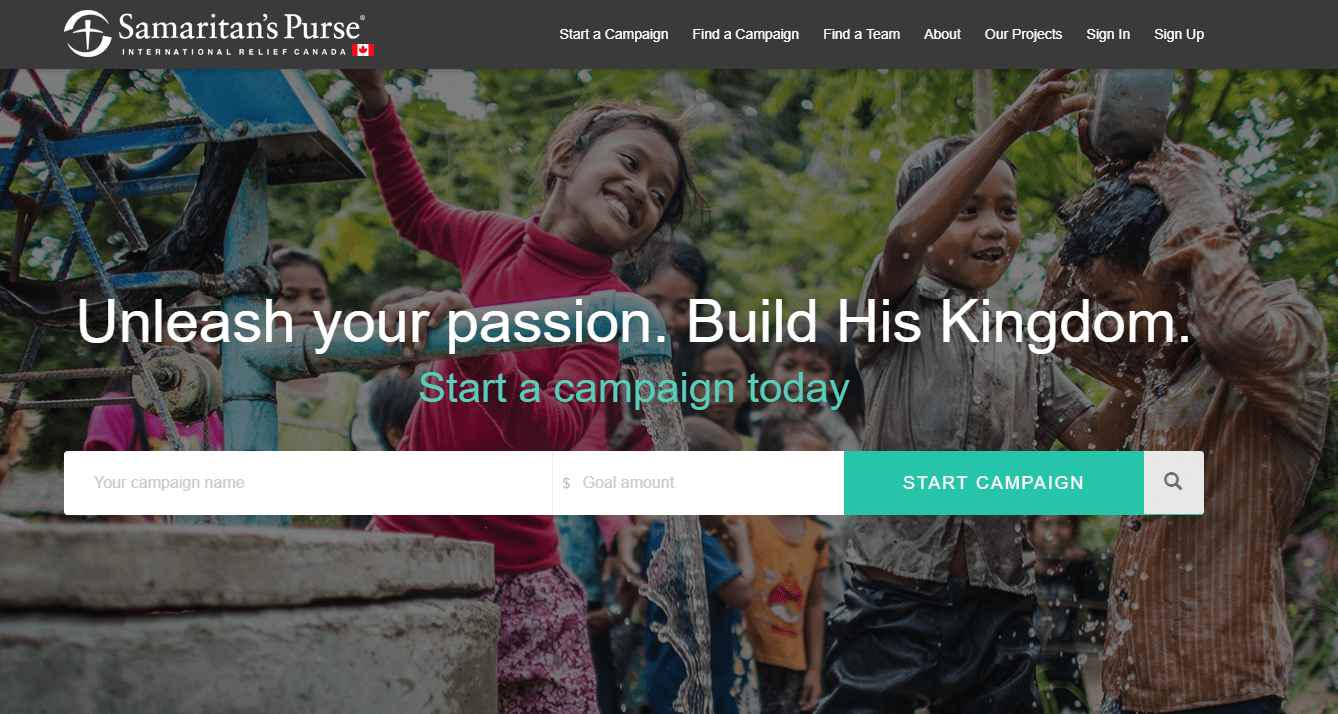 Creating an online campaign with Sponsor Me is easy! Go to SponsorMe.SamaritansPurse.ca to get started.

Using SponsorMe.SamaritansPurse.ca is easy. Create an account, then browse the webpages for campaigns you want to financially support. You can also start your own campaign to raise funds for your favorite ministry, or to offset the costs of going on a Samaritan’s Purse mission trip.

SponsorMe.SamaritansPurse.ca has lots of ideas about potential fundraising events, and helpful tips to make your event a success.

Once you’ve created your campaign and written text explaining why your Samaritan’s Purse project is so important to you, it’s easy to publicize your campaign through social media. The campaign webpage has buttons to put links on your Facebook and Twitter accounts.

You can also copy and paste the campaign webpage address into an email to friends, family members, school mates or work colleagues. Supporters can use the link to go to your campaign page and easily make a tax-deductible donation directly to the project you’re supporting or the trip you’re going on.

“I’m not a technical kind of guy, but this was really easy to set up and operate,” Leland said. “That was a pleasant surprise.”

After he’d set up his campaign, Leland publicized it during several Ontario shows. Even without putting links on social media, he was able to raise almost all of his $2,000 fundraising goal.

“If others are thinking of using SponsorMe.SamaritansPurse.ca to fundraise for their favorite Samaritan’s Purse projects, I’d say absolutely,” Leland said. “It’s a no-brainer for a good cause.”

After sharing the story of the Good Samaritan, Jesus said “Go and do likewise.” That is the mission of Samaritan's Purse—to follow the example of Christ by helping those in need and proclaiming the hope of the Gospel.
Top Stories
You Can Still Pack Shoeboxes Online!
Work Finishes on Prince Edward Island
Cattle Farming Offers Income for Impoverished Families
Emergency Relief Supplies Distributed After Deadly Flooding in Pakistan
Piglets Bless Families in Indonesia
© Copyright 2022 Samaritan's Purse Canada. All rights reserved.