Shoeboxes of hope on Easter Island 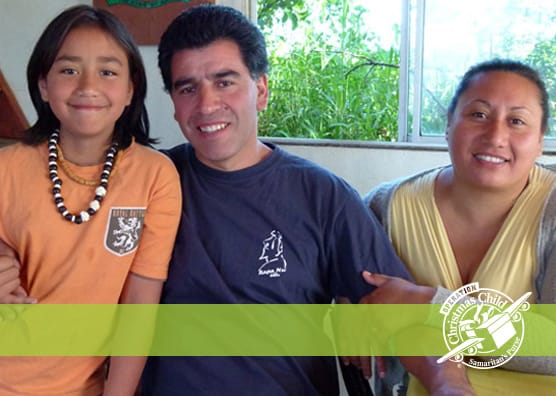 On Easter Island, a little boy receives an Operation Christmas Child shoebox and shares his new toys with other children as he battles through cancer treatments.

Easter Island is a remote Chilean territory in the South Pacific, but not too remote for Operation Christmas Child. Almost 1,000 Canadian shoebox gifts were sent to Easter Island in 2009.

“I remember that day,” says Ismael, now 10 years old. “There were a lot of children in the town square, and we were curious about those green and red boxes. I still have a toy from that day!”

That shoebox toy is now in Santiago, Chile, where Ismael has spent much of his life in hospital receiving treatment for Hodgkin’s Lymphoma.

In spite of the hardship their family has endured, Ismael’s parents, Margarita and Javier, are thankful for the opportunity that God provided them to minister to parents of other children in cancer treatment.

Ismael doesn’t remember all the details of his ordeal. But he giggles and recalls how much fun he had in the hospital, sharing his shoebox toys with other kids.

Margarita remembers him telling her: “Don’t cry mom. If I die, I will be with Jesus. And I will be better off.”

But Ismael fought hard. His hair fell out because of chemotherapy treatments-a difficult thing for a child whose identity as a Polynesian is closely tied to having long hair.

It’s only been a few months since Ismael and his family returned to Easter Island with a clean bill of health. His hair has grown back, and he is returning to swimming, fishing, snorkeling, and surfing with his two brothers.

“Margarita remembers him telling her: “Don’t cry mom. If I die, I will be with Jesus. And I will be better off.”

Meanwhile, Margarita expresses heartfelt thanks for the distribution of Operation Christmas Child shoeboxes in Easter Island. It brought joy and laughter to her son, but it also united all the churches of the island. She was especially impressed by the photo and card included by a Canadian family who cared enough to send a gift to a Polynesian boy living at the ends of the earth.

This inspired Margarita and Javier to ask friends and family to prepare gifts and encouraging notes for children in the cancer ward in Santiago, Chile.

For the last three years, these gifts and notes have been distributed to children in that ward in Chile-all because one simple gift from Canada touched the life of a boy and his family on Easter Island.

You can make a difference in the life of a child, family, and community! Learn more about packing shoeboxes.