Shoebox touches the heart of a Bosnian leader 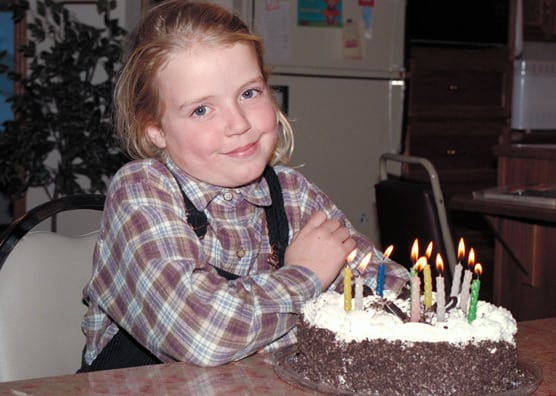 A Canadian child’s gift-filled Operation Christmas Child shoebox has a powerful impact in a war-torn country.

When six-year-old Sarah Judson packed her first gift-filled shoebox in 1993, little did she know the powerful and lasting impact it would have on the other side of the world.

Living in Drayton Valley, Alberta, Sarah contributed to Operation Christmas Child during the first year of its existence. Her shoebox was among a few thousand from Canada and the United States that were sent to refugee children in Bosnia, where ethnic and religious tensions had erupted into war and genocide.

Though she was unaware of the suffering that many Bosnian children endured on a daily basis, Sarah was still thrilled to pack a shoebox. She slipped a white teddy bear among the gifts, along with a picture of herself and a note. Sarah hoped the child who received the box would write to her.

“I was really excited to pack a shoebox because I wanted a pen pal,” Sarah recalled. “I said hello, introduced myself, and said I hoped they would enjoy their gift. But I never heard back. I was so disappointed.”

At first, the story seemed to end there-a small act of kindness in Canada. A faithful Sarah continued packing shoeboxes year after year, but no longer included personal notes with her gifts.

Then, in 1999, a woman named Ann from Saint-Lambert, Quebec, called the Judson home in Alberta, asking if anyone named Sarah lived there. And though it wasn’t in the form of a pen pal, Sarah finally received a response to the first shoebox she’d packed six years earlier.

Ann shared with Sarah a series of incredible events that prompted her phone call.

A heart is softened

Ann’s husband, Pierre, was employed by the United Nations in Bosnia-Herzegovina after the war ended in the mid-1990s. Although he was only one of many aid workers from around the globe to serve there, Pierre was surprised to discover that Midhat Skenderovic, the second most powerful man in Bosnia at the time, treated him with immense respect-beyond what other aid workers were receiving.

“Why are you treating me so differently than everybody else?” Pierre asked the Bosnian official.

Skenderovic responded by describing a terrible time six years earlier when there was still violence in the streets, people were struggling to feed themselves, and he had nothing to give his family for Christmas. That was when a Canadian man walked into his office with a gift-filled shoebox from Canada. It was Sarah’s box, and Skenderovic told Pierre that since then, Canadians had held a special place in his heart. 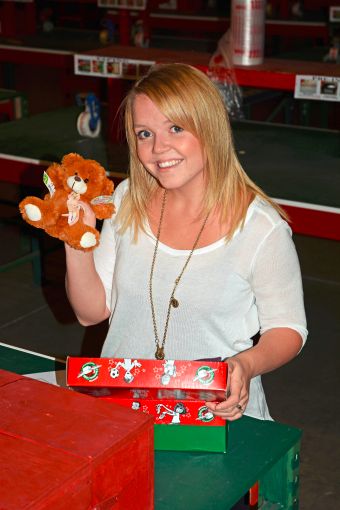 The gift-filled shoebox had impacted Skenderovic so powerfully that years later, he still had Sarah’s letter in his desk drawer. He shared it with Pierre, who phoned his wife in Quebec and asked her to find Sarah somehow and share it with her too. That happened when Ann phoned a 12-year-old in 1999.

“When I heard the impact that my shoe box had, I thought, “This really does make a difference,” Sarah, now married and known as Sarah Streuber, recalled recently.

She packed five shoeboxes in 1999. Although several years have passed, and she is now married and leading a busy graphic design business, Sarah remains firmly committed to Operation Christmas Child.

“This story has been in the back of my head all my life,” she said. “I feel that God really had a hand in the events that took place and in Operation Christmas Child. I pack shoeboxes every year. I’ve gotten my neighbors involved, and I often volunteer at the Calgary processing center.”

Sarah encourages people to give through Operation Christmas Child and through other Samaritan’s Purse projects.

“Don’t underestimate the power of God in the little things that you do,” she said. “The shoebox I packed as a child had a huge impact in Bosnia, and it transformed the direction of my own life.”