The doll that Jazmin received in her shoebox gift at age 6 was an answer to her prayers. Years later, God used the letter she received in that same shoebox to draw her to Himself.

Jazmin had been longing for a doll of her own. When she received one at age 6 in an Operation Christmas Child shoebox, she thanked God for the gift. 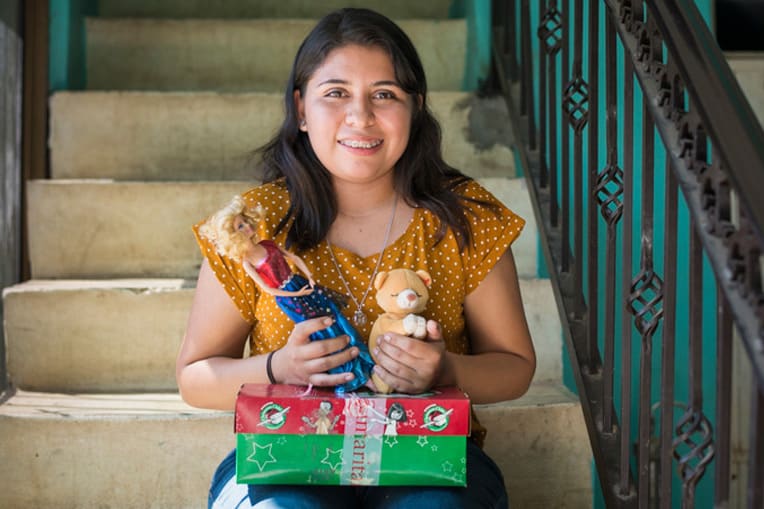 Jazmin named the teddy bear she received in her shoebox gift Hope because that’s what she found through the letter inside that God used to work in her heart.

“It was very exciting,” Jazmin, now 17, recalled. “It wasn’t only a doll, it was a princess doll. I didn’t have anything like it. I thought it was the best gift I would get in my life. I was running around and showing it to everybody.”

She also received crayons, colored pencils, notebooks, a teddy bear, a yo-yo, bracelets, hairbands, and sunglasses in her shoebox gift.

Jazmin says she used the colored pencils and notebooks to practice sketching for hours on end, contributing to her later pursuing a talent as an artist.

“It was as if the people who packed that shoebox gift knew exactly what I wanted, what I needed, and what I had prayed about,” Jazmin said. “Later, I realized that it was God who has known all of that from the very beginning.”

‘We Hope You Give Your Heart to God’

Underneath some of the items in Jazmin’s shoebox was a letter and photo from the family who had packed her shoebox gift. The photo included a girl who was about the same age as Jazmin at the time. 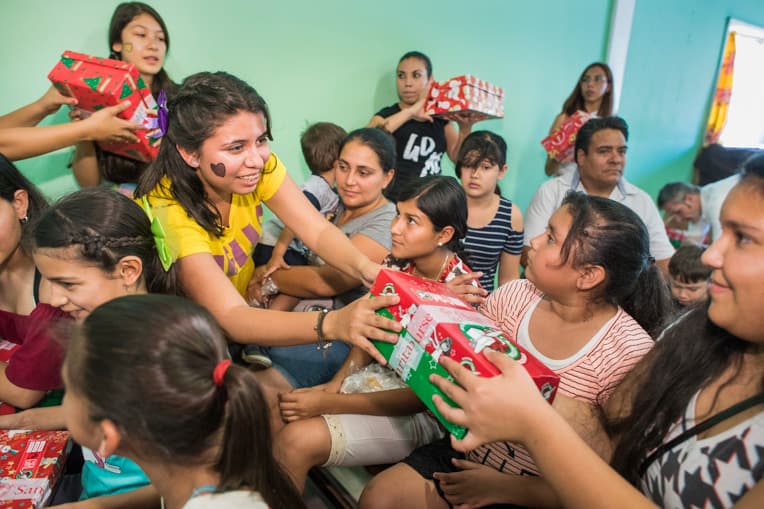 “The letter said, ‘Jesus loves you. You are special. God will never fail you. Remember that God is always in control,’” Jazmin recalled. “‘The gift of what God has for you is greater than any gift we could give you. God loves you because He sent His only Son for you. We hope you give your heart to God.’”

Jazmin read the letter over and over again, amazed at the gifts in the shoebox as well as the message that accompanied it. She received the shoebox gift at the church in Mazatlán, Mexico, that she attends with her family. Both of her parents are believers in Jesus Christ. But Jazmin assumed that their faith automatically applied to her.

“I thought that my parents’ faith would get me to Heaven,” Jazmin recalled. “My parents always told me, ‘Follow Jesus.’ But I always thought if they’re Christians, then I am a Christian. I thought that I didn’t need what they have if I’m with them.”

A Crisis of Faith

Jazmin continued to rely on the strength of her parents’ faith until her sister’s illness caused them to relocate to another city for medical treatment. Jazmin stayed with her grandparents during this extended time. 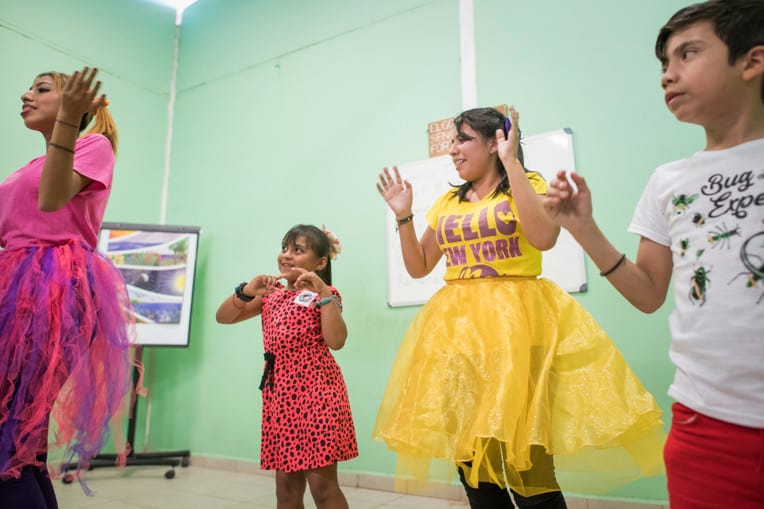 Jazmin and fellow members of her church praise team lead music during an Operation Christmas Child outreach event at one of the church’s feeding centers where they teach little ones about Jesus.

Missing her parents and worried about her sister, Jazmin milled around her room and rediscovered the shoebox gift that she had stored away. The letter was still there, and its message seemed just as relevant.

“I felt that God was speaking to me through that letter,” Jazmin said. “In that moment, I realized that it wasn’t just the people who had packed the shoebox who had given me that shoebox, it was God who gave me that shoebox.

“It helped me to realize that God is always in control, and He puts all things together,” she said.

When Jazmin’s sister returned home in better health along with her parents, Jazmin again turned to the letter as a way to feel close to God.

She said she felt a sense of God’s presence: “I felt Him saying, I know you. I know who you are, and I love you. I want you to accept Me into your heart. I want you to give Me all that you have, and I’ll be there for you.”

“I knew that I needed something,” Jazmin said. “I needed to make a decision. I needed Jesus.”

“He gave that shoebox to me, and God gave a gift to me again at age 12 when I prayed for Him to be my Savior,” she said.

Jazmin emphasizes the importance of including notes in shoebox gifts that present the Gospel. God uses them to touch children’s hearts like He did hers, she said.

“Now I know that God had a purpose for me all along—to praise Him with all my heart, to grow in faith, and to share about Him with others,” said Jazmin, whose name means “God’s gift.”

A Faith of Her Own

Jazmin has recently used her artistic talents to paint the walls of one of her church’s feeding centers, which her parents operate as a ministry to children. She helps them at the center, is a member of the church’s praise team, and volunteers with the church’s Operation Christmas Child outreach events in surrounding communities. 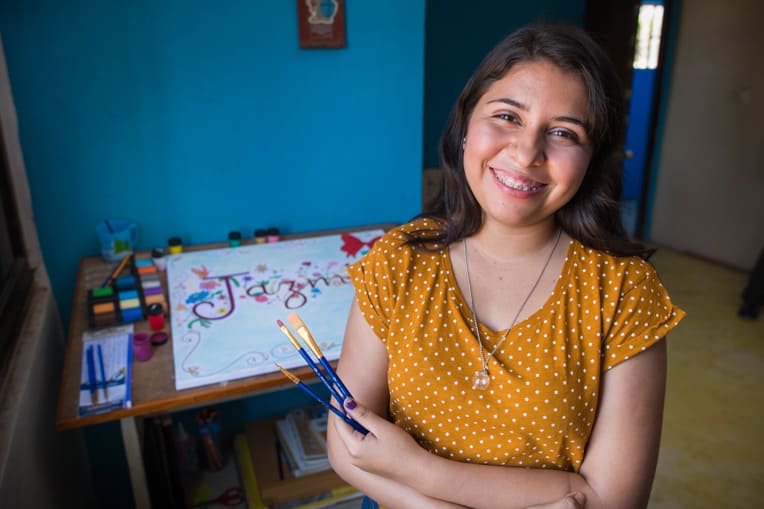 Jazmin, now 17, further developed her love for drawing and painting through the colored pencils and notebooks she received in her Operation Christmas Child shoebox gift at age 6.

Jazmin received her shoebox gift before we began The Greatest Journey follow-up discipleship program in 2009, but now she wants to teach the lessons to a new generation of shoebox recipients.

“Through Operation Christmas Child, I get to help give kids the joy and blessing I felt as a shoebox recipient,” she said. “More importantly, I get to share with the kids about God’s Greatest Gift. The best gift is to accept Jesus in your heart and put your faith in Him. That’s the best gift in life.”