Operation Christmas Child is bringing joy to children whose homeland is caught in a downward spiral.

Well more than 2 million Venezuelans have left their nation over the past few years, many fleeing to neighboring Colombia. They’re leaving because the situation in Venezuela is bleak—with runaway inflation, increasing crime, and critical shortages of food and medicine. As the economy collapses, families simply can’t afford to eat. 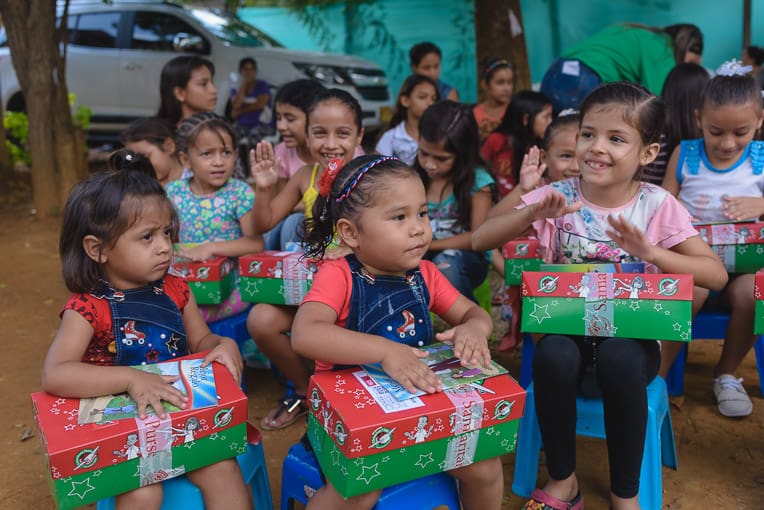 Children get ready to open their shoeboxes.

Some Venezuelans go back and forth across the border every day. Others are walking through Colombia on their way south to Peru or Ecuador. Others still have made Colombia their new home, whether for a short time or a long time they don’t know.

Regardless of their circumstances, thousands of Venezuelan children will receive shoeboxes full of gifts from Samaritan’s Purse this year in Colombia. Through our Operation Christmas Child project, they will receive toys, school supplies, clothes, and much needed hygiene items. Most important, they will hear the Good News of Jesus Christ.

Joy for Families in Need

At a recent shoebox gift distribution in the border city of Cúcuta, Colombia, dozens of children—a mix of Colombians and Venezuelans—and their parents gathered at a local evangelical church.

In this struggling neighborhood on the west side of town, it’s hard to be a kid surrounded by drugs, crime, and abuse. But for a little while these youngsters smiled with joy as they joined Operation Christmas Child leaders in singing fun songs, participated in an interactive Gospel presentation complemented by colorful visuals, and ultimately opened shoeboxes brimming with gifts. 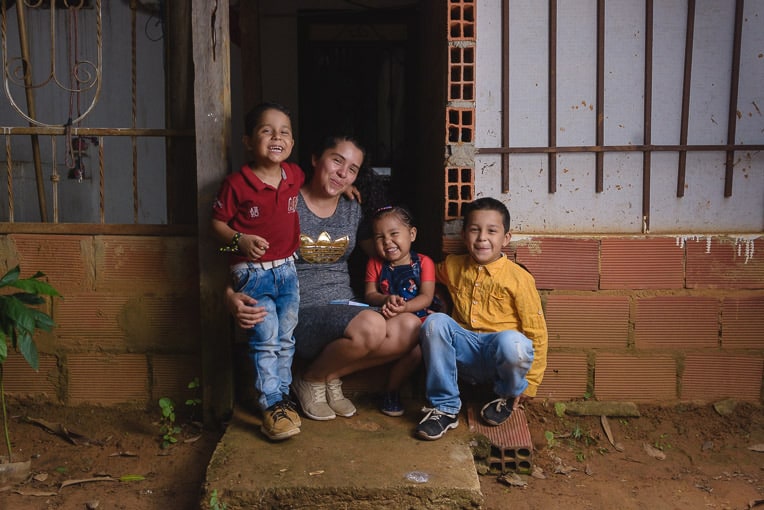 Yariana’s three children received Operation Christmas Child shoeboxes. They fled from Venezuela in 2016 and have started a new life in Colombia.

Yariana’s three young children, plus three nieces and nephews, all received gift-filled shoeboxes. They came to Colombia from Venezuela almost three years ago.

Her husband crossed the border first, about three months before the rest of his family. He came because the economic crisis had destroyed his welding business. He had no clients—no one could afford such services—and it was impossible to get supplies anyway. When he left the family behind, they all cried, and discussing that day still bring tears to Yariana’s eyes.

Yariana and the children were able to soon join him, though, and despite many challenges, life is better in their new home. “In Colombia, he’s been able to find work and sustain the family,” she said. 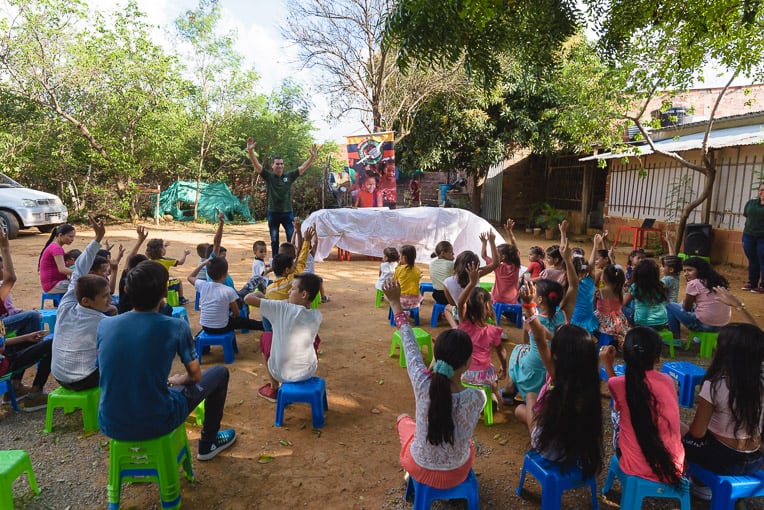 Pastor Yonarly Álvarez talks to the children before the distribution begins.

She was grateful for the shoebox event and thankful it “brought a lot of happiness” to her children.

Kerigmar and her husband also left Venezuela for Colombia over two years ago. She was four months pregnant at the time, and they came with nothing in their pockets. Irregular construction jobs couldn’t put enough food on the table.

Now her husband is employed to work on a new building for the church where the shoebox distribution was held. Kerigmar is a strong Christian, and her husband attends the church with her, but he does not have a personal relationship with the Lord.

Their 3-year-old son Leonel wouldn’t let go of the toy motorcycle he received in his shoebox, and their 2-year-old daughter Estefany clung to her brand-new race car. 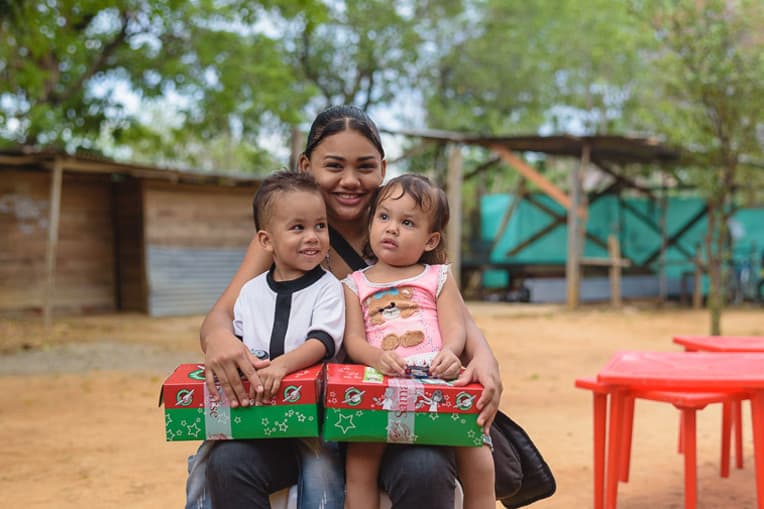 Kerigmar’s two children were glad to get gift-filled shoeboxes this October. They are among thousands of Venezuelan children in Colombia due to the economic crisis in their homeland.

“It brought me satisfaction and joy to see them happy,” Kerigmar said.

Our partner church’s pastor, Yonarly Álvarez, noted that his congregation is working with several Venezuelan families on an ongoing basis, in addition to native Colombians. He said the shoeboxes are a free gift and provide the opportunity to share about God’s Greatest Gift—Jesus Christ. Seeing the children’s faces light up with joy, “makes me understand the goodness of God,” he said.

For recent Venezuelan migrants, the gifts of clothing and hygiene items, as well as school supplies, come just in time.

But, more critical still, is the encouragement that God and the church care for them.

“They’re in a moment of need,” Pastor Yonarly said, “and they need a word of hope and love.”

Please pray for Venezuela and for the migrants traveling into Colombia. In addition to Operation Christmas Child, we have a number of ongoing project to serve displaced Venezuelans. Samaritan’s Purse President Franklin Graham recently traveled to Colombia to see and support our work.