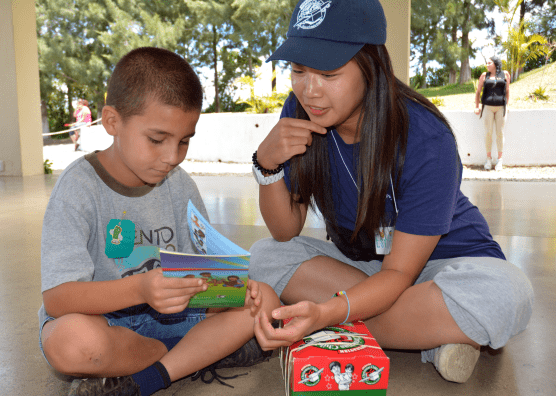 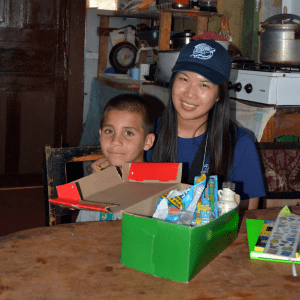 Eight-year-old Kevin has been blessed with a Canadian-packed Operation Christmas Child shoebox. Meanwhile, the Canadian woman who gave him the box, Esther Fung, has been “blessed” with new insight into how hard life can be for children in the developing world.

“Just seeing the conditions they live in was a reality shock,” says the Toronto resident.

Esther was part of a special trip to Costa Rica, organized by Samaritan’s Purse for Canadians with such a strong interest in Operation Christmas Child that they were willing to pay most of their own travel expenses to help distribute shoeboxes.

After a distribution event in Kevin’s community, Esther had an opportunity to visit his home and meet his four siblings and their mother, Margarita.

“She was very hospitable and let Kevin show us different places in the house,” Esther says. “It was very dark and humid and I was surprised to see so many people in such a small living space, just two rooms-a living room and a tiny kitchen. It was smaller than a 600-square-foot Toronto condo.”

Outside the home, while traffic rumbles by on a nearby street, Esther thinks about what she’s just seen.

“I don’t think I could live in those conditions. I would probably get sick.”

Is the children’s father working to improve their situation? When asked, Margarita quietly reveals that she is a single mother: “I get $60 a week to pay for everything. It’s not enough.” 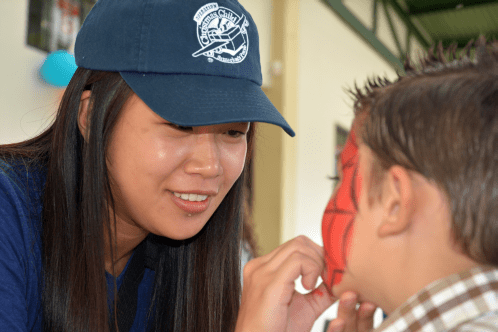 That’s why she is so thankful for shoebox gift given to Kevin.