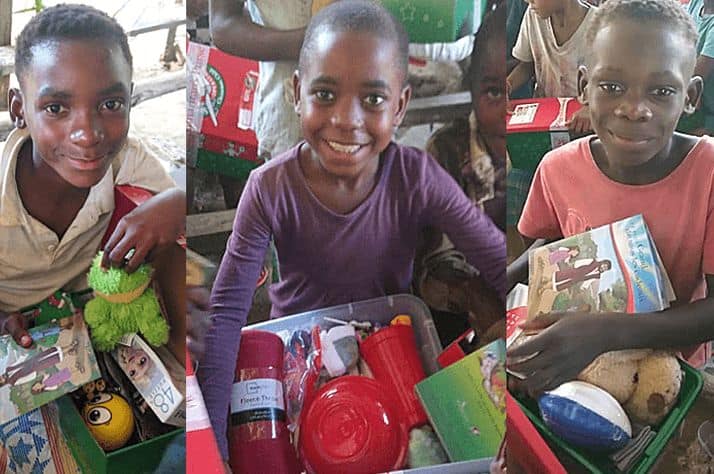 An unreached Baka village in Gabon receives shoebox gifts and the Gospel with joy! 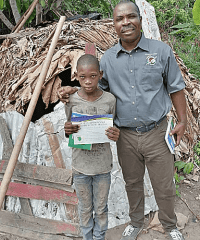 Aristide, who organized the Baka outreach, celebrates with a child in the village who completed The Greatest Journey discipleship course.

Outsiders. That’s what the Baka people are known as in the Central African nations of Gabon and Cameroon. Members of this unreached people group are relegated to the margins of society and given little access to education or social services. Tragically, in addition to this discrimination, they have virtually no personal access to the Gospel of Jesus Christ.

The plight of the Baka weighed heavily on the hearts of Aristide—volunteer coordinator for Operation Christmas Child in Gabon—and his National Leadership Team. In Nov. 2020, he began organizing a special prayer effort for this unreached people group. He was especially grateful for the involvement of Holy Spirit Revival Church in the northern part of the country that is home to several Baka villages. In addition to their prayers, the team began preparing for an Operation Christmas Child outreach event in one of these villages. They planned to also teach The Greatest Journey follow-up discipleship course with a special approach since the Baka are largely oral learners.

An Incredible Response to the Gospel

In April 2021, Aristide and a team from the church traveled to the Baka people and everyone in the host village came out for the special event. In addition to the 354 boys and girls who gathered, mothers and fathers, aunts and uncles, grandmothers and grandfathers all huddled around the edges to hear what was going on. The trained team clearly shared the Gospel in a child-friendly way. They used Fang, the Baka’s heart language, while pointing to posters prepared by Samaritan’s Purse that illustrate various Scripture stories. The people’s hearts were stirred as they listed to this amazing message in their very own language! Afterward, all 354 children raised their hands to indicate that they wanted to accept Jesus Christ as their Lord and Savior, and so did all of their family members! 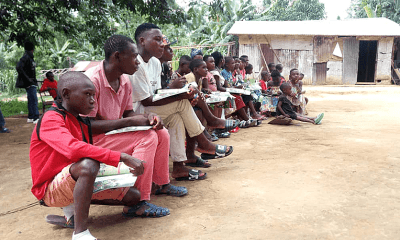 Next, the children received their gift-filled Operation Christmas Child shoebox gifts that were lovingly packed by people from around the world. The boys and girls rejoiced to receive such fun toys, clothes, school supplies, and hygiene items that were chosen just for them.

Team leaders explained to the villagers that they had still more for the children. They would soon return to begin teaching The Greatest Journey discipleship course to the shoebox recipients who were interested. But when the village chief learned that there was more, he wanted it immediately. He and his villagers were so hungry for more of God’s Word that they couldn’t wait until later!

Moved by their eagerness, the team began handing out The Greatest Journey student workbooks and going through all the games, Bible stories, and Scripture memorization that make up the first lesson about God creating the world.

At the completion of Lesson 1, Aristide and the team mentioned that they would return later to continue the course. But, again, the village chief wanted more. So, they went through Lesson 2 that talks about the problem of sin.

Hungry for the Word

This, however, still wasn’t enough! The villagers were so interested in these Biblical truths—which they’d never heard before—that the team taught through all 12 lessons of The Greatest Journey in one long weekend! 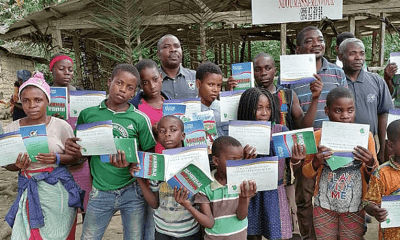 The Baka were so hungry for God’s Word that the children went through all 12 lessons of The Greatest Journey over one long weekend.

As the church team finally prepared to leave, the village chief approached one of them with The Greatest Journey workbook proudly tucked under his arm. God had so touched this new brother in Christ with all he had heard that weekend that he wanted this message to have a permanent place in his village. He offered the team a piece of land for the purposes of building a structure where the Word of God could be taught!

Aristide and the Gabon National Leadership Team were so moved by how profoundly God worked in response to their prayers and outreach that they have now made plans to reach out to seven more Baka villages this year with Operation Christmas Child shoebox gifts and the life-giving message of Jesus Christ.

Please pray for Aristide as he spearheads this outreach and for the hearts of the Baka people to be receptive to the Gospel. 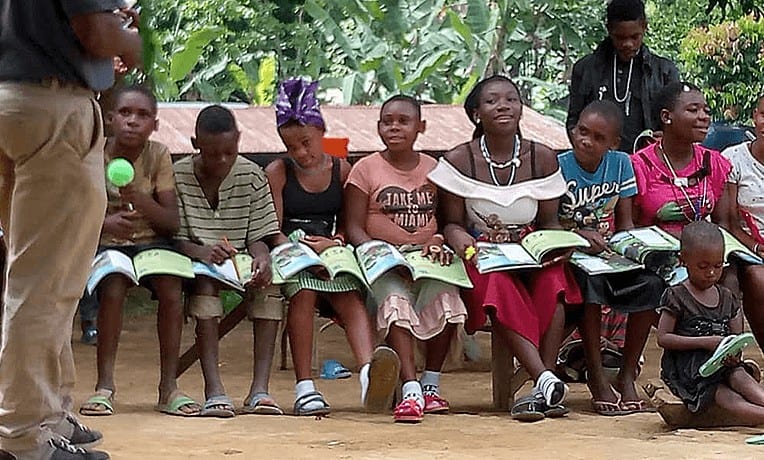