Orphans and children in poverty hear the Gospel 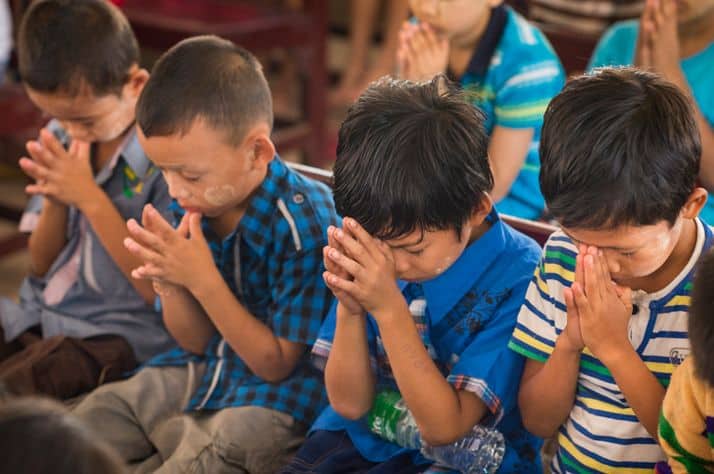 At age 9, Mya* was diagnosed with HIV. In her rural village in Myanmar, there is little access to medicine and medical care. HIV also brought fear of the unknown to Mya’s family, and they worried the village would shun her. So, Mya went to live at an orphanage in the city.

Mya didn’t know why she was sent away until she arrived at an orphanage just for Burmese children with HIV. I met Mya and children from the orphanage when they attended an Operation Christmas Child distribution. 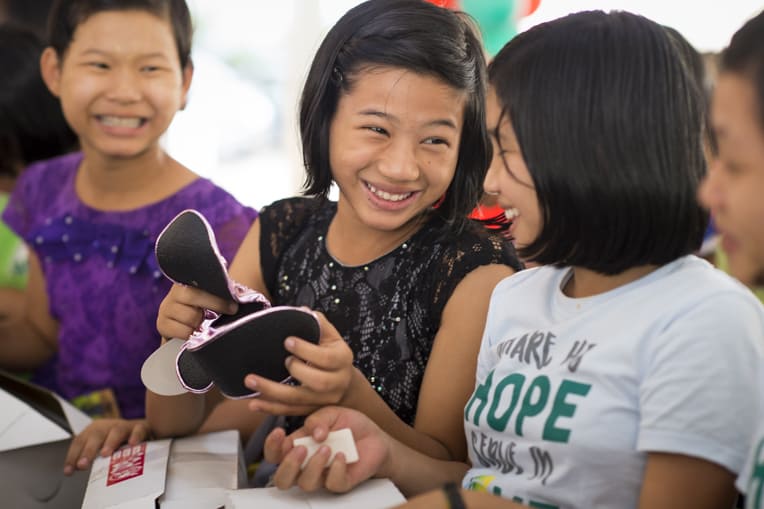 The Burmese children who received shoeboxes rarely receive gifts of any kind.

She told me that her mom died of HIV, but she didn’t know the cause of her mom’s death until teachers at the orphanage told her. Mya has never met her dad.

With the help of a translator, Mya shared her story with me, but I think she could have done well on her own. She knows a lot of English, and I could tell by the way she shared an occasional smile with the translator that she understood many of my questions. She’s bashful, but she’ll get there.

In fact, the teenager wants to be a translator when she grows up. Mya, who loves to laugh and smile, is hopeful.

About 95 percent of Myanmar’s population, including Mya, is Buddhist. Operation Christmas Child is an opportunity to share the Gospel with children like Mya—children who may not otherwise have a chance to hear that God loves them. 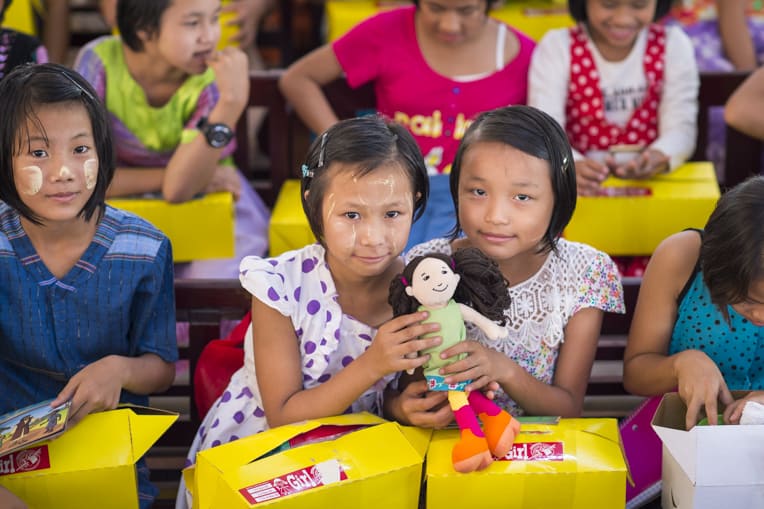 His mother lives and works in Singapore. Cho’s father works at a factory and lives with Cho’s other grandmother so he can help take care of her.

Cho isn’t bitter, and he doesn’t complain. He wants to be a pastor when he grows up so he can tell other people about Jesus. I pray Cho remains steadfast in his resolve to live for Jesus. I pray God uses him, even now, as a child, to share the Gospel.

But I want Mya to face her future with Jesus. I want her to know that God created her and loves her.

Mya and Cho have already endured much hardship in their young lives. Operation Christmas Child brings hope to children throughout the world who, like Mya and Cho, could use a little more joy in their life.

Please pray for the millions of children in more than 100 countries who will receive a shoebox gift this year. Pray for the children who enroll in The Greatest Journey, our 12-lesson follow up discipleship program for shoebox recipients.

Please pray that God will change the lives of children, their families, and communities through these simple shoebox gifts.