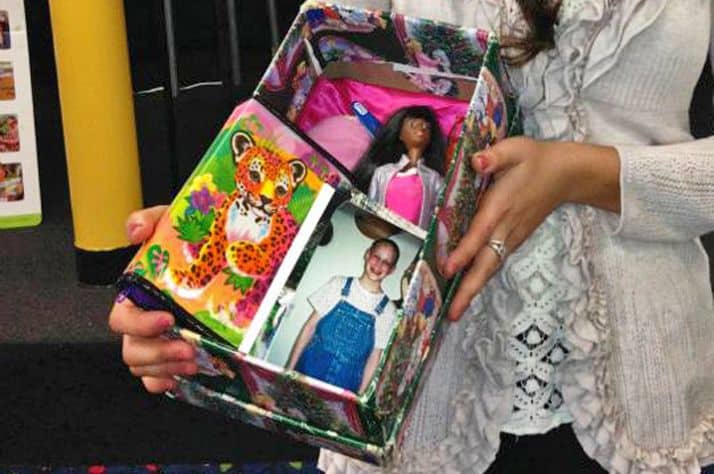 God planted a seed of faith in my heart when I received my shoebox. 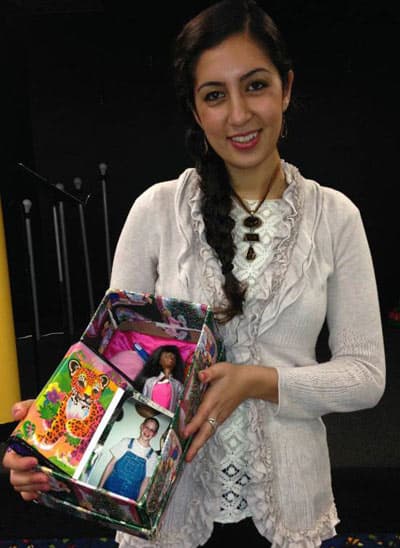 I will never forget the day that I received my shoebox. I still remember every gift in it. I’ve kept the box to this day.

It was so lovely. The cardboard shoebox was beautifully and meticulously wrapped in green wrapping paper that had little children on it opening gifts by a Christmas tree.

Then I opened it! The most exciting gifts were a Barbie doll and a stationery kit. I loved Barbies—and then I got a real one! She was so beautiful.

I felt I must be really special to have my own stationery kit. It had pink leopard print on top and inside there was a little notebook, five different colored markers, a stamp, a glittery sticker sheet, and a pink pen.

One thing in the box I’ll never forget was a picture of a girl and her letter—Heather Roberts from Enon, Ohio. I admired her picture with her blue eyes and her blonde hair. We started writing letters and today, nearly 20 years later, we’re friends. It’s such a blessing to be pen pals with the girl who sent me the box.

Years later I moved to America and I realized how much tension there is between the Middle East and the U.S. That box was a seed of friendship planted years ago. Even though we lived in completely different parts of the world, Heather and I had the unity of Christ when our countries had disagreements, especially after 9/11. The box is a sign of peace in a time of war.

“I realized how much care had gone into preparing the shoeboxes with prayer.”

The spiritual part, of course, was the biggest gift of all, but it didn’t hit me until later. A year after I received my box I accepted Jesus at a camp. But only when I got to the States and was sending a box myself did I get what happened. It all hit me where I had been and the journey God had brought me through. It made me realize I received something very, very special at that time.

As I got to know God more, I also realized how much care had gone into preparing the shoeboxes with prayer. All of a sudden it had a different meaning for me. I understood the love and the care that Heather put into the box.

The shoebox gave me an extreme amount of happiness. As the years went on, I could see the importance of using the box as a tool to show God’s love.