Nancy and a Photograph 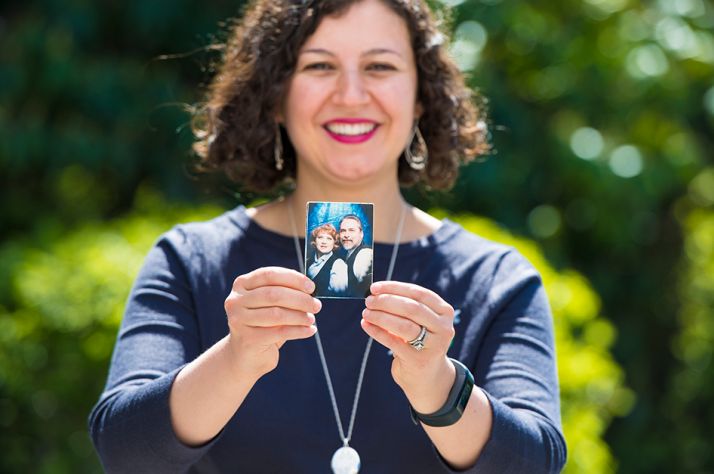 “Through that picture in my shoebox gift, God’s love became tangible and real to me.”

I grew up in the Middle East with four siblings and my parents, who worked really hard to take care of us. We lived close to a mountain and it was far away from everything. We didn’t have playgrounds, so we would play soccer in the middle of the street. We would build seesaws using pieces of wood and bricks from an old construction site.

The majority of the people in our country were not Christians. As part of this minority, we used to pray, but we did not know Jesus on a deeper level as a Savior. But when I was 11 years old, evangelicals knocked on our door. They shared with us about having Jesus as a Friend, asking him to wash our sins away with His blood, and how to have a close relationship with Him. That message really opened our hearts and minds. When they left, we all got on our knees and accepted Jesus Christ. It was the best thing we ever did. We knew then that Jesus loves us and has us in His hands no matter what. 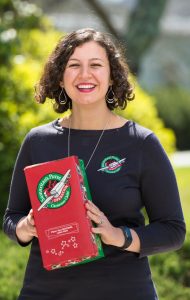 We soon faced persecution. I remember wearing a small cross and as I was walking home from school, a little boy started calling me names and throwing pomegranates at me. (I love pomegranates, but not in that way.) My brother was also threatened with a knife to his neck. But I knew that I’d go see Jesus if anything happened. It was worth it to be a Christian. I was proud of my faith and able to defend it and stand by it.

Months after the evangelicals visited, we welcomed the holiday season. At our house there was always a small Christmas tree that had a few decorations. We put it on top of a small table to make it seem a little taller, but there were never any gifts under it.

Christmas Day came on a Thursday and we headed to church. It was cold, so we bundled up for the walk and bus ride there. The service was a celebration. As we worshipped, we jumped up and down, danced, and sang at the top of our voice. Afterward we heard about the birth of Jesus and we were all so happy. We got ready to leave and they said, “Wait, there’s a surprise!” Just the word “surprise” was so exciting.

“It was like heaven touched earth. There was joy everywhere.”

Then they started bringing big, brown boxes onto the stage. We all sat there watching very carefully. Then they began lifting colorful wrapped shoeboxes out of the brown boxes and calling the names of the children. I remember I just sat there very excited, waiting for my name to be called. As soon as I heard it, I went up to the stage to pick up my box and it felt like I was walking on clouds. I grabbed my box so tight and went back to sit down. They told us not to open our shoeboxes until we got home, so I shook it and tried to stick my fingers through the side of it as I tried to figure out what was inside.

All my siblings got shoeboxes that day. All the kids at the church got shoeboxes. It was like heaven touched earth. There was joy everywhere.

BLESSED IN BOTH RECEIVING AND GIVING

When we got finally home, the box lids flew off! I was so happy because that shoebox was packed with so many items. There were school supplies, hygiene items, toys…it was a burst of colors.

At the top of my shoebox gift was a picture of a couple and I realized these were the people who gave me the gift. They put their name on the back of it and wrote, “May God protect and watch over you is our prayer.” Through that picture, God’s love became really tangible and real. These people didn’t know me, but they cared so much about me to buy all these items for me. That was God’s love being extended to me in a powerful way, and it melted my heart.

For years, I held onto everything I received, including the box itself. The only reason I don’t have it now is because we emigrated to the U.S. in 2004 when I was 18 and I was limited in what I could bring. But I brought that picture with me when we left. I saved it next to all my friends’ pictures that were precious to me.

When we arrived, we began attending a church in Long Beach, California. Toward the end of the year, they asked if we wanted to volunteer and pack shoeboxes for kids. When I saw the Operation Christmas Child logo and all the pencils and toys, I screamed. I realized that was what I got when I was 11!

“There’s so much joy in receiving, but way more joy in giving.”

Now I get to be on the other side of the world and pack shoebox gifts for other kids that were like me. My husband, son, and I pack boxes together in our home in Globe, Arizona. Our favorite things to include are coloring puzzle books and crayons. We include a small picture of our family and write on it the same prayer that I got in my box.

There’s so much joy in receiving, but way more joy in giving.