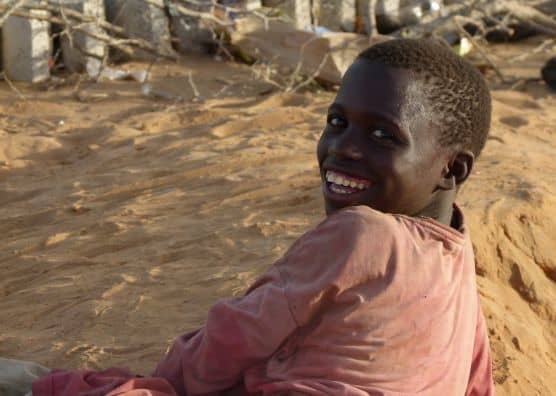 A Tanzanian boy is healed when he receives his shoebox gift from Operation Christmas Child.

A coastal community in Tanzania recently witnessed a miracle-12-year-old Mohammed*, who had been unable to speak since birth, was healed when he received an Operation Christmas Child gift-filled shoebox. And the first word that he spoke was the name of Jesus Christ.

Mohammed was born in a predominantly Muslim village. Despite his parents’ prayers and efforts to help him speak, the boy couldn’t form words or converse with others-until an Operation Christmas Child shoebox distribution team came to his community.

Mohammed was one of many children who received a shoebox that day. As he unpacked his gifts, which were given by a Canadian like you, he was overjoyed and suddenly spoke.

“Jesus,” Mohammed said, to the astonishment of those around him.

With mounting excitement, the child repeated Jesus’ name over and over. “I want Jesus,” he declared.

Shock rippled through the Muslim community. Mohammed’s parents, classmates, and teachers came to the local church with questions. “What is the source of the boy’s healing?” they wondered.

As a result, Christians in this coastal region of Tanzania have had many opportunities to share the Gospel. Mohammed’s vocabulary and ability to converse with others continues to grow-and his joy along with it!

Our prayer is that this boy will use his voice for the glory of God. All of Christ’s disciples, big or small, old or young, are bearers of the Good News. In the words of Jesus, “if they keep quiet, the stones will cry out” (Luke 19:40b, NIV).