Former gang member in Peru trains to be a missionary

Luis Trevejo Peña, 20, had a rough start. Abandoned by his father at age 5, he, his mother, Ricci, and three older brothers were left to fend for themselves in San Martin de Porres, Peru.

Luis resented seeing other children with their fathers and wished he could have that sort of love, too. Perhaps as an outworking of his anger, he became active in gangs. He often caused trouble in school. Luis’ principal expelled him after he stabbed a classmate in the ear with a pencil, drawing blood. 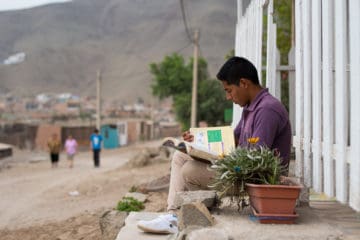 During The Greatest Journey Luis learned about God and how to share his faith with friends and family.

Luis and his family moved to nearby Lima to live with his cousin. Their next door neighbor, a pastor, invited Luis and Ricci to attend Iglesia de Cristo Vida (Life Church of Christ). At an outreach event there, Luis received an Operation Christmas Child shoebox and surrendered his life to Jesus Christ.

In the Samaritan’s Purse follow-up discipleship program The Greatest Journey, Luis, 13, quickly began to learn what it meant to walk with the Lord through stories of people like David. Even though the shepherd boy was little, he did great things for God. This inspired Luis because his teachers had told him he had no future and would end up in jail. With Christ in his heart, Luis believed God could work through his life, too.

‘There Was a Big Change in His Life’

Luis’ friend Cesar, 17, said, “When Luis started attending church, there was a big change in his life. With any request from the pastor, he was very helpful.”

His family also began to notice. Seeing a dramatic difference in her youngest son’s life, Ricci decided to give her heart to the Lord. Three months later, Luis’ nephew, Jahir, also became a believer.

“I used to do bad things before, but Luis shared [his faith] with me,” Jahir said. “Now I am attending church with him and I am reading the Bible.”

Luis realized how important church mentors’ encouragement was to him. 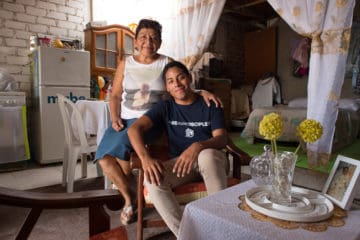 Luis and his mom, Ricci, who has also trusted in Jesus Christ.

“God placed people in my life that kept me from drifting away,” Luis said. “Every time I wanted to give up, my Sunday School teachers and my pastor would say, ‘Come on, Luis. You can do it!’”

As Luis continued to change, he increasingly wanted to reconcile with his father. Ricci said, “I was very shocked. I was impressed. Luis was very rebellious toward his father. But he wanted peace with God, so he decided to go see his father. Luis said, ‘Even if he rejects me, I will share God’s Word with him and I will forgive him.’”

His father didn’t comprehend Luis’ forgiveness, but he understood when Luis said, “I love you.” He then began to have a relationship with his son.

‘You Will Be My Instrument’

Just before midnight on the eve of his 15th birthday, Luis knelt to thank God for all He was doing in His life. As he began to cry, he envisioned himself in his mother’s womb. Words similar to Jeremiah 1:5 came to him, “I’ve been thinking about you long before you were born. I chose you and have a plan for you.”

Thinking back to when he was getting into trouble, he realized that God had always been there with him. Moved, Luis said, “My life is yours, Lord.”

Then, he envisioned himself in an airplane, looking at several poor areas of the world. He also saw himself on a speaker’s platform. He sensed that God was telling him, “I will always be with you, and you will be My instrument.”

You Have to Kneel to Minister

“A few days after my vision, my pastor knocked on my door really early in the morning and said, ‘God is calling you. I have to train you. You can’t work in ministry standing up—you have to work in ministry on your knees.’”

The pastor came to Luis’ house every morning to pray and study the Bible with him.

As part of that training, the pastor began asking Luis to teach Sunday School and even give the Sunday sermon on occasion. 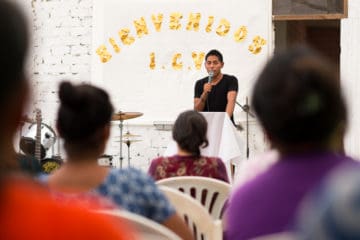 Luis also trained to become a teacher of The Greatest Journey. On one occasion, he traveled eight hours to the Peruvian highlands to help deliver Operation Christmas Child shoeboxesand to teach the discipleship course. He and his team came at the request of a church that was about to close. As a result of how God worked through their investment in the community, the church changed its mind and continued meeting, 70 children strong.

On another occasion, Luis taught The Greatest Journey to children in an area where Iglesia de Christo Vida wanted to plant a church. The lessons were held in a church member’s home. Now, a church of 40 children and 15 adults worships together regularly.

Pastor Wildoro soon asked Luis if he wanted to attend a Bible institute for further training. A couple from the United States whom Luis had never met wanted to cover his tuition.

Luis has cleaned the office, and now assists in logistics and train teachers of The Greatest Journey.

Working to complete his training at the Bible institute, Luis is moved to tears when he considers God’s goodness in his life.

“I don’t know where I’d be if I hadn’t received that shoebox,” Luis said. “I could be dead or in jail.

“It’s the most beautiful thing that’s ever happened to me.”

He encourages others who pack shoebox gifts: “Don’t consider it just a shoebox. Consider it a child who has a future.” 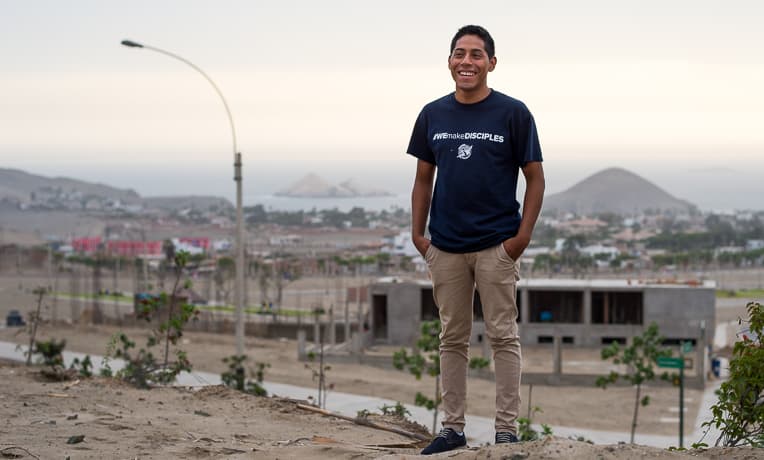 Operation Christmas Child and The Greatest Journey help children and teenagers like Luis learn how to share their faith and make disciples of Jesus Christ.