David and a toy car

My interest in how things—and people—can be restored to new life probably started with that toy car.

I received my shoebox gift in Romania at age 2, the youngest you can be to receive a box. So, I don’t remember all the details of what happened. But my older sister would always tell me about the day we each received our shoeboxes and how I came to have my toy car.

I loved that toy car. I played with it all the time. I hadn’t had a toy like that before. At the time, our idea of a Christmas gift was the orange my father received as a holiday present at his job. 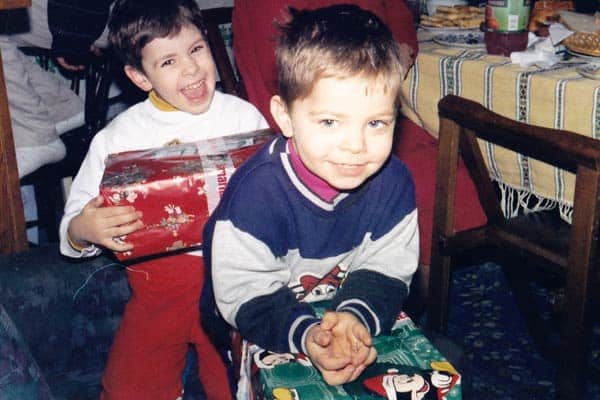 I was born in Romania in the mid-1990s. The fall of communism there a few years before also brought about the fall of the country’s economy. My parents had good jobs, as an engineer and teacher, but the crashing economy made it hard for them to even make rent on our dilapidated apartment. Our dinner each day was soup, and we were extremely grateful when we were able to add meat to that once a week.

Basic survival was our greatest challenge. Amid such trying times, I received my Operation Christmas Child shoebox. The harshness of my life was contrasted with the hope and joy I found in this manifestation of God’s love. The shoebox I received really ended up being a seed for the Gospel in my life.

My parents had just begun attending the church where my sister and I received our shoebox gifts. The shoebox distribution was a community-wide event. My parents saw how the church was reaching out to its community, believers and non-believers alike, to show them the love of Christ in a tangible way through these shoeboxes. It made a lasting impression on their own walks of faith with the Lord.

A year later, we moved to the United States. I was raised in a Christian home and pretty much grew up in church. At age 10, I committed my life to the eternal God.

Somewhere along the way, my toy car got lost in the shuffle. But I still remember it and what it represents.

At first, I just loved the toy car because it was mine. Then, I became intrigued by how it worked. I never really thought about it before, but my interest in figuring out how things work, how things can be taken apart and put back together to work even better, probably started with that toy car.

Even as a child, I loved science and was always taking things apart to see how they were built. At first, it was toys. Then, I started taking apart broken computers and fixing them.

I’ve realized that God can use whatever career field people pursue to share the love and hope that can be found in Him. Your life—and how God is guiding it and working through it—can be a testimony for Him.

The toy car I received as a shoebox gift is a clear example of how God can use the simplest of things to influence people’s lives. What the gift gave me as a young child was a sense of God’s love, a seed of hope in my life during a time when my family was going through really hard times.

Thank you so much for packing shoeboxes for boys and girls, especially in the age range of 2-4 years old, because the Lord can take your gift and plant a seed for the Gospel in their hearts, like He did in mine.

Operation Christmas Child is a hands-on project that brings joy and hope to children in desperate situations around the world through gift-filled shoeboxes packed by Canadians. It is one way to remind children suffering as a result of war, poverty, famine, disease, and disaster that they are loved and not forgotten.
Top Stories
Deploying an Emergency Field Hospital to Turkey
Franklin Graham Visits War-Torn Ukraine with 200 Millionth Shoebox Gift
Planting Seeds of Faith in Famine-Scarred Niger
Safe Water Comes to Remote Villages in Kenya
Makenna's Story of Hope