Children in Benin Hear the Gospel through Simple Shoebox Gifts 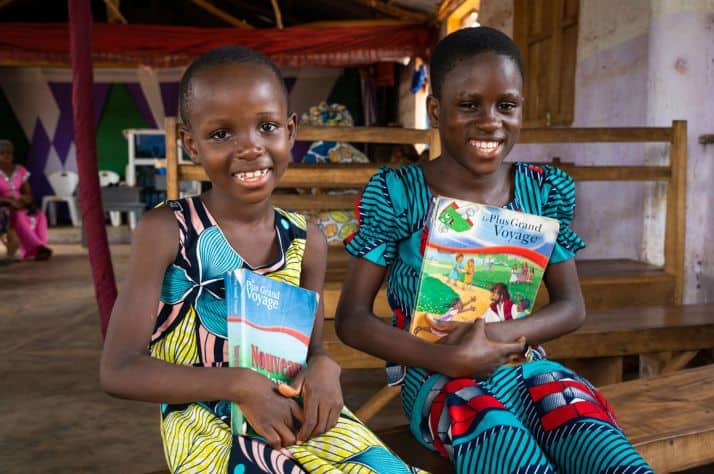 Through a friend's invitation and a simple gift, a young girl in the West African nation of Benin finds hope and joy in Jesus Christ.


Nine-year-old Gladys flashed a big smile as she recounted the day she received an Operation Christmas Child shoebox gift. The special items inside included a blanket folded neatly and arranged amid school supplies, a flashlight that her father needed, and other cherished items. Opening the shoebox gift was like opening up a new chapter of life for her and her family. 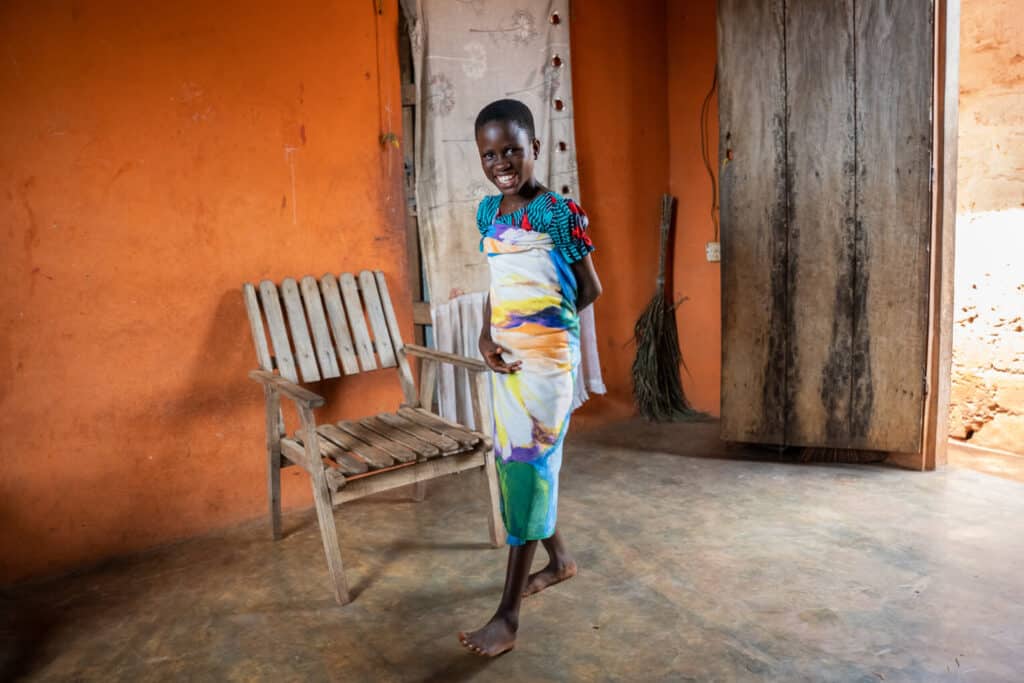 The blanket Gladys received was among her favorite items in the shoebox gift.

It all started with a friend’s invitation. “You have to go to my church,” her friend, Kemi, told her. “There are good things going on, and I want you to hear the Word of God.”

Just a few days earlier, Kemi had attended an Operation Christmas Child event and heard the Gospel. She received Jesus Christ as her Lord and Savior. She now wanted Gladys to experience the same joy she’d found.

Gladys accepted her friend’s invitation, arrived at the church for a new outreach, and she too came to know the Lord. He changed her life, and her family’s lives as well, bringing hope to their home.

Becoming a Part of God’s Kingdom

Gladys recounts the storm in her heart in the year leading up to the day she received her shoebox gift. She often felt lonely and even isolated, and these emotions surfaced inside her home in battles with her parents and siblings—which created even more distance from the people who loved her. 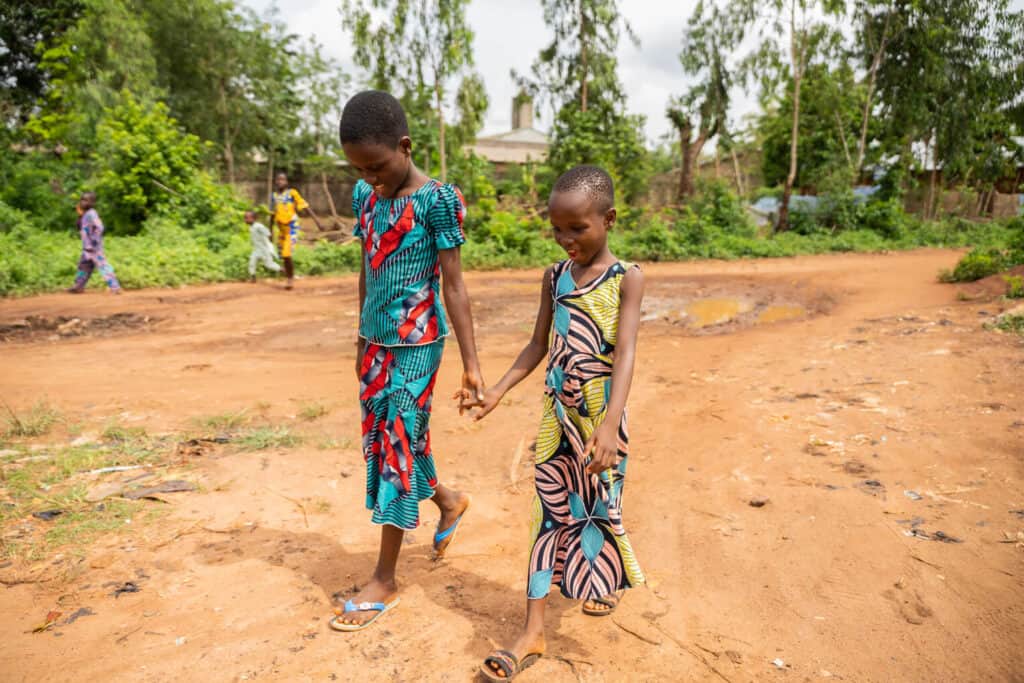 Gladys and Kemi are best friends and now they are sisters in Christ, having both received the Lord Jesus as their Savior at Operation Christmas Child Outreach Events.

“I was disobedient to my parents,” Gladys said. “I didn’t listen. I just argued. When they asked me to do something, even something as simple as washing up, I argued and fought with them, because I wanted to do only what I wanted to do, so I would cry and run away from them. And sometimes I would just say ‘no, I don’t want to do it!’ and I would hide myself somewhere.”

Gladys said she often lived in fear and anger that she didn’t understand. As one might imagine of many 9-year-olds, she lived in a world shrunk down to the size of her small desires.

She had not experienced much life outside of Adjarra, where she’d grown up in a family that practiced a folk religion that kept them tethered to its idols. They hoped the idols would meet their needs for good health, good crops, and anything else they might desire. But their religious practices only further blinded them to the truth of the Gospel.

Gladys had a difficult time conceiving of an all-powerful God who could meet all of her needs, including the of peace she longed to have in her heart. She also would never have imagined that, thousands of miles away, a family had lovingly, prayerfully packed a shoebox gift that God intended just for her.

These are important truths Gladys learned about on the afternoon of the Operation Christmas Child outreach event. She was surprised to receive her very own shoebox gift—a gesture of love and generosity from across the globe that opened up her heart to God and His Kingdom.

Benin’s proud history as a kingdom is well-known by Benin’s grade-school children, so the idea of God’s Kingdom immediately piqued Gladys’ attention during the outreach event.

“They talked about the Kingdom of God,” Gladys recounted. “I understood then that God has a kingdom. He is inviting me into His Kingdom. And I received Him into my heart.” 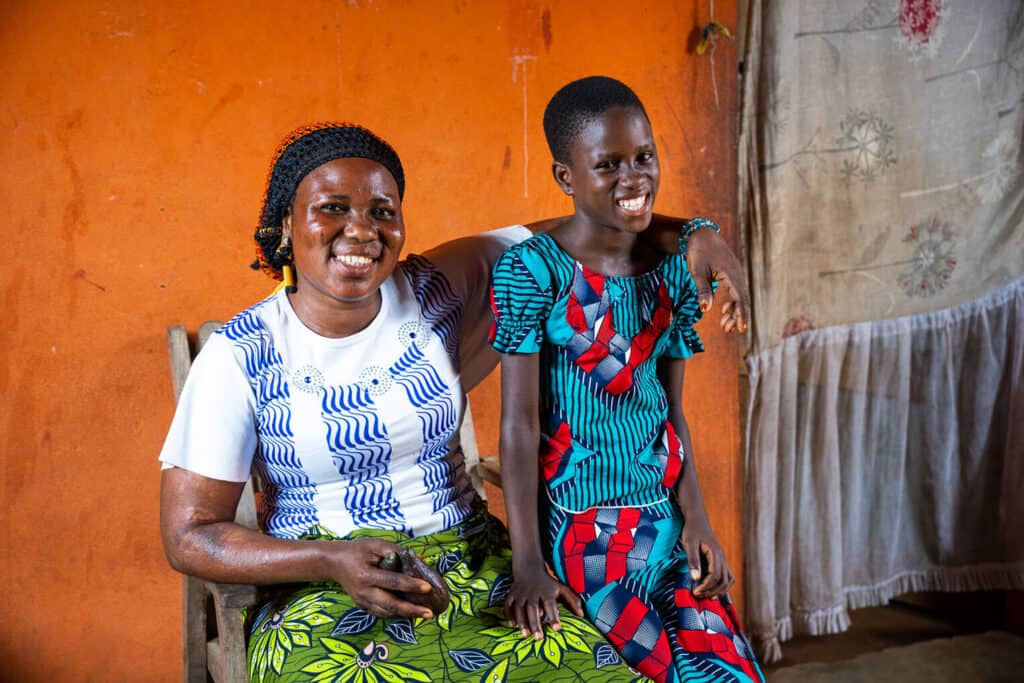 Gladys and her mother are experiencing joy in their relationship and family because their new life in Jesus Christ.

Gladys and Kemi also were invited by teachers to the 12-lesson discipleship classes of The Greatest Journey, and these best friends have been learning what it means to follow Jesus Christ in faith and obedience.

For Gladys, this has meant honoring her parents, something that is growing much easier since the day God changed her heart and welcomed her into His Kingdom.

“I don’t complain anymore when they ask me to do things. I don’t hide when they want me to take a shower,” Gladys said. “I wake up on time for school. And I am learning more how to listen rather than argue when my parents are talking.”

“It is because, as I’ve learned, this is not my kingdom,” Gladys said. “This is the Kingdom of God, and that’s the Kingdom I want to belong to.”

And here’s the even happier ending to this story—Gladys’ parents and siblings, her whole family, have now also received Jesus Christ as their Lord and Savior.

We praise God for how He used a simple act of obedience, like inviting a friend to church, to change the direction of these young lives and their families. We are also grateful to Him for using Gladys’ Operation Christmas Child shoebox gift, prayerfully-packed thousands of miles away, as a tool to help open a young girl’s eyes to the love of Jesus Christ and the Kingdom of God. 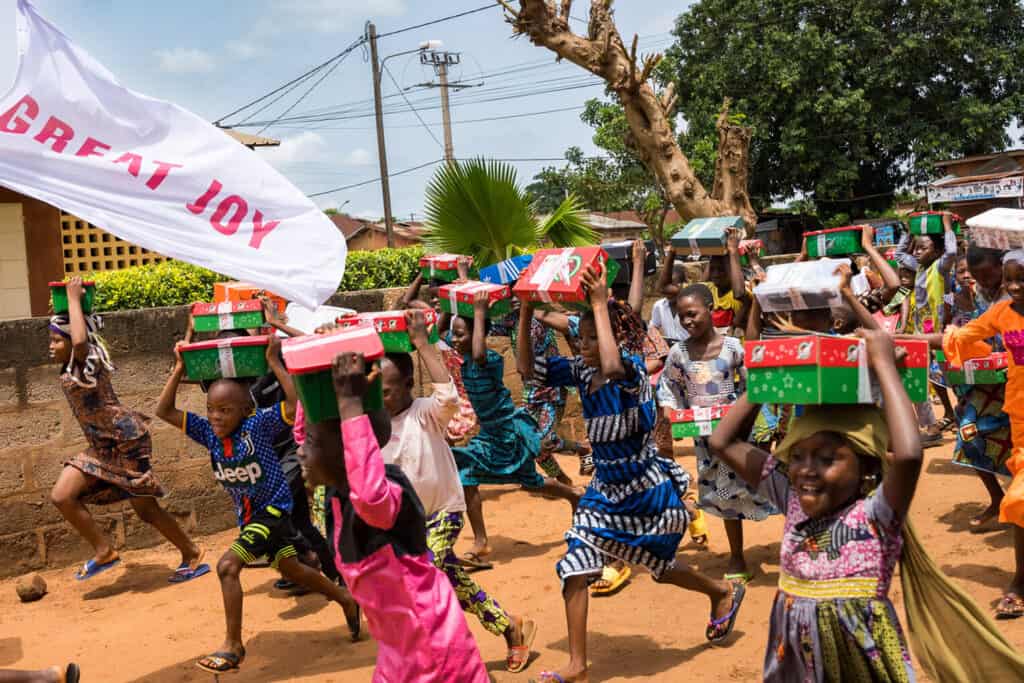 Many children in Benin have heard and believed the Gospel through Operation Christmas Child Outreach Events.