A special toy makes its way to Costa Rica 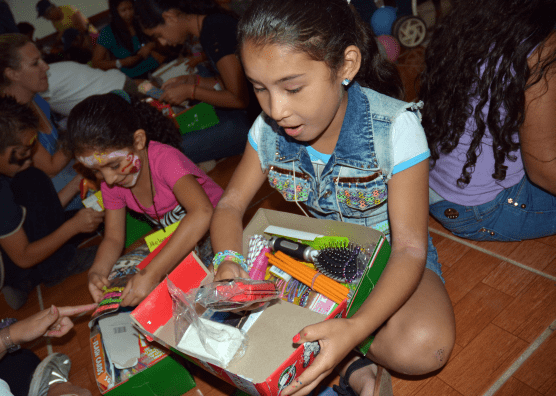 Stuffed toy inside Operation Christmas Child shoebox proves to be a blessing to Costa Rican girl who received it, and Canadian woman who gave it

When Judy Carpino’s mother died in 2013, she left behind a small just-like-new stuffed bear on her bed.

“I was going to give it to a niece or nephew, but they have so much already that I wanted to do something special with it,” says Judy, from Pickering, Ontario.

So Judy put the bear into an Operation Christmas Child shoebox packed by her church and brought it with her on a special Samaritan’s Purse trip to Costa Rica. That’s where the beloved bear found a new home with nine-year-old Diandra, who received the box during a distribution event at a tiny church. 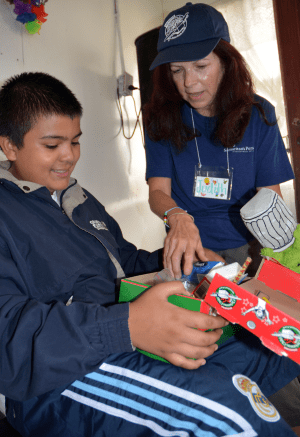 Diandra was shy and didn’t say much, but despite the Spanish-English language barrier, she was able to point to her favorite item in the shoebox: the stuffed bear.

“It was a very unique experience,” a grateful Judy says afterward. “Every so often, I’ll think about the bear and wonder how Diandra’s doing with it. And will she pass it on to a baby sister or brother?”

Because of this connection and many more made during the trip, Judy, who paid most of her own expenses to participate, came to a deeper understanding of the Good News and Great Joy of a simple shoebox gift.

“Canadians need to catch the fever and know they are being blessed (by packing shoeboxes), even if they don’t give their boxes to someone themselves,” she says emphatically.

Please join Judy and tens of thousands of other Canadians in packing shoeboxes with toys, hygiene items and school supplies this year. As the Bible says, “Give, and it will be given to you” (Luke 6:38, ESV).