A special Bible, packed in a shoebox, makes its way to a remote Pacific village 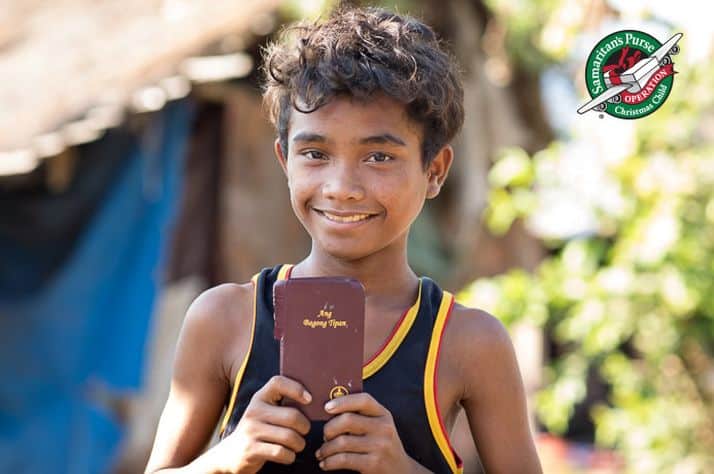 A child in the Philippines received a surprising gift in his Operation Christmas Child shoebox and God transformed his life.

Alex and his parents regularly attended meetings of a local cult for years in their remote village of the Philippines. 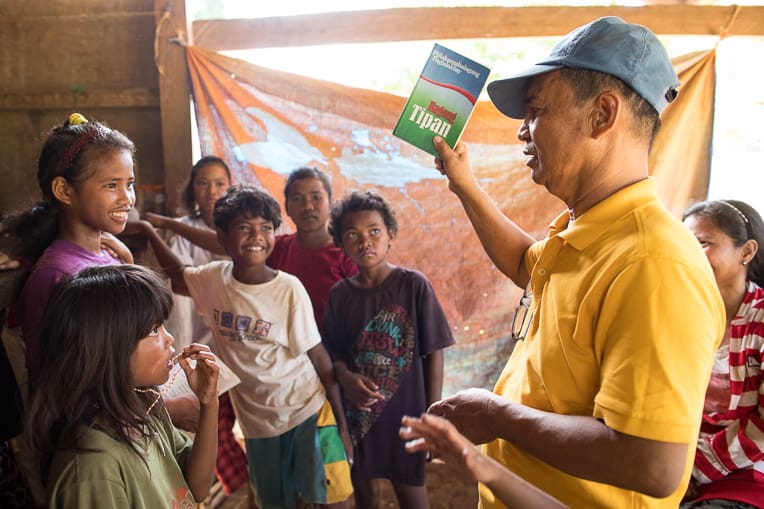 Pastor Ramos continues coming to the village to teach the Bible a year after The Greatest Journey was finished.

But, we praise God that last year he heard and received the Gospel of Jesus Christ through the outreach of Operation Christmas Child. Toti Ramos, the pastor of one of our partner churches from a nearby town, brought shoebox gifts to the village and then invited Alex and the other children to participate in The Greatest Journey, a 12-lesson discipleship program for children who receive shoebox gifts.

During those classes, Alex learned more about God and the significance of one particularly special item in his shoebox—a Bible.

Alex is able to read the Bible that came in his shoebox because, surprisingly, it is a Tagalog version—the national language of the Philippines!

From among the millions of shoebox gifts distributed across the world, God guided this shoebox into the hands of a child who now considers God’s Word his greatest treasure.

Alex prayed to receive Jesus not long after graduating from The Greatest Journey. “Now, I know I will go to Heaven,” he said. “All the Bible stories I learned during The Greatest Journey were new to me. My favorite lesson was about Jesus’ death and resurrection.”

Alex is one of more than 40 children in the village who participated in The Greatest Journey and have prayed to receive Jesus Christ as their Lord and Savior. He said the New Testament was his favorite shoebox gift item because he is excited to learn more Bible stories.

Alex and the children were eager to continue studying the Bible after The Greatest Journey course was complete. Their parents were also interested in the Gospel after seeing the change in their children’s lives, and so Pastor Ramos and a few church members have continued coming to the village to teach weekly Sunday Bible classes.

Each of Alex’s six siblings also received an Operation Christmas Child shoebox. As the oldest, Alex works diligently around the house to help his parents, who, like most everyone in the village, are farmers. Still, “it is hard for my parents to provide for us,” he explained.

Alex said he used to be a “terror” to his siblings but he’s changed now that he is a Christian. Alex isn’t the only one who changed—the entire village is different. Children better obey their parents and their school attendance is much improved. Alcoholism is less prevalent in the village. 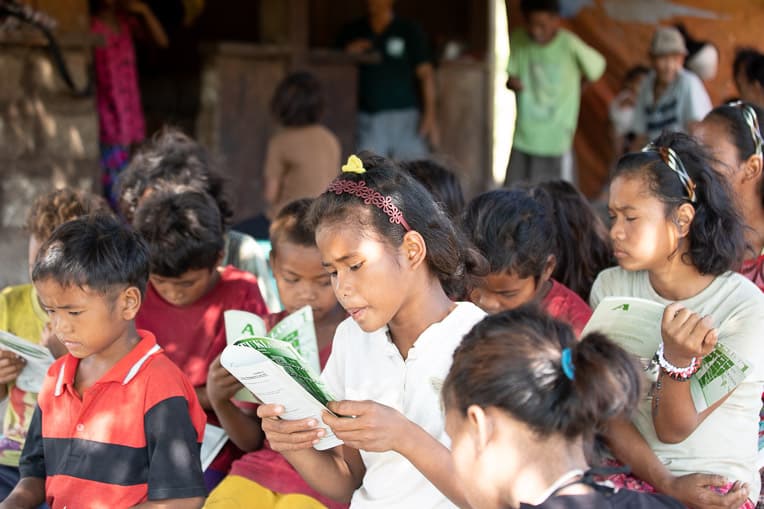 More than 40 children in the village came to faith in Jesus Christ during The Greatest Journey. They still continue studying the Bible every Sunday.

A number of parents have also accepted Christ as Lord Savior and many, including Alex’s parents, have left false religion and attend the classes led by Pastor Ramos. [Pray that Alex’s parents will be saved!]

This is all especially exciting because the village is part of the Iraya people group—one of several tribes indigenous to the southern Philippines. The Iraya are considered an unreached people group because less than 2 percent are Christian.

Please pray for Alex and others who have come to faith in Jesus Christ. Pray that they will continue to grow in their relationship with the Lord. Please also pray that others in the village will turn from false teaching and fully trust God.