Restoring Hope to a Nation Grieving and Crippled by Violence 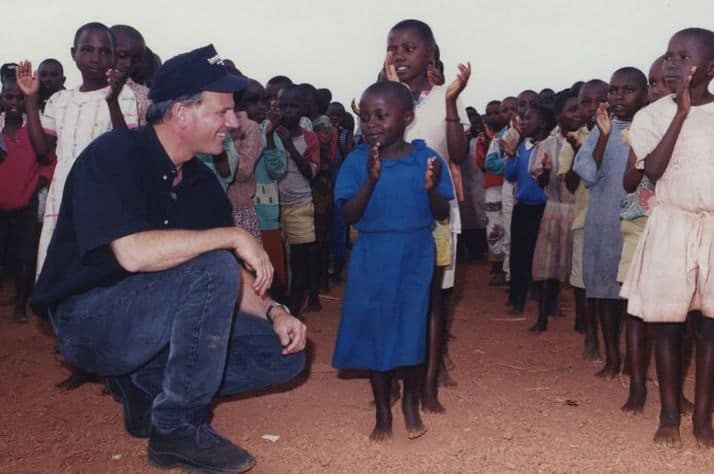 1994: Samaritan’s Purse re-establishes medical care in the capital, provides tons of food and supplies, and cares for orphans of the Rwandan genocide.

In the spring and summer of 1994, the Hutus took up arms against the Tutsis and commenced with the brutal slaying of more than 800,000 people—men, women, and children—in a little over three months. The massacre, concurrent with a years-long civil war between the two tribes’ military forces, crippled the East African nation of Rwanda. 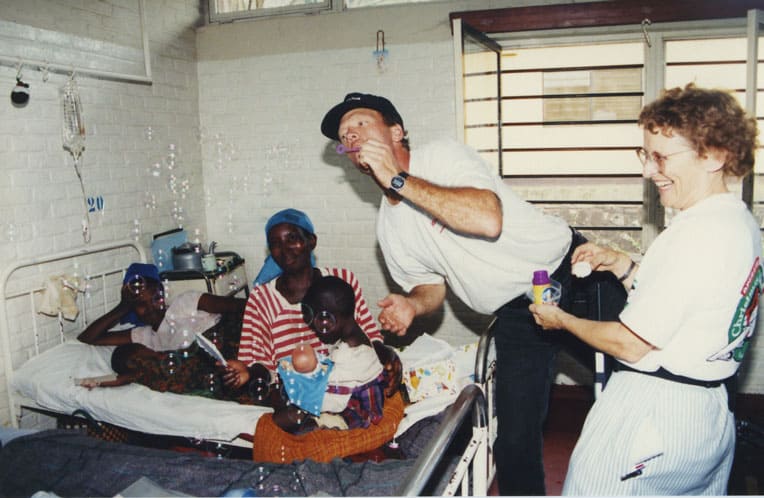 Samaritan’s Purse Vice President Ken Isaacs ministered to families in Rwanda and led our first response after the genocide.

Amid this despair and darkness, a new Rwandan government asked aid organizations to step in and provide assistance. They asked Samaritan’s Purse to re-establish the Central Hospital of Kigali, the main hospital in the capital city—which had been the epicenter for atrocities carried out neighbor against neighbor using machetes and clubs. When we arrived there to begin work, we realized the hospital building had itself been used for killings.

“There was a deadly quiet,” said Ken Isaacs, who was first on the scene with Samaritan’s Purse. “There were no sounds of life. No birds chirping. Nothing. It had a profound gravity on us.”

We went to work carefully removing the remains of victims killed in the facility. We cleaned the hospital and made it operational again, deploying more than a dozen doctors and other medical personnel to serve the medical needs of Rwandans. We also placed specially-trained chaplains at the hospital to meet the spiritual needs of patients and their families who had witnessed and experienced the genocide’s atrocities. 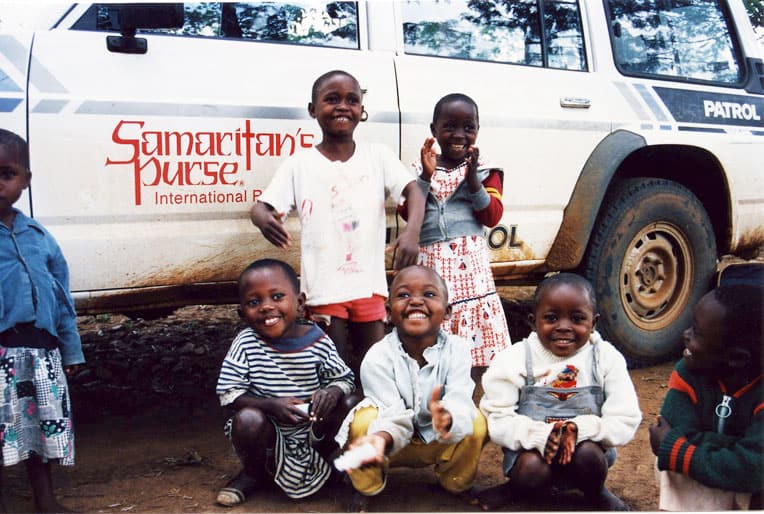 After the Rwandan genocide, Samaritan’s Purse cared for orphans in Jesus’ Name, providing them with a home, food, and a safe place filled with God’s love.

As we continued to respond to the region, we also delivered more than five tons of emergency food—including maize flour, salt, cooking oil, sugar, and other items—to the Rutare refugee camp. As we were serving these displaced and devastated people, our team discovered droves of orphans in need.

In response we started the Samaritan Children’s Village, where we cared for hundreds of boys and girls whose parents had been killed. These desperate young people were provided a place to live where they experienced God’s love and received the help they needed to begin healing from witnessing such unspeakable violence.

Orphans of the Rwandan genocide were also some of the first children in the world to receive shoebox gifts as part of our Operation Christmas Child project, which started the year before among children in war-torn Bosnia. We provided shoebox gifts at Samaritan Children’s Village and later at other orphanages in the country. The beautiful story of God’s work in Rwanda through simple shoebox gifts remains written on the hearts of children who suffered terribly, many losing loved ones, during the violence.

“I understood that God loved me, and not just me but everybody, including those people who killed my family,” said one survivor named Alex who learned about God’s love and forgiveness during an Operation Christmas Child outreach in Rwanda. Years later he was part of delivering shoebox gifts to children in Rwanda and to the same orphanage where he lived as a child before his adoption by an American family. During his visit to his homeland, Alex also was able to visit the man in prison whom he had seen kill his family. He offered forgiveness and was able to share the Gospel with the man.

“Forgiveness frees the people who committed the crime,” Alex said. “It also gives them understanding that Christ also can forgive them.”