Good News and Great Joy for Children Around the World 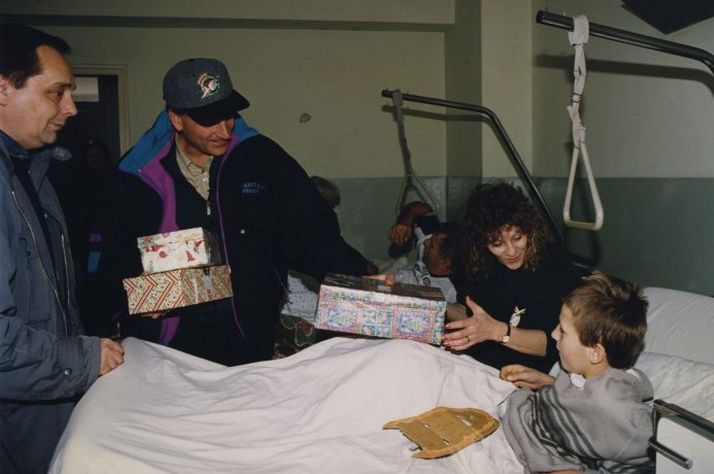 1993: Franklin Graham discovered the power of a simple shoebox gift to make Jesus Christ known to children in need around the world.

The summer of 1993, Franklin Graham received a call from England asking if he would fill shoeboxes with gifts for kids in war-torn Bosnia. Familiar with the suffering there from his recent visits to the Balkans, Franklin agreed. 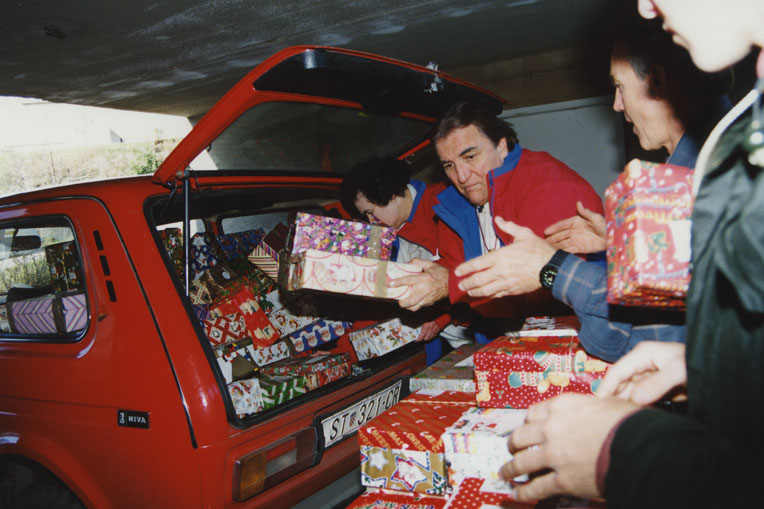 The late Ross Rhoads was a supporter of Operation Christmas Child from the ministry’s beginning in 1993.

Around Thanksgiving, his office received another call from England asking about the gifts. Franklin remembered the promise he’d made months before. He excitedly responded to his secretary who took the call: “Tell them we’re working on it!”

He promptly called his friend, the late Ross Rhoads, to see if the church he pastored, Calvary Church of Charlotte, could help. The next Sunday, Ross demonstrated to his congregation how to pack a shoebox full of toys, school supplies, and hygiene items. Then he invited them to join him and do the same. Before long, they had 11,000 gift-filled shoeboxes lining the halls of his church, ready to bless boys and girls in need.

Combined with gifts packed through our Canadian office, Samaritan’s Purse sent 28,000 shoeboxes to the children in Bosnia that Christmas.

That was just the beginning! Momentum continued to build for the Operation Christmas Child project.

The very next year, Mary Damron, her husband, and her son, drove from the hills of West Virginia to our office in the mountains of Boone, North Carolina, with a borrowed truck packed full with 1,256 shoeboxes!

Mary had heard on television about our efforts to deliver gifts to children in Bosnia and, with the help of her daughter, typed up a simple flyer about the project. She delivered the information to her neighbors—a community of coal-mining families—who enthusiastically rallied to the cause. 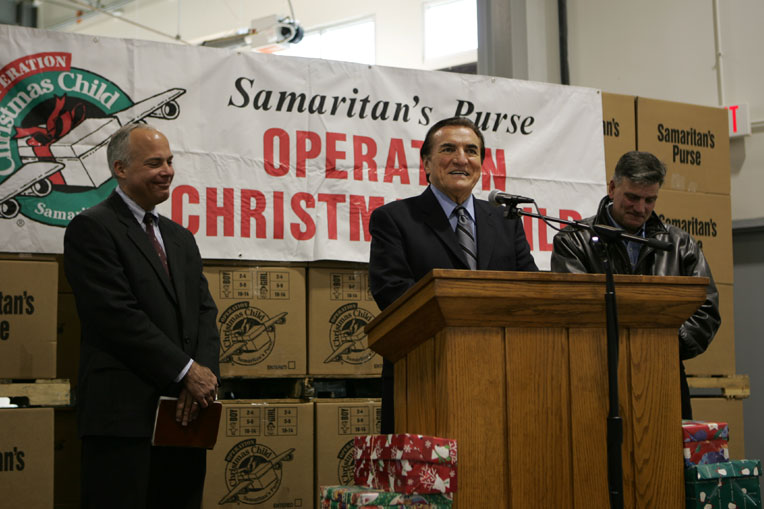 As Mary put it, “I went up and down the hollers, telling everybody that Brother Graham needed shoeboxes for God.”

In those mountain communities shoes were scarce and so were the boxes they came in. So Mary’s husband even made the shoeboxes by hand, cutting them out of cardboard he had collected from dumpsters and fastening them together with miner’s tape.

Struck by this family’s act of faith, Franklin Graham invited Mary to travel with a team to Bosnia that Christmas to personally deliver some of the shoeboxes she’d collected.

Mary didn’t have a passport and had never been outside of the country before, but she embraced the opportunity.

Ross Rhoads, who was also on the trip, said of Mary afterward, “She was a blessing. She put her arms around those kids; she prayed with them, she cried with them, she touched them with such tenderness. At times, she even acted like one of them, and they loved her!”

Packing Shoeboxes at the White House

In the months following, a local newspaper article about Mary’s efforts for Operation Christmas Child caught the attention of the White House. President Bill Clinton invited her to visit him for a press conference just before the Dayton Peace Accord was signed in France, bringing an end to the war in the Balkans. 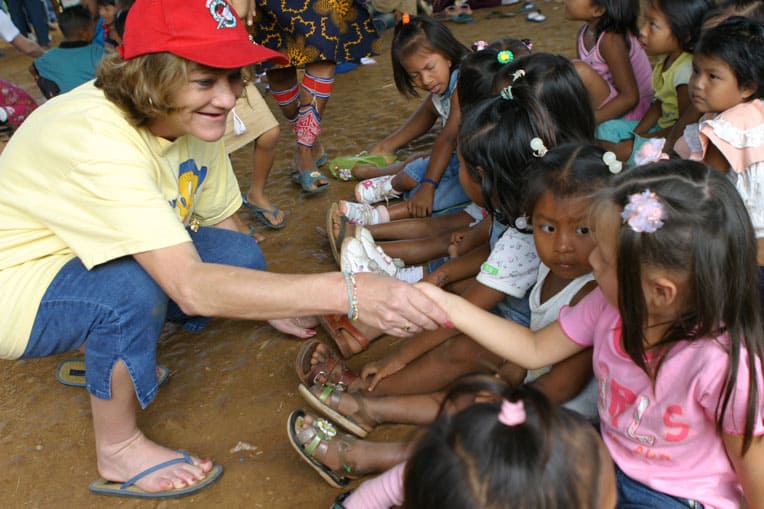 Mary Damron is one of the earliest advocates for the work of Operation Christmas Child and Samaritan’s Purse. She joined Franklin Graham on shoebox distributions and even inspired a U.S. president to pack a shoebox.

While she was in the Oval Office, Mary brought an empty, wrapped shoebox out of her bag and said, “Mr. President, would you fill this one for me?”

Surprised by the request, he said, “Mary, I’ll be glad to fill a shoebox for you.”

She also asked if she could pray for him, and he humbly agreed.

Bill Clinton was not the only Commander-in-Chief to pack shoeboxes for Operation Christmas Child. Presidents Ronald Reagan, George H.W. Bush, and George W. Bush also joined in the effort to bless children around the world by providing these simple shoebox gifts.

Through the generosity of servants great and small, Samaritan’s Purse has delivered more than 178 million Operation Christmas Child shoebox gifts to children in more than 150 countries since 1993. 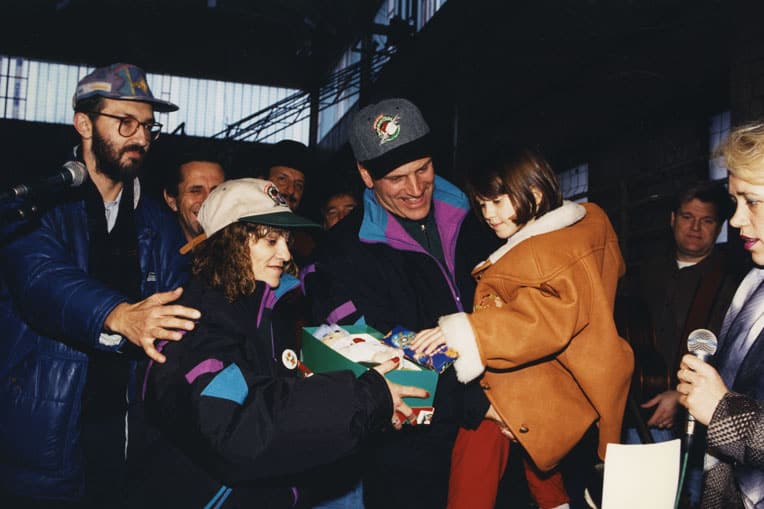