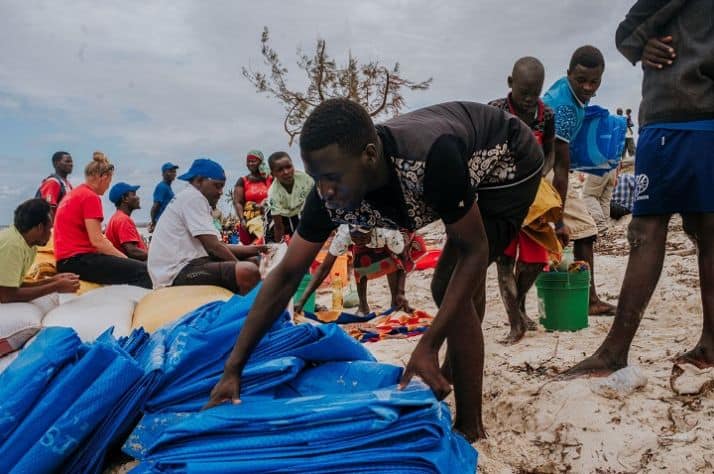 Samaritan’s Purse DC-8 aircraft departed Thursday, May 2, for Mozambique with a load of shelter supplies for those devastated by Cyclone Kenneth. With an anticipated arrival in the coastal city of Nacala this weekend, 4,500 tarps funded by Samaritan’s Purse Canada provided in Jesus’ Name will offer much-needed relief. 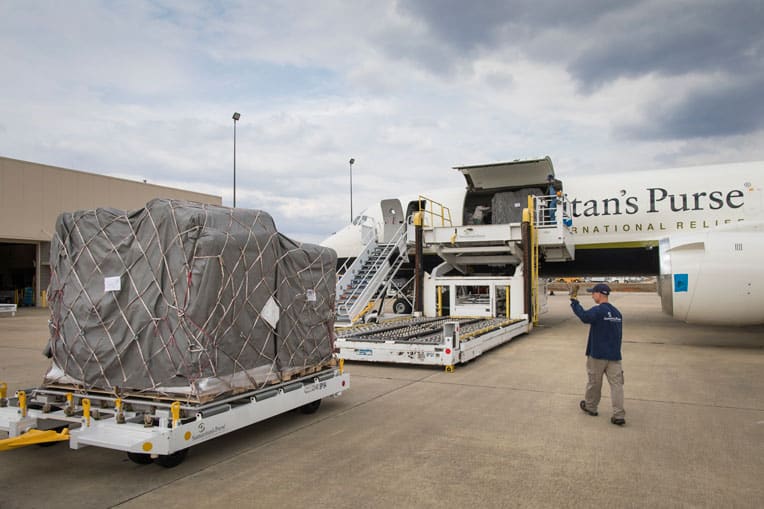 Our DC-8 aircraft will bring relief supplies to storm survivors.

Cyclone Kenneth—one of the strongest storms to ever hit Africa—made landfall on April 25 with more than 280 km/h winds. Since then, 50 cms of rain has fallen and an additional 50 cms is forecast. The storm left 38 people dead and over 20,000 displaced. In addition, more than 34,000 homes have been partially or totally destroyed.

In the areas surrounding the towns of Beira and Buzi, we have distributed more than 14,000 tarps and treated nearly 4,000 patients at our Emergency Field Hospital. In addition, we have handed out over 3,000 water filtration systems and rehabilitated hundreds of wells and other water supply points. We have also distributed more than 40 tons of food in three-day rations of rice, beans, and oil. Amid all of this, we have trained and distributed Bibles to more than 800 pastors who lacked them.

Please pray for the people of Mozambique as they seek to recover from two devastating cyclones in such a short period. Ask also for Samaritan’s Purse staff on site to minister the hope of the Gospel of Jesus Christ in their time of need.