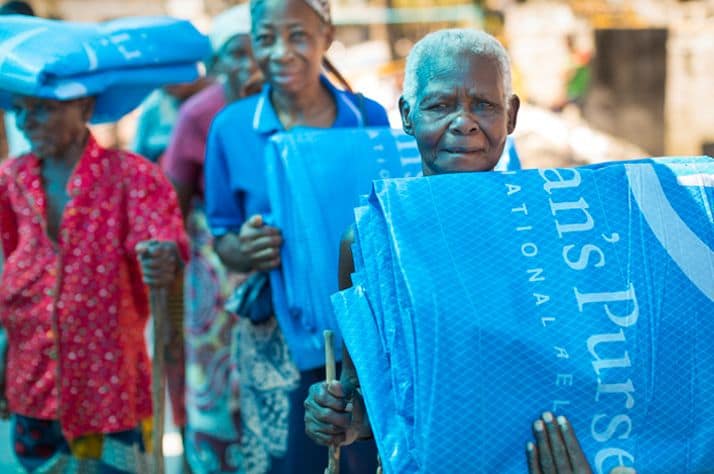 In the aftermath of Cyclone Idai, many thousands of families are suffering. The powerful cyclone killed hundreds, destroyed homes, caused widespread flooding and contaminated water sources. The result is a humanitarian disaster affecting more than 1.7 million people. 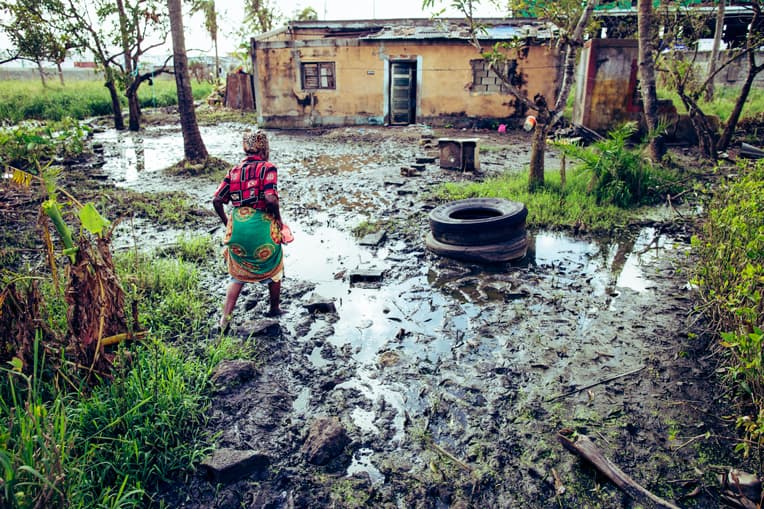 Water is just starting to recede in some locations of Beira, Mozambique. This flooded area is home to several families who lost their roofs in the storm.

Samaritan’s Purse is distributing hundreds of tarps to vulnerable people. Nearly two weeks after the storm, these families had been living without adequate shelter, exposed to the elements. The cyclone destroyed everything they owned.

As families filtered through a distribution line this week, receiving emergency shelter material, they were overwhelmed with gratitude, repeating “Obrigado, obrigado” to everyone they passed—saying “thank you” in Portuguese.

In addition to meeting emergency shelter needs, Samaritan’s Purse is ramping up a medical response—preparing to open a hospital. Materials will be airlifted from the U.S. on Thursday, March 28. 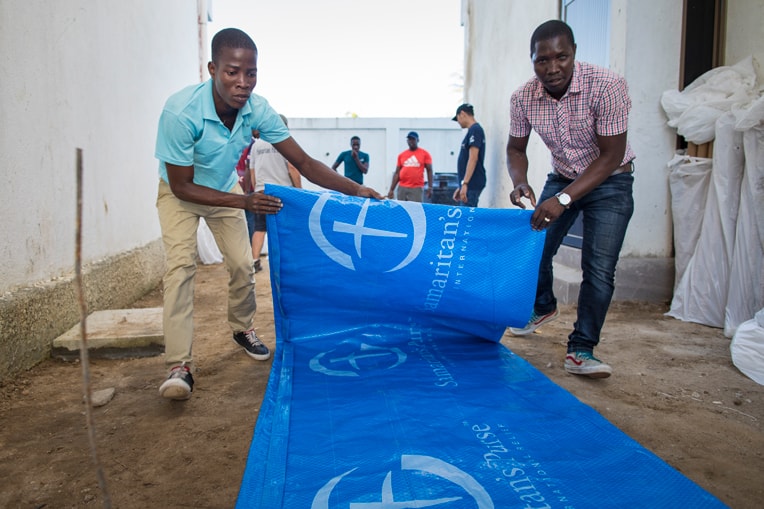 Our teams are distributing shelter materials and other supplies to flooded communities in and around Beira.

At the request of the Ministry of Health, this facility will be located in Buzi, a rural town that was completely underwater after the cyclone. Some 60,000 people were displaced. As floodwaters recede and families begin to return home, they are coming back to utter devastation.

“Because of the living conditions, they are more vulnerable and need better access to healthcare,” said Kelly Suter, Samaritan’s Purse nurse leading medical efforts on the ground. “We expect to treat diarrhea, parasitic infections, malaria, and upper and lower respiratory illnesses.”

This hospital will supplement the nearby healthcare centers, which are already treating more than double their standard caseload.

Maria Mateus, a mother of four children, was one of the first beneficiaries to receive a new tarp. Her home was destroyed in the cyclone. Maria heard about Cyclone Idai on the radio so she knew that it was coming, but she never expected it to be so destructive. As she rode out the storm with her family, she was terrified. Her home was crumbling around them. 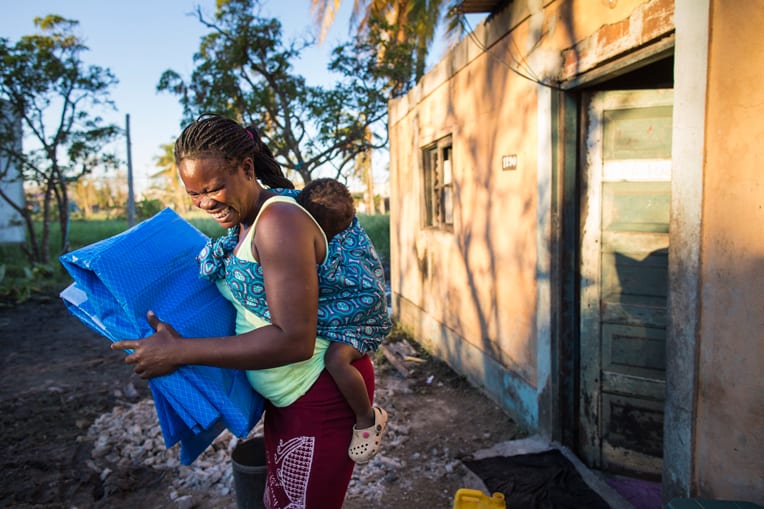 Shelter materials and other supplies will help families get back on their feet after Cyclone Idai ripped up homes and flooded communities.

“First the rain started then the wind. I was shocked when the walls of my house fell down and the roof collapsed. I suffered a lot,” Maria said.

Because of her roof collapsing and the torrential rain, her family has nothing left—nowhere to live, no food, no supplies and no way to start over. Displaced by the storm, they are living in a local shelter with hundreds of other victims. Her new tarp is her only supply, but she is still thanking God for it.

Pastor Daniel said that Mozambique is still recovering from the brutal civil war that lasted more than a decade. Even though this war ended in 1992, the effects are still felt throughout the nation. 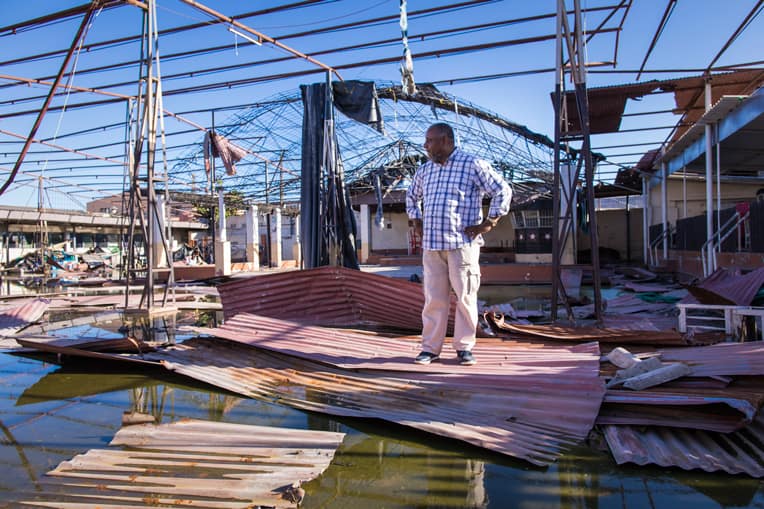 Pastor Daniel surveys the property of his church where hurricane winds and floodwaters wrecked the worship space.

“They experienced suffering for many years. Today, they are still trying to recover what was lost,” Pastor Daniel said. “The cyclone is like a second war. It took everything again. They are starting from zero.”

The cyclone left her in shock. She could hardly wrap her mind around the devastation that it left behind. Even though she lost everything, she is still grateful.

“I am so thankful to be alive, and I’m thankful now because I have something to protect my house,” she said.

As more needs continue to be identified, Samaritan’s Purse is increasing the scope of the response. Please continue to pray for the families who are suffering and that the physical aid they receive will point them back to God, the only one who can truly meet their needs.