Your donations are providing food and emergency supplies to those desperately in need.

DART response wraps up in Japan

Update: August 21, 2018
Samaritan’s Purse deployed a five-person disaster assistance response team (DART) to southwest Japan to help mobilize churches, their members and resources to share Christ while cleaning out flooded homes and helping families return home. This was in response to responding to the deadly floods and landslides that killed more than 200 people. Eight million people were evacuated and tens of thousands displaced. 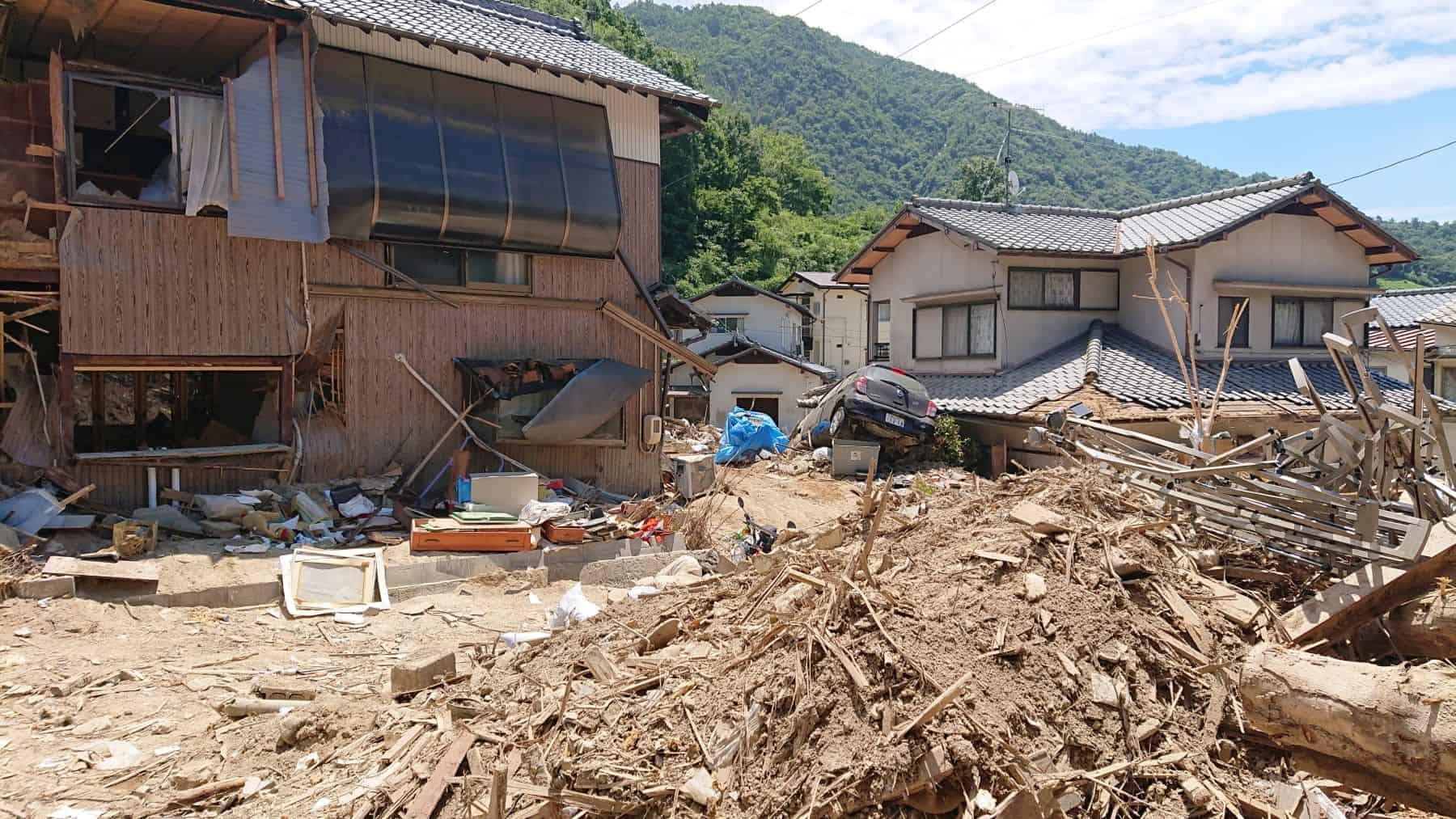 Several of our staff have long-term experience in Japan. After the 2011 tsunami and 2016 earthquake in Japan, Samaritan’s Purse joined with churches in cleaning up damaged homes, distributing food, and offering grief counselling and pastoral care.

Samaritan’s Purse Canada’s Chris and Izumi Kuriyama deployed to Hiroshima to partner with local churches in their efforts to assist victims with the clean-up.

Please join us in praying as the extreme heat continues in Japan with recent reports of the heat being blamed for over 115 deaths and over 45,000 people taken to the hospital with heatstroke. The volunteer centers start work early in the day, take frequent breaks, and end work by 3 p.m. to accommodate for the heat wave.

While the DART response has concluded, Chris and Izumi will be staying on to support the local churches until mid-September. Please keep them in your prayers as well. 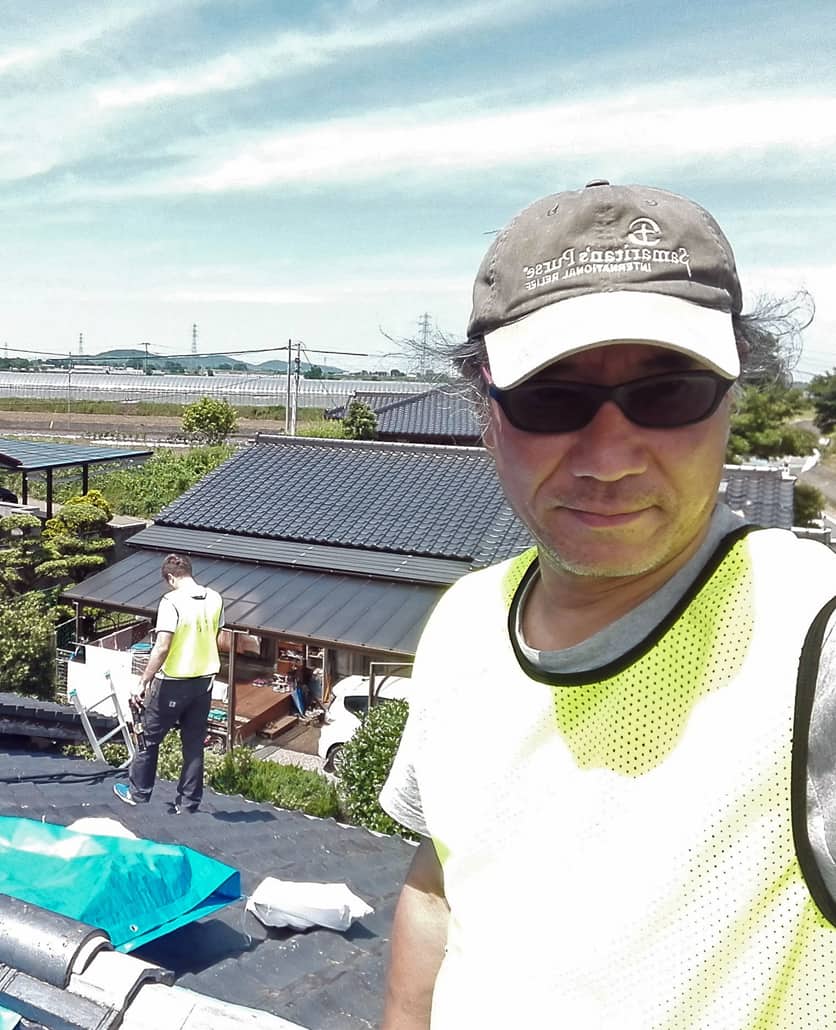 Chris Kuriyama serving in Japan after the 2016 earthquake.

Chris and Izumi Kuriyama, who grew up in Japan and speak Japanese fluently, conducted the initial assessment for Samaritan’s Purse Canada and are supporting local churches in Japan in their efforts to assist victims.

“Building on our experience working alongside the Japanese churches in 2011, we are working together to serve the most vulnerable people in their communities inspired by the love of Christ,” says Samaritan’s Purse Canada international disaster response manager David Bock.

In early July, remnants of Typhoon Prapiroon combined with seasonal rainy weather to produce a record-setting deluge. Floods triggered landslides, killing more than 200 people. Homes and businesses were damaged, destroyed, or swept away. Thousands of homeowners in Hiroshima, Okayama, and Ehime Prefectures (states) have been displaced to community centers and gymnasiums.

“As we’ve visited and talked with people, they don’t feel helpless; and yet while they may feel anxious, they’re hopeful,” says one of our staff members. “They just want to get back home.”


Both Samaritan’s Purse President Franklin Graham and his oldest son, Will Graham, have held evangelistic outreaches in Japan since 2011, and many volunteers from those events are heading toward the flood-affected areas to help families recover.

Please pray for our DART members as they encourage and strengthen Japanese churches—most of them small congregations. Pray that many homeowners will be saved as churches mobilize their members to serve in Jesus’ Name and present the Gospel.

To help assist victims of this devastating flood, make a donation to our Disaster Relief fund. 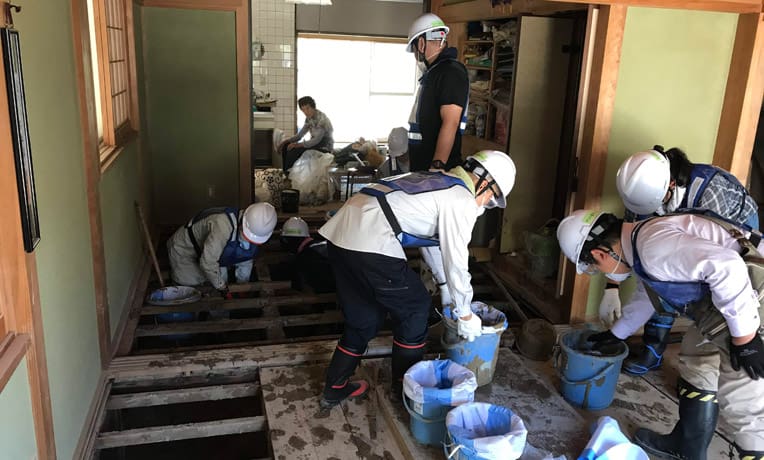 Volunteers mobilized by local churches work to clean up a flood-affected home.

Cleaning out flooded houses in Japan 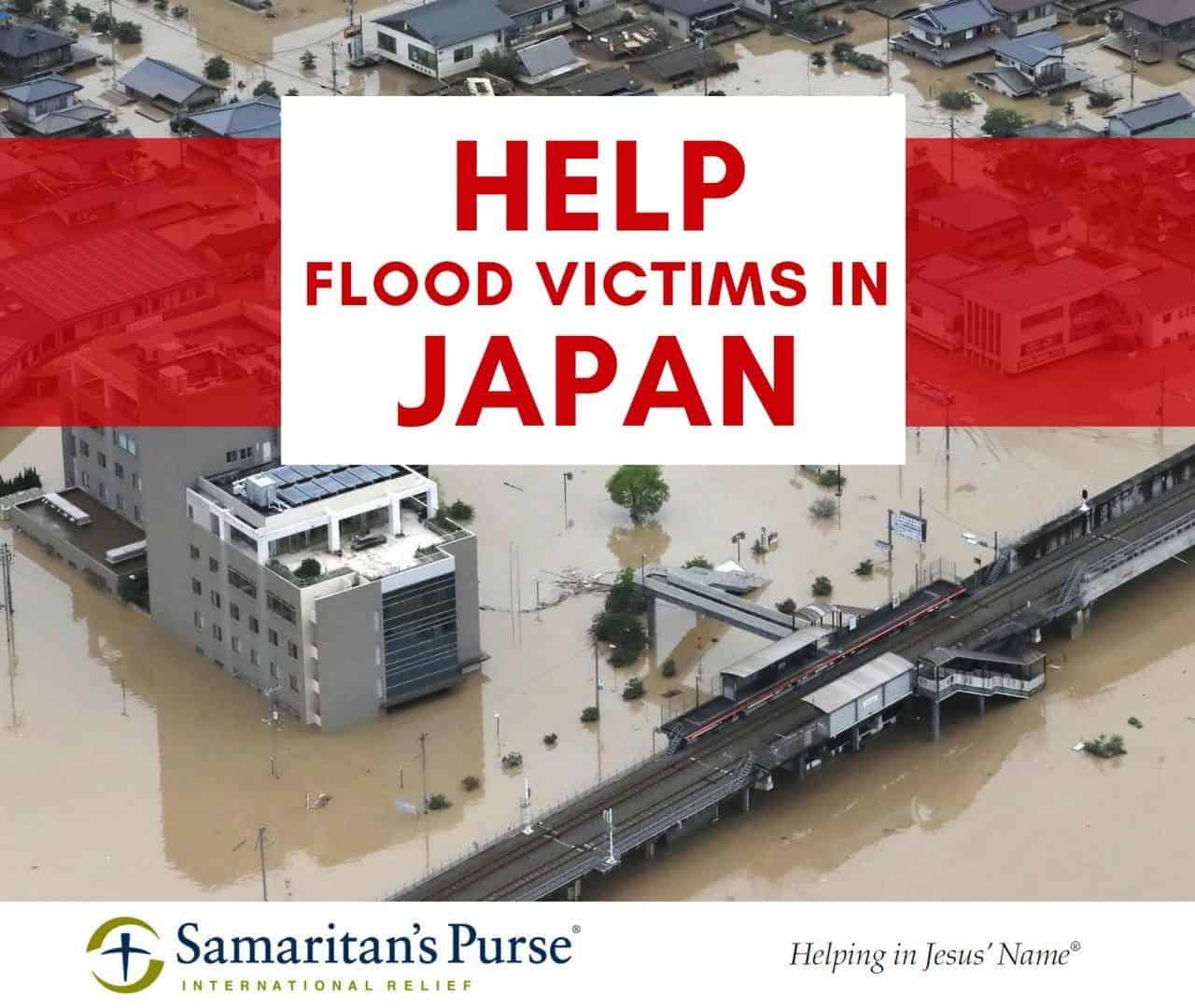