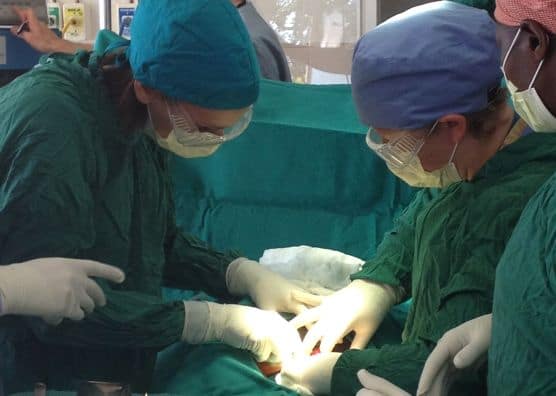 Dr. Nathan Ginther, a general surgeon from Warman, SK, served at Kapsowar Hospital in Kenya. Here, he shares the story of a young mother who didn’t just receive life-saving medical care, but also emotional and spiritual support in the midst of crisis.

When a 19-year-old girl came to Kapsowar Hospital for help, she was suffering from a severe post-partum hemorrhage. A first-time mother, she had delivered her baby at home, but continued to bleed for the next week. 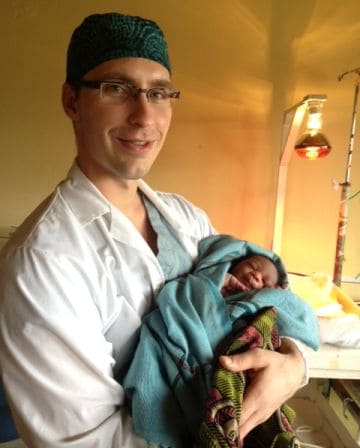 First, her family tried traditional healing methods by cutting ten small incisions on the skin overlying the young woman’s uterus. When that didn’t work, they finally took her for treatment and were referred to Kapsowar Hospital for possible surgery.

It was almost too late.

The family couldn’t afford an ambulance, so even in her life-threatening condition, the teenager travelled by bus to our hospital. When she finally arrived, she had lost over half her blood volume and desperately needed a transfusion.

When we discovered that our blood bank was empty, two doctors sacrificially volunteered their own blood. We were forced to perform an emergency hysterectomy.

Although our team was able to save the mother’s life, it came at great cost.

The young woman is part of the Pokot tribe of Kenya-an impoverished community that measures social status not by possessions, but by children and childbearing. Tragically, this mother will never be able to bear children again.

As a result, her husband will likely marry a second woman for more children, while she will become the subject of village gossip, jokes, and malicious slander-all because of something beyond her control.  In the days following the operation, she struggled with depression. But just because we’d met her physical needs didn’t mean our work was done.

“Just because we’d met her physical needs didn’t mean our work was done.”

Through counseling provided by our chaplains, and prayer from many at the hospital, a visible change began to come over the young mother. Joy returned and she began to rejoice in her healthy baby, rather than focusing on her grief.

This woman has a difficult road ahead-but she and the countless other patients treated at Kapsowar Hospital are better equipped to face adversity after receiving quality care and support for their physical, emotional, and spiritual needs.

Our prayer is that-through the care we provide and the power of God-their lives will be changed in Jesus’ Name.