Starting churches with children in Peru

In the past four years, brothers Jamber, 22, and José, 19, have helped to start two churches in the gold mining town of Cajamarca, Peru.

Growing up, both received Operation Christmas Child shoeboxes while attending Gateway to Bethlehem, a church in a middle-class neighborhood.

YOU CAN PACK A SHOEBOX

“I was really happy, really joyful,” José said, remembering receiving his box full of towels, toys, and crayons at age 5. It meant a lot to him to receive a gift from someone far away that he didn’t know.

Jamber was already a believer and a Sunday school teacher when he received his at 15.

“It was like a present from God to thank me for helping to teach the Word,” he said.

The faith of both boys was so evident that when their pastor asked them to help start a new church, they readily agreed. Twice a week, they walked almost two miles to an underprivileged part of their city to gather children for games and a time of listening to Bible verses. As the group began to grow, so did the level of their spiritual investment in the children.

Needing a place to meet, the brothers, their pastor, and eight other youth from Gateway to Bethlehem began building a church in an open field, naming it House of Wood after the planks used to assemble the walls.  When it came time to add a door to the meager 50-by-13-foot structure with a dirt floor, they used the pastor’s own bedroom door.

“Those who received a box as a child … are now leaders in the church.”

For six months, the new church met in this building without water or electricity. But services by candlelight didn’t slow them down.

To grow the body, they distributed Operation Christmas Child shoeboxes and began teaching The Greatest Journey, the 12-lesson follow up discipleship program Samaritan’s Purse developed for shoebox recipients. Boys and girls learned what it meant to follow Jesus and share their faith with others.  Some of their family members began attending church as well.

Now four years later, House of Wood has a 2,000-square-foot building (including the original structure) to accommodate all the people who come for their Tuesday and Thursday night services.

“Those who received a box as a child and went through the discipleship program are now leaders in the church,” said Pastor Cueva, leader of both Gateway to Bethlehem and House of Wood.

Equipping the Second Church to Start a Third

Even with this church growing, Pastor Cueva felt compelled to do more. With the help of Jamber, José, and two other youth from these churches, they started Jesua Delta, a church in the depressed Delta neighborhood in the southern corner of the city. Located on a steep hillside at more than 9,000 feet above sea level, the area is rife with gangs, alcoholism, and domestic violence. The brothers walk three miles from their home to help with Saturday morning services. 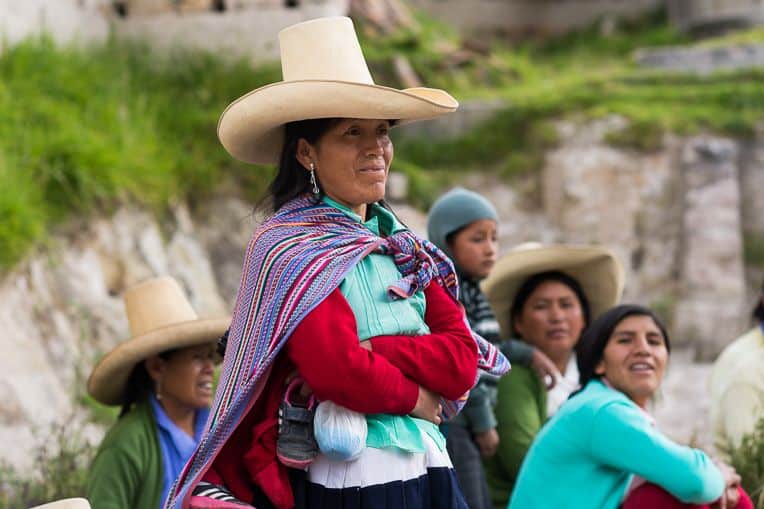 Family members listen in to the Operation Christmas Child outreach event in the Delta neighborhood.

“It’s a little difficult when we have to walk up hill in the rain,” Jamber said.

Here they applied what worked well at House of Wood: They hosted an Operation Christmas Child distribution for the 10 children who had been coming to the church as well as other boys and girls in the neighborhood.  Forty children gathered on benches to join in singing and hearing a Gospel presentation while mothers and grandmothers wearing traditional tall straw hats and colorful blankets sat around the edges, eager to hear the message.

When Pastor Cueva asked who wanted to become a Christian, more than a dozen children jumped up from their seats to express their interest in inviting Jesus into their hearts.

Ryan’s favorite item was a stuffed animal, but more importantly, he said, “I received Christ into my heart today.” 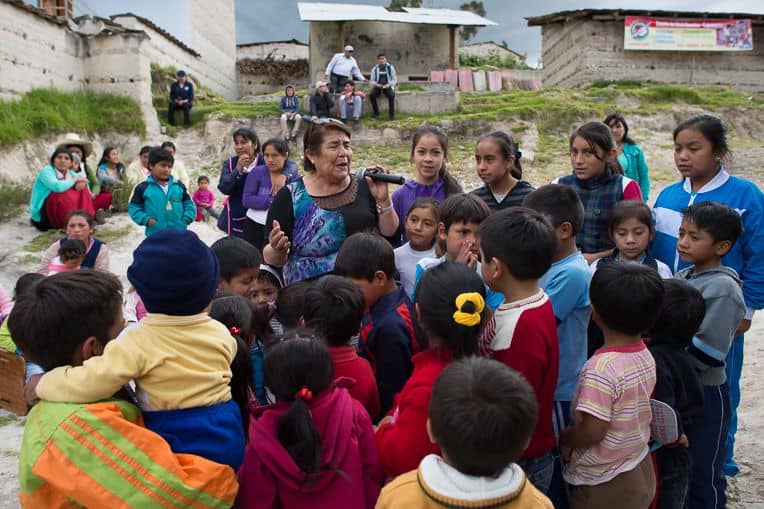 More than a dozen children stand and accept Jesus into their hearts.

This happens over and over again with Operation Christmas Child.

“The Holy Spirit works in a very sweet way,” said Silvia Titto, volunteer National Prayer Coordinator for Operation Christmas Child in Peru. “Churches are able to share God’s love through shoeboxes. The children feel Jesus in their hearts. They feel the love of people all over the world, and they know that God is real.”

“We Need to Keep Going”

Days later, 12-year-old Cinthya from Jesua Delta gathered at House of Wood with children from seven other churches for her graduation from The Greatest Journey.  She’d been taking the course since January and said, “I was able to learn the teachings of Jesus.”

“These children come from economic poverty,” Pastor Cueva said. “When they do The Greatest Journey, it helps to plant them firmly in the Word of God.”

Donning a cap and gown, Cinthya’s favorite part of the celebration was receiving her graduation certificate.  She also went home with her own New Testament that will help her continue to grow in the Lord. 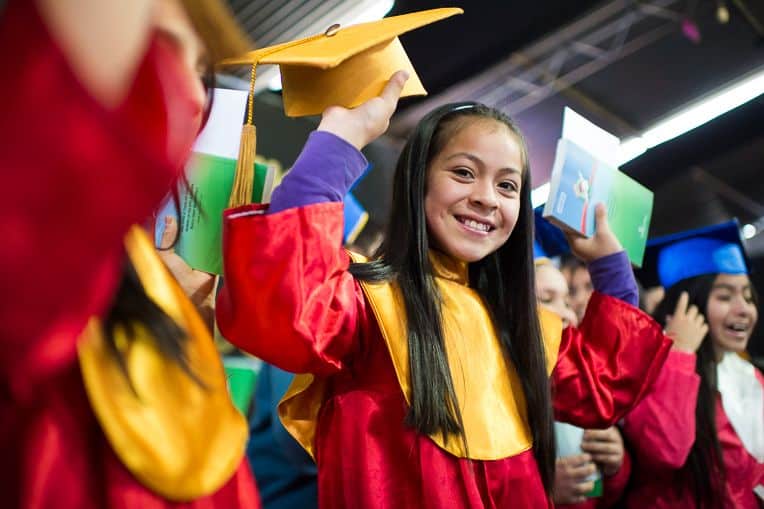 Cinthya rejoices at her graduation with her certificate and New Testament.

Cinthya’s classmate Mariella also grew in her faith as she took The Greatest Journey.

“I learned the things that are displeasing to God and that Jesus died on the cross to give us life,” she said.

As a new class of The Greatest Journey assembles at Jesua Delta for those who just received shoeboxes, Mariella will help teach it.

Pastor Cueva is grateful that Operation Christmas Child and The Greatest Journey equip her in evangelism and discipleship.

“In 10 to 15 years of working with children, I’ve seen that it really works,” she said. “It’s a powerful church-planting tool here.”

“In 10 to 15 years of working with children, I’ve seen that it really works.”

But even while pastoring three churches, Pastor Cueva’s vision continues to reach further.

“I believe Operation Christmas Child has [already] had a big impact on Cajamarca, but we need to keep going—parts of the city still haven’t heard about Jesus yet.”