Saving the lives of mothers in remote Vietnam

“It was my first time giving birth, and I was terrified,” she said. The pain was nearly unbearable. 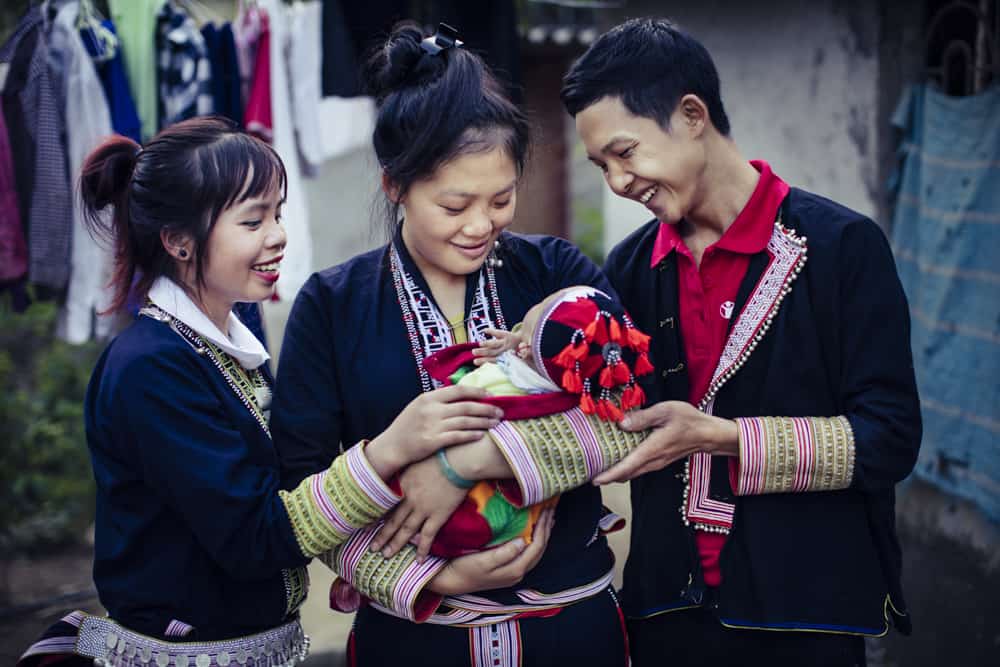 Tan wouldn’t have gone to the hospital if not for Ha’s insistence. Most women in her remote village give birth at home because it’s tradition. They aren’t aware of the importance of going to a local clinic for check-ups or giving birth at a healthcare facility.

Ha has also helped other mothers in her poor farming village such as May. Both May’s family and her husband’s family have always been farmers and they work hard to care for their two children. 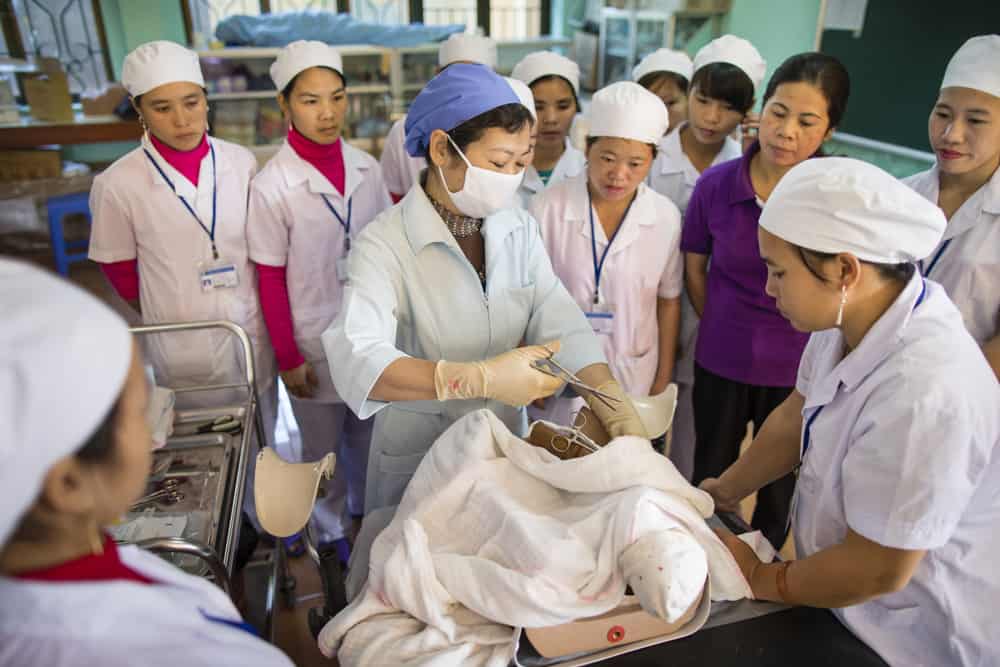 “We grow rice and watermelons. I had to carry my newborn baby with me on my back when I went to work in the fields,” she said.

Ha encouraged May to visit the local clinic for check-ups and to receive micronutrient powder supplements for her daughter and iron tablets for herself, both provided by Samaritan’s Purse.

Ha also taught the young mother how to feed her children nutritious food, something May learned for the first time.

“I didn’t know my daughter was malnourished until we went to the clinic,” May explained. “Now, she has more of an appetite, she is gaining weight, and she is healthier.”

Training to Save Lives

Although Ha’s father is a local health worker, men in her culture do not usually provide obstetric care. This means that without a traditional birth attendant (TBA) in their village, most mothers-to-be lack the care they need.

“What I really like about being a TBA is when I can help save a life,” Ha said. “I give mothers advice on how to have a healthy pregnancy, a good diet, and how to breastfeed the baby.” 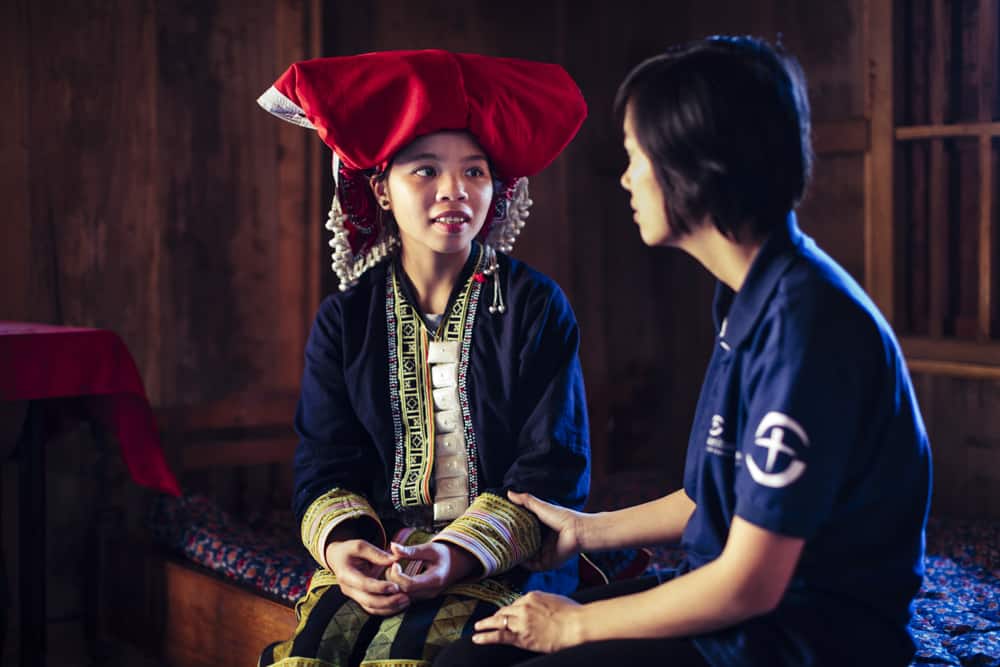 Before Ha became a TBA, mothers-to-be in her village worried about their pregnancy. Now, equipped with skills and knowledge from her six-month training, Ha is able to relieve some of their anxiety. “The mothers are happy and very thankful to me,” she said. “They trust me.”

Nong Ngoc Khanh, director of the hospital where the Samaritan’s Purse training is held, said the TBA program is especially important in northern Vietnam because villages are isolated by rugged mountain terrain.

“The women have to work so hard. They do not have time to rest because they are very poor and have to work even during their pregnancy,” he explained. “We have had cases when mothers give birth right in the fields.”

“I’m so thankful for the support of Samaritan’s Purse,” he said.

Lu, 27, is a current student in the Samaritan’s Purse TBA program. After graduating, she will, like Ha, become the first traditional birth attendant in her village. 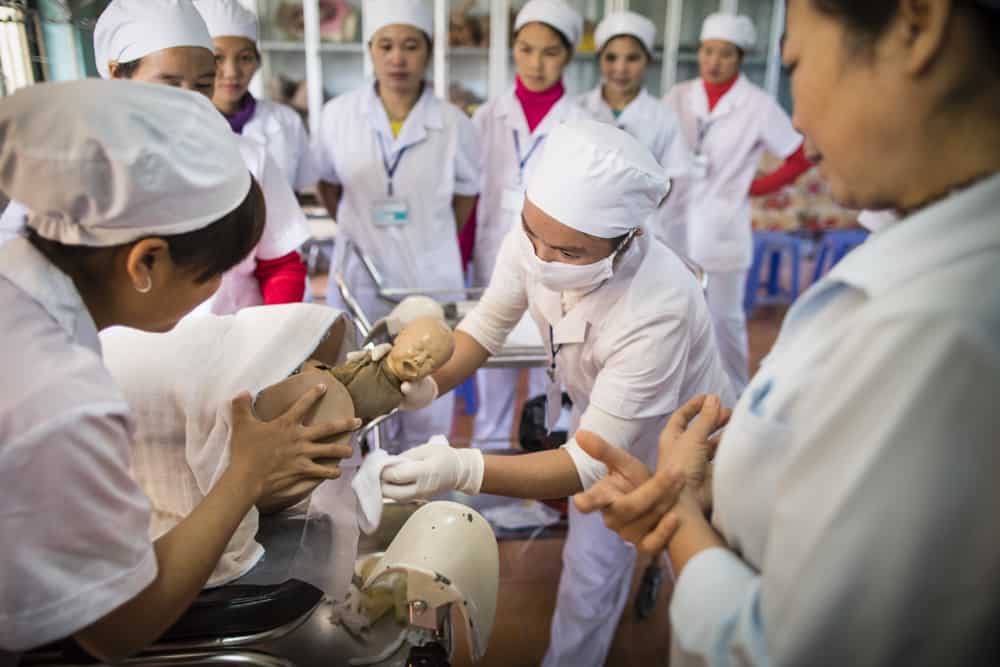 Becoming a TBA is especially important to Lu because her sister-in-law died about a year ago due to labor complications. Lu was with her sister-in-law at the time—sadly, she had no idea what to do nor whom to ask for help.

Lu had a harrowing experience herself giving birth to her second child. She was home alone when she went into labor and “felt like I might die,” she said.

As tears flowed, Lu recounted how scared she was and how she still feels so much sadness about her sister-in-law’s death.

“It would have been much easier if a TBA had been there to support me. But there is no TBA in our village.”

Lu is grateful for her TBA training and plans to work hard to care for the 40 households in her poor farming community.

“I want to learn so that I can help,” she said.

Please pray for the women who work hard as traditional birth attendants in order to help save many lives. Please pray that mothers and families in northern Vietnam will come to know God’s love for them. 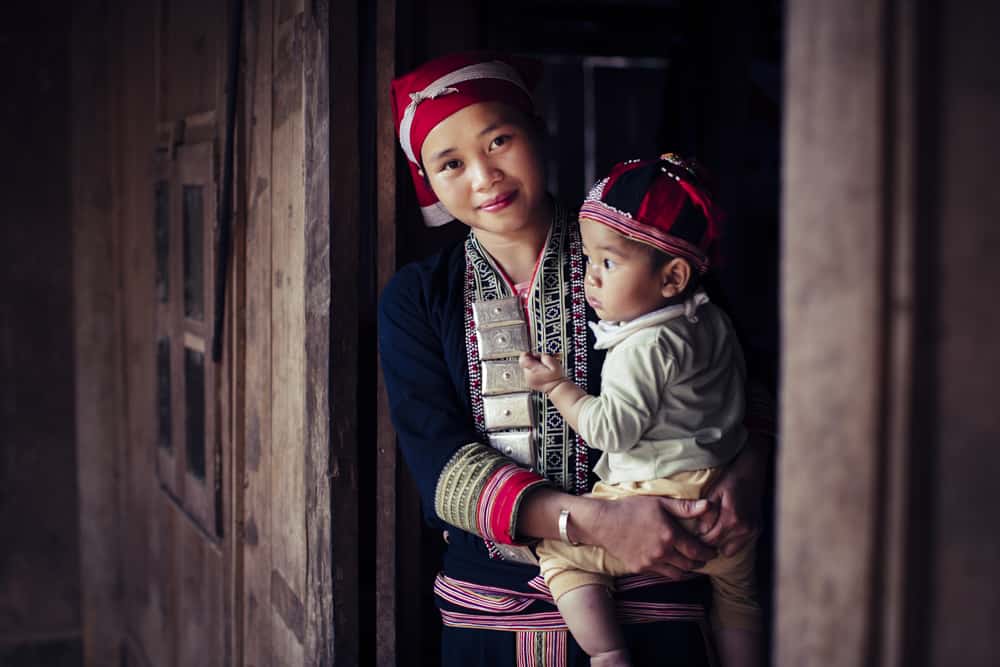 May is a young mother who learned how to care for her child with help from Ha, the traditional birth attendant in her village. May is just one of many women who are finally receiving the prenatal and postnatal care they so desperately need.