Samaritan’s Purse Canada is helping flood victims in Windsor by having one of its specially equipped Disaster Relief Units on site. The City of Windsor has welcomed the assistance.

“This is a very difficult and stressful situation for the flooded homeowners, and we’re ready to do all we can to help them clean up,” said Brent Davis, Samaritan’s Purse Canada’s response director. “We’re assessing the damage, and asking local churches and other non-government partners to join with us as we provide compassionate, coordinated assistance.”

Almost a meter of rain fell in the Windsor-Essex region during a 20-hour period on August 28-29, or more than three times the amount that usually falls there in all of August. Thousands of homes are flooded.

As of September 26, we have trained, equipped, and deployed 754 volunteers, who did flood relief work for 65 grateful homeowners. 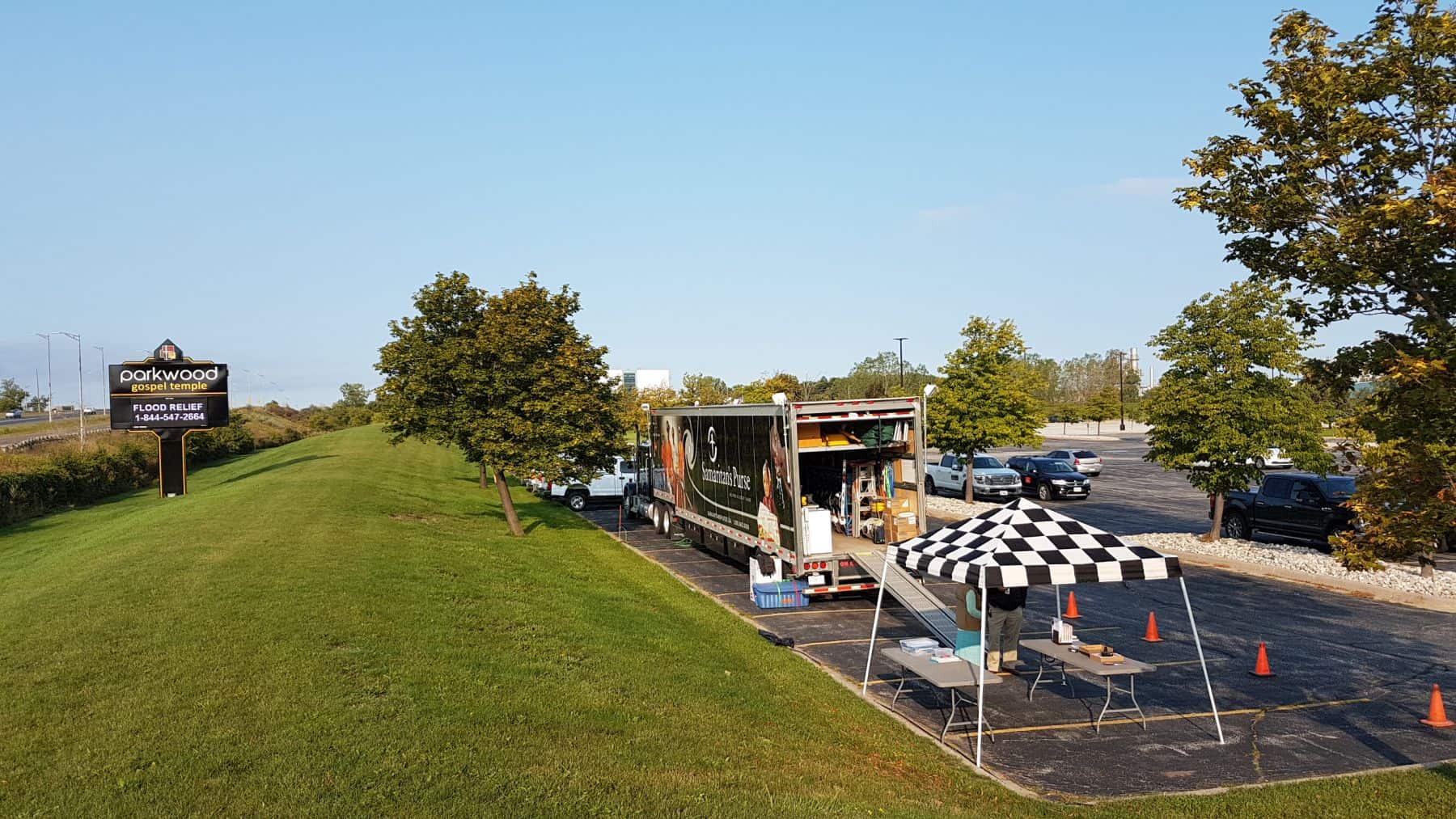 Samaritan’s Purse Disaster Relief Unit is set up at Parkwood Gospel Temple in Windsor, ON.

Samaritan’s Purse Canada’s Ontario-based Disaster Relief Unit is now in Windsor at Parkwood Gospel Temple. The unit is a tractor trailer outfitted with essential disaster recovery equipment including generators, pumps, hand tools, and safety gear for volunteers. It also serves as a volunteer coordination center, and is equipped with a self-contained office, communications system, and other supplies.

Samaritan’s Purse has similar Disaster Relief Units based in Moncton, New Brunswick and Calgary, Alberta. The Moncton unit is traveling to Samaritan’s Purse’s international headquarters in North Carolina in preparation for helping with clean-up after Hurricane Irma, now battering the Caribbean islands and expected to strike Florida next.

In recent years, the non-profit Christian relief and development organization has helped victims of a wide variety of natural disasters including this summer’s floods and fires in British Columbia; the catastrophic 2016 wildfire in Fort McMurray; and the 2015 floods in Calgary and other parts of southern Alberta.

Samaritan’s Purse also responds to international disasters including the 2010 earthquake in Haiti, the 2011 earthquake/tsunami in Japan, Typhoon Haiyan in the Philippines in 2013, the 2015 earthquake in Nepal, and the recent Hurricane Harvey in Texas.