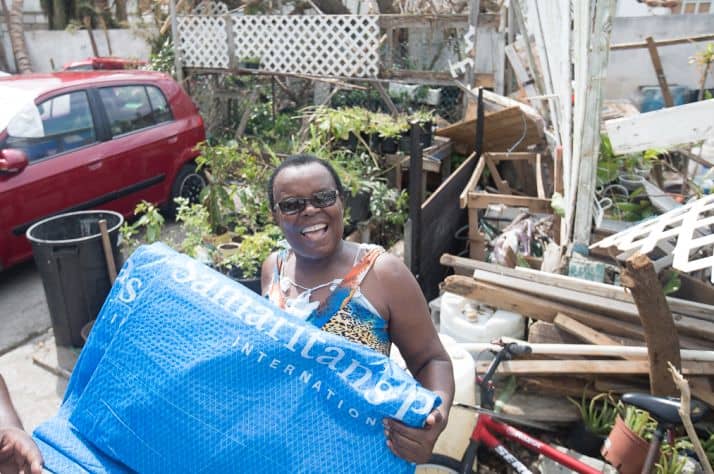 Canadians are part of a coordinated international response to assist victims in the Hurricane Irma-ravaged Caribbean islands as well as in Florida. Three members of Samaritan’s Purse Canada disaster assistance response team landed in St. Martin today and another Canadian team member is now in Puerto Rico. 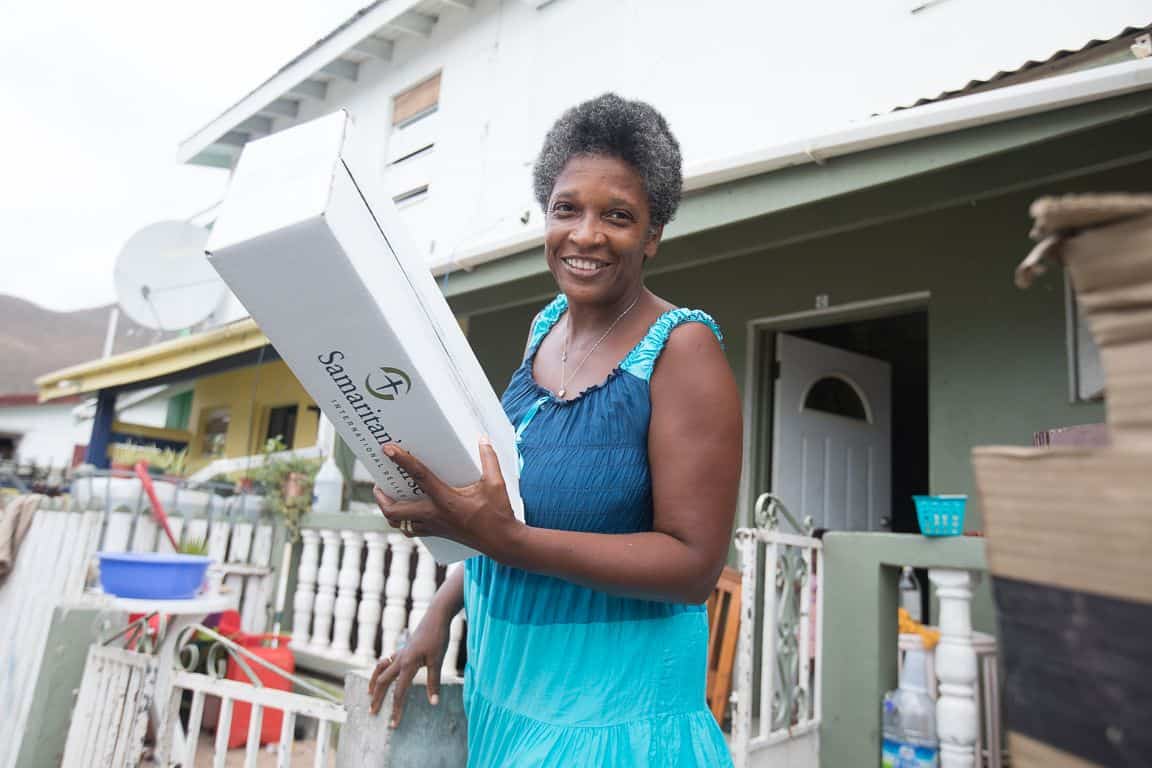 A Samaritan’s Purse Canada’s specially equipped Disaster Relief Unit based in New Brunswick and Canadian Disaster Relief team leaders also arrived in North Carolina on Sept. 10. That unit will serve Hurricane Irma victims in the U.S. as soon as evacuation orders are lifted. Another unit based in Calgary left this morning for the U.S.

Canadian DART members on a Samaritan’s Purse DC-8 aircraft fully loaded with emergency supplies made its second flight to the Caribbean on Sept. 10 after an initial emergency flight last Friday took blankets, tarps and hygiene kits to those displaced by Irma. Samaritan’s Purse has already delivered 40 metric tons of supplies.

The deadly storm slammed into the Caribbean last week as a Category 5 hurricane, and while it was downgraded to a Category 4 hurricane, and today is now a tropical storm, it has been causing widespread and catastrophic damage in Florida and will possibly impact states farther north this week. Samaritan’s Purse Canada is closely monitoring the disaster as it unfolds and is positioning expertise and resources to respond. We will continue to help meet needs in the weeks and months ahead.

“Our team is on the ground following Christ’s example to show love and bring aid to those enduring some of their darkest hours,” says David Bock, disaster response manager with Samaritan’s Purse Canada. “We have four well-trained disaster assistance response team members from Vancouver, Hamilton, Calgary and Blairmore (Alberta) in the Caribbean doing exactly what they are trained and equipped to do. They are serving people with joy and enthusiasm.”

Samaritan’s Purse in the U.S. has deployed all of its Disaster Relief Unit tractor trailers to help with Hurricane Harvey relief in Texas, and there are Samaritan’s Purse Canada volunteers heading to the U.S. to assist with that response.

“Our team is on the ground following Christ’s example to show love and bring aid to those enduring some of their darkest hours.”

“If the need is there, I want to be there too,” said DART member Wes Tse as he was preparing to depart Vancouver Friday night and who is now in the Caribbean bringing his expertise in water, sanitation and hygiene to serve those in crisis in the Caribbean.

Disaster Relief Units are tractor trailers outfitted with disaster recovery equipment including generators, pumps, hand tools, and safety gear for volunteers. They also serve as volunteer coordination and training centers, and are equipped with a self-contained office, communications system, and other supplies. 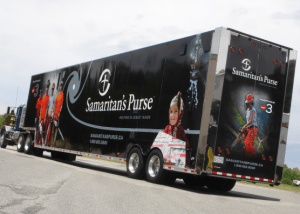 Samaritan’s Purse typically deploys one or more of three Disaster Relief Units when responding to disasters in Canada. They are tractor trailers outfitted with essential disaster recovery equipment including generators, pumps, hand tools, and safety gear for volunteers.

The Canadian-based Disaster Relief Units are stationed in Alberta, Ontario, and New Brunswick. While the New Brunswick-based unit has already departed for the U.S., the Alberta unit, which played an integral role in helping Samaritan’s Purse staff and volunteers in assisting with flood and wildfire clean-up in British Columbia throughout most of the summer left for Florida this morning. The Ontario unit is in Windsor helping residents recover from flooding that damaged thousands of homes in late August.

“We weren’t blessed with these units so we could keep them safe in our parking lot,” says Brent Davis, response director at Samaritan’s Purse Canada. “They’re all out, serving people here in Canada, and soon, in the U.S., and that’s exactly where they should be.”

Also deployed to the U.S. and Windsor are crisis-trained Rapid Response Team chaplains from Samaritan’s Purse’s sister organization, the Billy Graham Evangelistic Association. The chaplains will offer valuable emotional and spiritual support to people who have lost their homes and possessions.

Charity Navigator, a non-profit U.S. organization that assesses charities, has identified Samaritan’s Purse as one of the most effective disaster relief organizations helping Hurricane Harvey victims.

In recent years, Samaritan’s Purse has assisted victims of a wide variety of natural disasters including flooding in New Brunswick, Quebec, Ontario, southern Alberta, and Nova Scotia, plus wildfires in Fort McMurray, AB and the B.C. interior.

Samaritan’s Purse also helps victims of international disasters including the 2011 earthquake/tsunami in Japan, Typhoon Haiyan in the Philippines in 2013, the 2015 earthquake in Nepal, and Hurricane Matthew in Haiti in 2016.