"Now I have a heart for God"

God works through Operation Christmas Child and The Greatest Journey discipleship classes to bring a Tanzanian boy to saving faith in Jesus Christ. 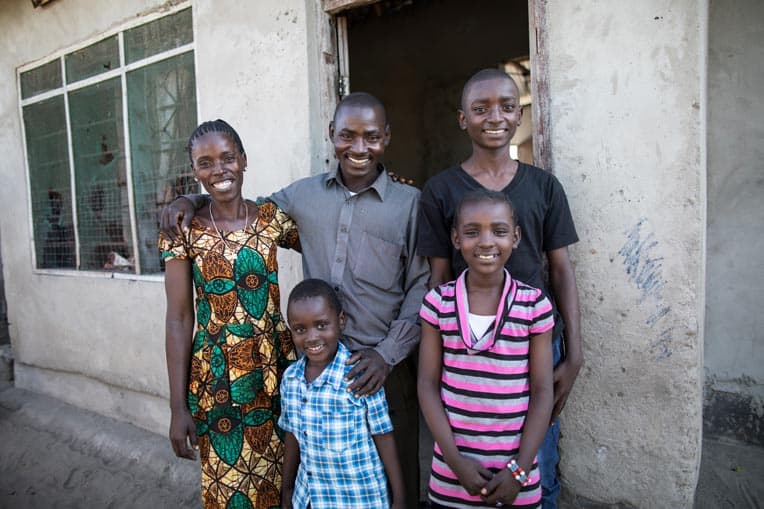 Kwale’s mother has prayed faithfully for years. Now Kwale and even his father have trusted in Jesus for salvation.

Each time he pricked his feet on thorns or felt the jabs of kids who jeered at his bare feet, 13-year-old Kwale thought of the shoes his parents had promised: “When we have the money.”

Even his teachers seemed to pick on him, assigning him dirty jobs like cleaning the toilets or telling him to just go home because he was barefoot.

“Don’t give up,” his mom would tell him. But Kwale already had.

“Because I did not have a pair of shoes, I was not equal to other students,” Kwale said. Sometimes as he walked to school, he said the “devil was bringing different thoughts of what I can do to get a pair of shoes.”

He considered begging or stealing, because he didn’t see God responding to his mother’s prayers or fasting. Although he accompanied her to church, he did not follow Jesus. “I had no heart for God or going to church,” he said.

God Did Not Forget 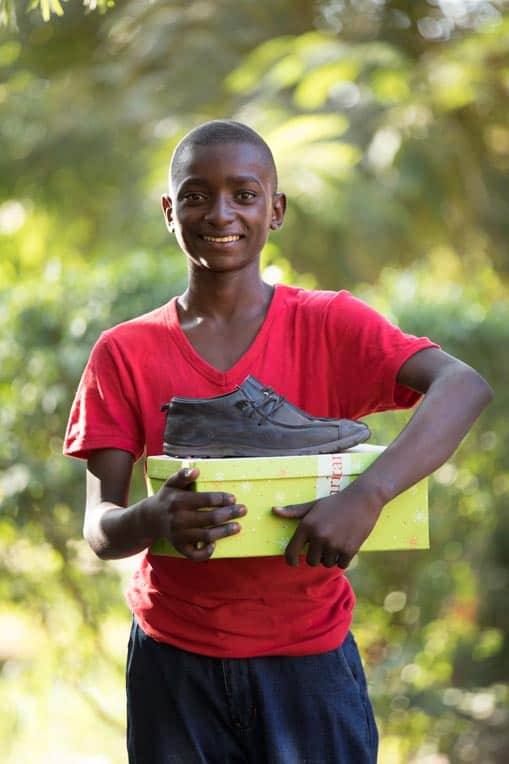 These shoes were an answer to many prayers.

Unknown to Kwale, the Lord had indeed heard his mother’s prayer, and His answer was coming in a shoebox. And God had more in store for Kwale than he could have imagined.

One Sunday at church, he was surprised to hear that a Gospel celebration was planned and that the children would be receiving Operation Christmas Child shoeboxes shipped halfway around the world from Samaritan’s Purse.

The story still makes him emotional when he tells it. “The box had a lot of things,” Kwale said, “but when I opened that box, I found a pair of shoes and a pair of socks. And when I got that pair of shoes, my heart toward God began to change. This was the first time I saw God answering my prayers.”

That same day, Kwale signed up for The Greatest Journey, a 12-lesson discipleship and evangelism course that Samaritan’s Purse offers through churches for children who have received Operation Christmas Child shoebox gifts. 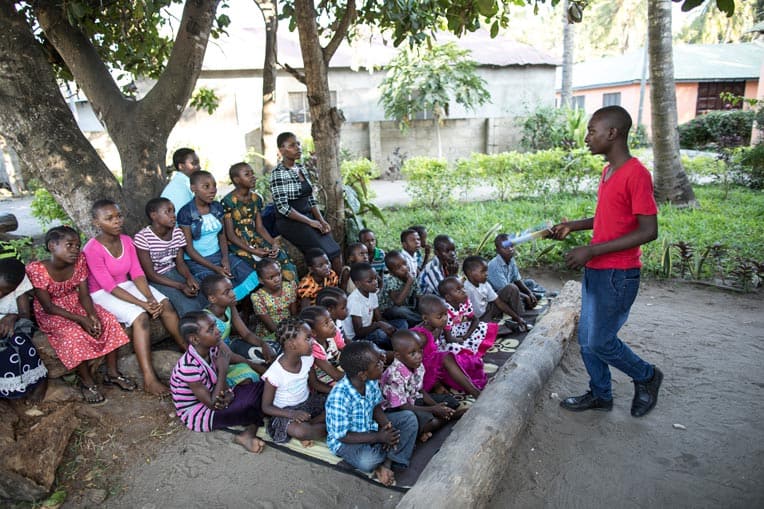 Kwale teaches The Greatest Journey to children and youth in his community.

Through these classes, he learned that his deepest needs couldn’t be met through a pair of shoes or by gaining acceptance at school. He discovered that he needed a personal relationship with God through Jesus Christ.

“I knew I had sinned,” Kwale said. “But I learned that God gave His only Son and if I ask for forgiveness He will have mercy on me and forgive me. Now I have a heart for God.”

Kwale is among 6.9 million boys and girls who have made decisions for Christ through The Greatest Journey over the past eight years. As they graduate, they receive their own copies of the New Testament and are encouraged to share their faith with friends and family members. 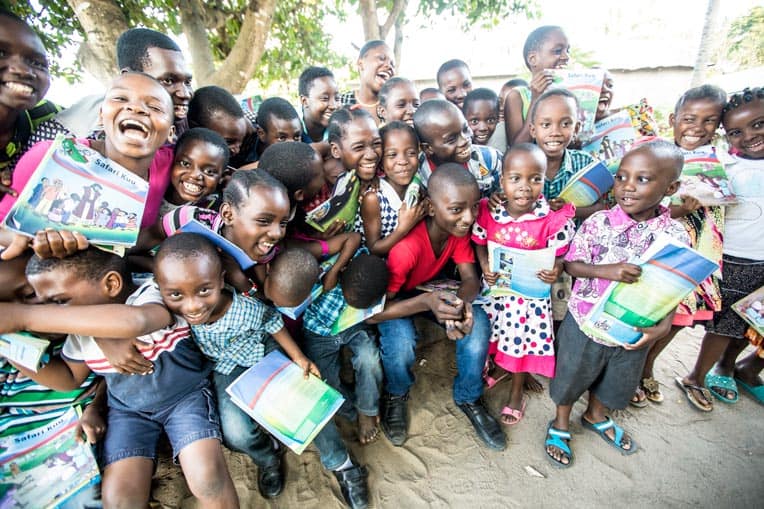 Kwale celebrates with students in The Greatest Journey class he teaches.

Kwale is so excited about Jesus that he has volunteered to teach the classes to even more children. Now he prays for the same friends and teachers who once taunted him, and his shoes are a constant reminder that God is faithful to answer. Several friends have received Jesus Christ as Lord and Savior through Kwale’s testimony.

“I was so joyous, so happy, and I remembered my mother encouraging me that I should not give up,” Kwale said, describing how much his faith has grown since receiving his shoes. “Now I can say that God does not come too early or too late.”

Samaritan’s Purse offers The Greatest Journey through churches and Christian partners in more than 100 countries. Your gifts and prayers will help us to reach more than 4 million girls and boys just like Kwale, so they will have opportunities to hear and respond to the Gospel, grow in their faith, and tell others about Jesus.