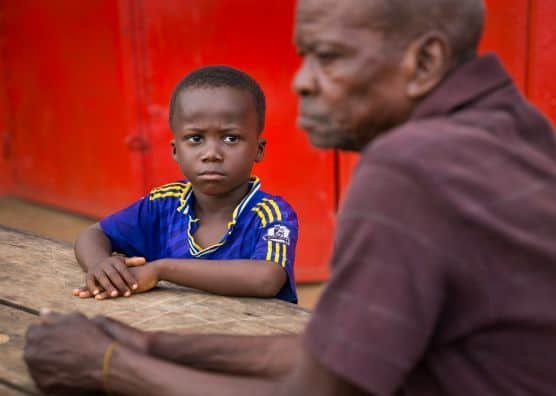 Cautious optimism as Liberia is declared free of Ebola.

When you knock down a tough opponent, you want to make sure they stay that way before you let your guard down. This is especially true when your opponent is the Ebola Virus. 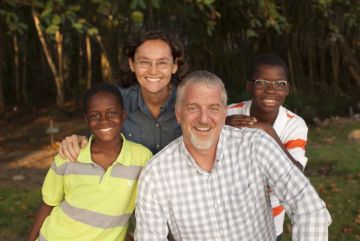 Canadians Bev Kauffeldt, and her husband Kendell, Samaritan’s Purse’s country director for Liberia, (pictured left with their family) have worked in the West African country for 11 years, but all of their experience couldn’t prepare them for the deadly turn life would take when Ebola emerged in that country on March 27, 2014.

Now, just a little more than a year later, Liberia has been declared Ebola-free as of May 9, 2015,  after being 42 days without a new case of infection. Celebrating is difficult, however, as Bev reflects on the toll the Ebola virus took on Liberia. More than 9,500 people were infected by the disease, and 4,301 died.

“It was a bit surreal. I was very happy that we had passed this milestone, but at the same time we were all very reflective on the journey that got us to this day,” says Bev, who was appointed to Samaritan’s Purse Ebola task force at the beginning of the outbreak.

“We were also very sad with all the life that was lost, the pain that Ebola had caused in all of us. It was very emotional for our staff — at our Monday morning devotions there were tears of joy and of loss and sadness.”

Bev is grateful that through Samaritan’s Purse’s medical support and education efforts, the death toll didn’t reach the dire amount predicted by the U.S. Center for Disease Control, which projected it could reach tens of thousands based on the hundreds of new cases per week by September 2014.

With neighboring countries Sierra Leone and Guinea — sharing porous borders with Liberia — yet to be declared Ebola-free, Bev says their optimism is tempered with great caution.

“A year ago we also had a lull and then, in early June, Ebola hit us hard and never let up. So I think we will be cautious for quite a while still,” she said.

“We still have our protocols in place of washing our hands before entering our office gate, taking our temperature, and still no shaking hands until the [neighboring countries] are Ebola-free. We are happy, but we are very cautious.”

For Guinea and Sierra Leone to become Ebola-free, diligent tracking and following up of new cases of the disease must improve, Bev says. As an example, she says this past week both countries had nine confirmed cases, with about half being confirmed only after the death of the patient. Bev says this tells her that “new infections are taking place or people  are not being honest about where they may have contracted the disease.

“Liberia spent the last three months with 10 or less cases until the last six weeks,” she said. “So if that is the case, Sierra Leone and Guinea still have two to three months of this fight until they can start a countdown towards 42 days.”

Life in Liberia has changed

During the height of the outbreak, Samaritan’s Purse combatted infection rates by providing hygiene training along with prevention education and control kits to affected communities. We also offered home-based caregiver training and materials.

Samaritan’s Purse helped care for the sick by constructing four community care centers that provided supportive treatment as an interim step before going to an Ebola treatment unit. To support these efforts, Samaritan’s Purse airlifted nearly 200 tons of relief supplies to Liberia.

Through a massive public education campaign, which included thousands of church leaders, Samaritan’s Purse — directly or indirectly, through a variety of events and media —  provided potentially life-saving information to more than 1.6 million people,  about one-third of Liberia’s total population.

Life in Liberia is returning to normal, but Bev says it’s a new normal for schools, hospitals, and communities deeply impacted by the Ebola outbreak.

“Everywhere you go, there are hand-washing buckets at the entryways to grocery stores, restaurants, and government buildings, schools and, of course, health facilities,” she says.

“For all of us at Samaritan’s Purse, especially personally, our lives are never going to be the same or what they were before Ebola. It has changed all of us very deeply.”