Fort McMurray: Aftercare in the aftermath no afterthought 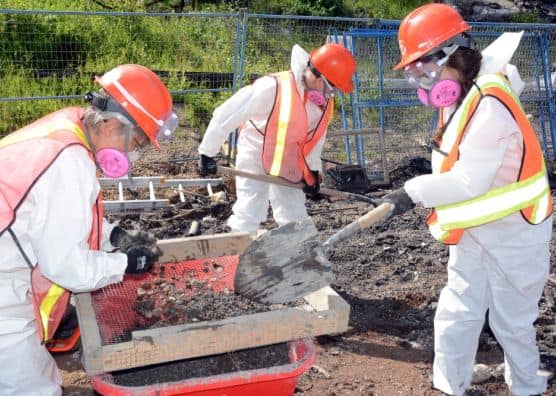 One year after a wildfire ripped through Fort McMurray, Samaritan’s Purse continues to work in the region to help community members reclaim their lives and their hope. We work with partners to meet practical needs as well as equip local churches to meet spiritual needs.

It was an urban wildfire evacuation of unprecedented proportions in Canadian history.

In some cases, people only had moments to make life-altering decisions—stay or go, take it or leave it. The priorities were clear: React decisively, respond quickly, and rescue everyone.

A year ago, the Fort McMurray wildfire swept through the city devouring homes, playgrounds, schools and businesses as well as hopes and dreams for the future and ties and testaments to the past.

“About 88,000 people evacuated,” says Roland Vanderburg, a program developer with Samaritan’s Purse Canada which has been working in Fort McMurray to assist with recovery efforts since it was safe to do so and which continues to work there. “About 73,000 came back. By and large, people are coping as well as they can, but there’s a lot we can’t just fix. It’s a process, and our greatest priority is to help them get their lives back whatever that means for them personally.”

The fire damaged about 2,500 residential buildings and about 90 more commercial structures. Some estimates of direct and indirect costs may reach about $9 billion. 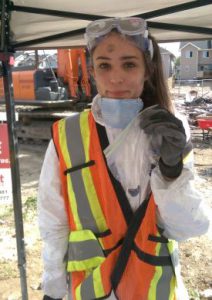 One year later, Samaritan’s Purse Canada has moved from helping families sift through the ashes and assisting with clean-up to laboring alongside local partners to restore hope and renew dreams by equipping local churches to meet needs.

Vanderburg says many church leaders in Fort McMurray report that almost one-third of the people who attend their churches now, did not attend before the fire.

Many working in Fort McMurray to help restore lives have found that the presence of God is thicker than the black smoke that captured the attention of the world one year ago.

“During visits with Christian pastors in Fort McMurray, we have heard some extraordinary stories about God’s love and providence shown in supernatural ways,” says Vanderburg.

He says one young nursing student volunteering with a local partner actually recruited her entire class as well as her professors to begin doing outreach to the homeless in the evenings.

Two volunteer Rapid Response Team chaplains with the Billy Graham Evangelistic Association say there was a sense of unity and cooperation established in Fort McMurray in the aftermath of the fire that was beautiful to behold.

“There was an acknowledgement among everyone that we needed to work together and that supporting people spiritually was just as necessary and important as supporting them physically and emotionally,” says Candy Dyck, who volunteered in Fort McMurray as a chaplain with her husband Ron.

A Samaritan’s Purse intern who volunteered sifting through the ashes last summer, says she treasures the time she spent up there even though some of the tasks were painstaking and tedious.

“Giving an item to its owner was the best part,” says Andrea Hamilton. “The response was usually a mix of astonishment, disbelief, and gratitude. But isn’t that the nature of God, to bring hope to a hopeless situation?”

One of the ways He is continuing to deliver this hope is through the local churches that were there long before the fire and will be long after.

“In many ways this is still a difficult situation, but we are encouraged that God is working through some very special, compassionate and dynamic churches in Fort McMurray, and it is a blessing for us to partner with them,” says Vanderburg. “Showing the love of God—that’s what changes people.”

In addition to helping equip local churches, Samaritan’s Purse Canada is also exploring ways to work with established partners to help meet the needs of those who face special housing challenges as about 300 home-owners in Fort McMurray who lost homes in the wildfire were identified as uninsured or underinsured.

Learn more about how you can assist victims of disasters within Canada meeting needs and bringing hope in Jesus’ name.