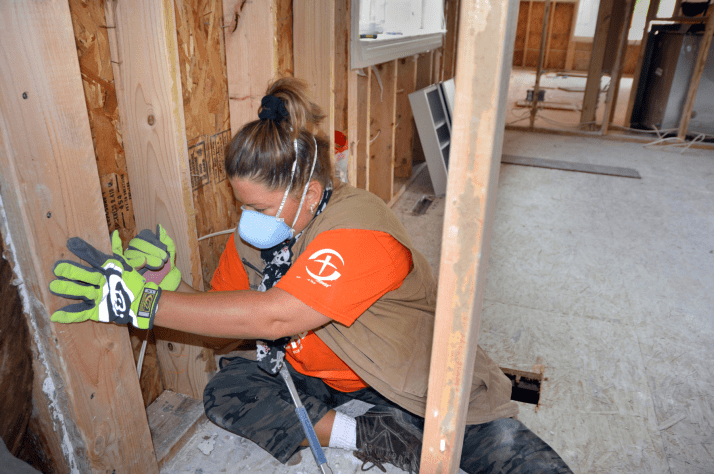 People have been coming from far and wide to help out in Samaritan’s Purse relief efforts – including a woman who came from as far as Florida to lend a hand.

Florida resident Amy Jarrett travelled all the way to Grand Forks to join Samaritan’s Purse Canada in helping residents whose homes were flooded in May.

Jarrett, 43, has spent about a month with Samaritan’s Purse leading a team of volunteers who removed waterlogged household contents, then stripped away damaged flooring, drywall and insulation. All this was done at no cost to homeowners and made their homes ready for repair.

Jarrett’s motivation came after Samaritan’s Purse Canada sent an Ontario-based Disaster Relief Unit tractor trailer to Florida last year, along with Canadian staffers, to lead the clean up after Hurricane Irma left catastrophic damage in the town of Naples.

Amy and her husband, Mike, live about four hours’ drive from Naples but volunteered for 20 days with the Samaritan’s Purse Canada team. That’s where the connection was made that led to her setting her life aside to help Grand Forks residents – many of them seniors with chronic health problems and no flood insurance.