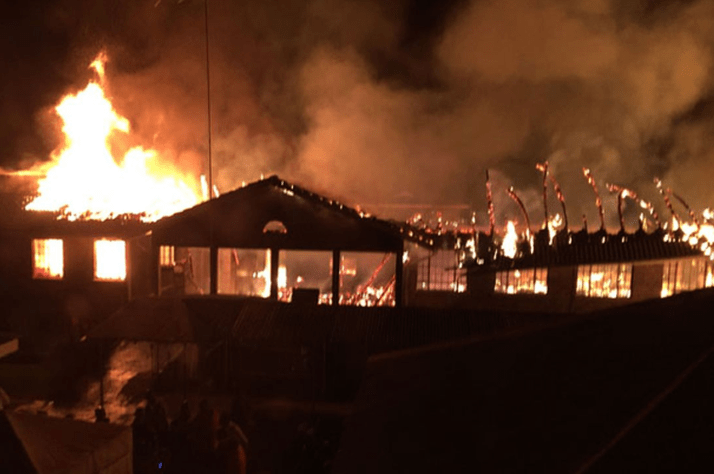 No lives were lost, but the recovery process will be arduous for this longtime medical partner of Samaritan's Purse.

A fire destroyed one building Friday night at Kenya’s Tenwek Hospital, which has for decades been a partner of Samaritan’s Purse through World Medical Mission. No one was seriously injured during the blaze on the Bomet campus, northwest of Nairobi. 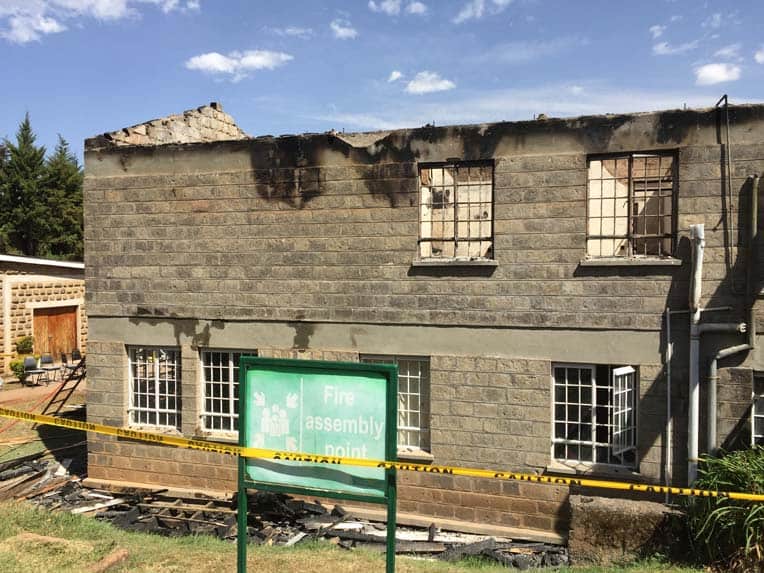 The fire destroyed the kitchen and laundry facilities.

The fire started shortly after 8 p.m. on Feb. 9 in the building that housed the kitchen and laundry facilities, along with administrative and other support functions for the hospital. The main floor of the building was destroyed, but the flames were confined to that one structure.

“No lives were lost, and there were no serious injuries,” said Dr. Stephen L. Burgert, medical superintendent at Tenwek. “Some patients were moved as a precautionary measure while the fire was being contained.”

Dr. Burgert said patients in the wound ward have been relocated to the former eye ward.

A massive cleanup and rebuilding effort has begun. Kitchen facilities, along with other equipment lost in the fire, must be replaced, and a new building must be built. Arrangements are being made with area hospitals to handle laundry and sterilization services.

“The cost for all of this is still being calculated, but the cost will be significant,” Dr. Burgert explained.

A Rich History of Service in Jesus’ Name

Tenwek Hospital, founded in 1937, is a leading teaching and referral hospital in East Africa and one of the largest mission hospitals on the continent. 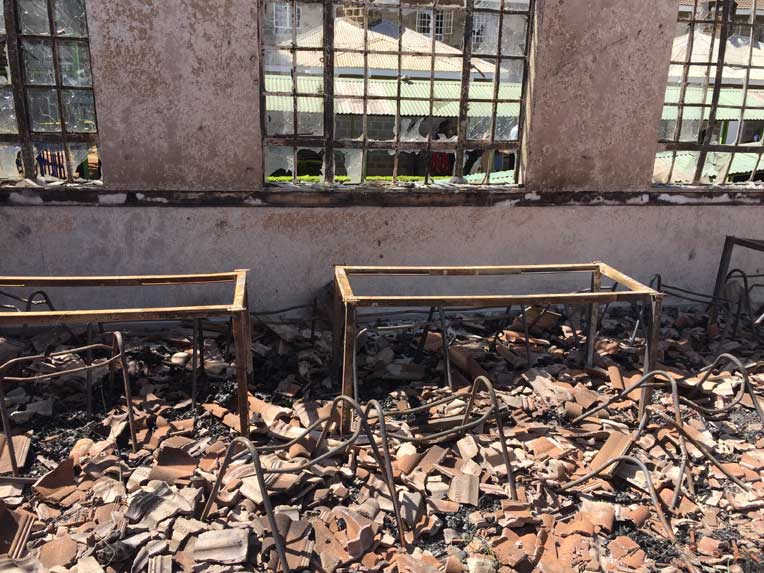 Recovery will be costly for the mission hospital.

In 1981, Samaritan’s Purse President Franklin Graham raised funds for a major building project at Tenwek. Construction on the Johana Ng’etich Medical Center started in 1981, and the new ward opened four years later. In 2004, Samaritan’s Purse also funded the construction of an operating theater, which has five operating rooms and other facilities.

Today, Tenwek is a 300-bed hospital with a wide range of surgical, medical, maternity, and pediatric services. It provides primary healthcare to 600,000 Kipsigis people within a 32-kilometer radius.

Later this year, the hospital will break ground on a new 80,000-square-foot, 100-bed cardiothoracic ward. The new center will serve patients across East Africa and beyond. With six new operating theaters to be built, this project will increase the mission hospital’s capacity to perform critical heart surgeries and other pressing procedures, including operations for those with cancer of the esophagus.

Please be in prayer for hospital staff and other personnel as they serve patients in the Name of Jesus Christ and as they deal with the ramifications of this fire.