Faith, Hope, and Healing in Lviv 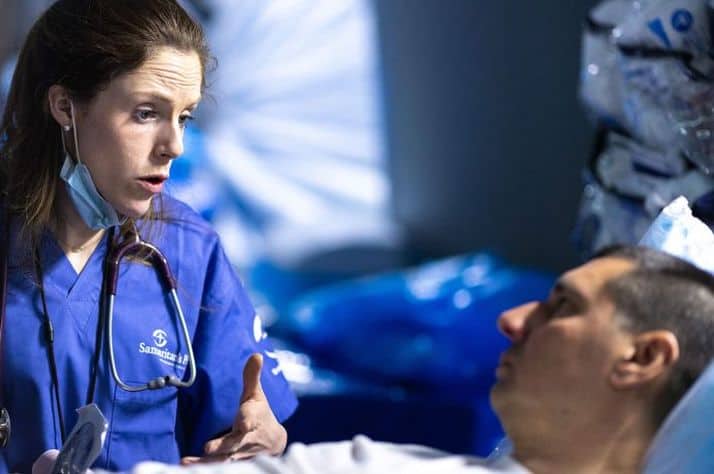 At our Emergency Field Hospital in Lviv, Ukraine, excellence in care creates moments for the best medicine—eternal hope in Jesus Christ.

A patient is rushed in gripping his chest and gasping for air. Samaritan’s Purse doctors and nurses slip into a well-trained rhythm, asking him about his symptoms, examining his vitals, running multiple tests—calming him with a hand on the arm and kind words amid a flurry of activity. 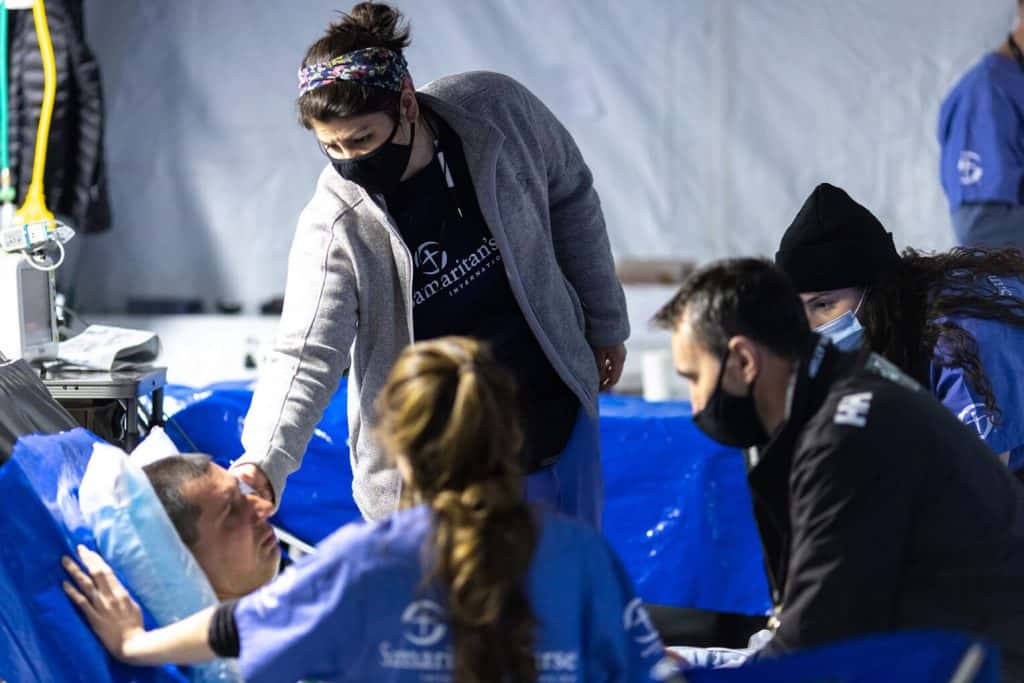 Through tears and panic he breathlessly tells them that his name is Oleg. He’s 47. He’d fled his hometown in eastern Ukraine. There were bombs and shelling in his neighborhood.

He came alone, but not because he wanted to. Just days before his arrival at our Emergency Field Hospital in Lviv, he watched in disbelief through his front window as a missile strike punched into civilian targets near his home. He watched his neighbor’s home collapse.

He learned that the attack had killed friends and family. In an instant, his life changed. When he walked through the zippered doorway of our hospital, he was clearly in distress—but not merely physically.

When Oleg’s tests came back, they confirmed what the doctor already suspected—Oleg’s heart is strong and healthy.

It was a panic attack. Not a heart attack. 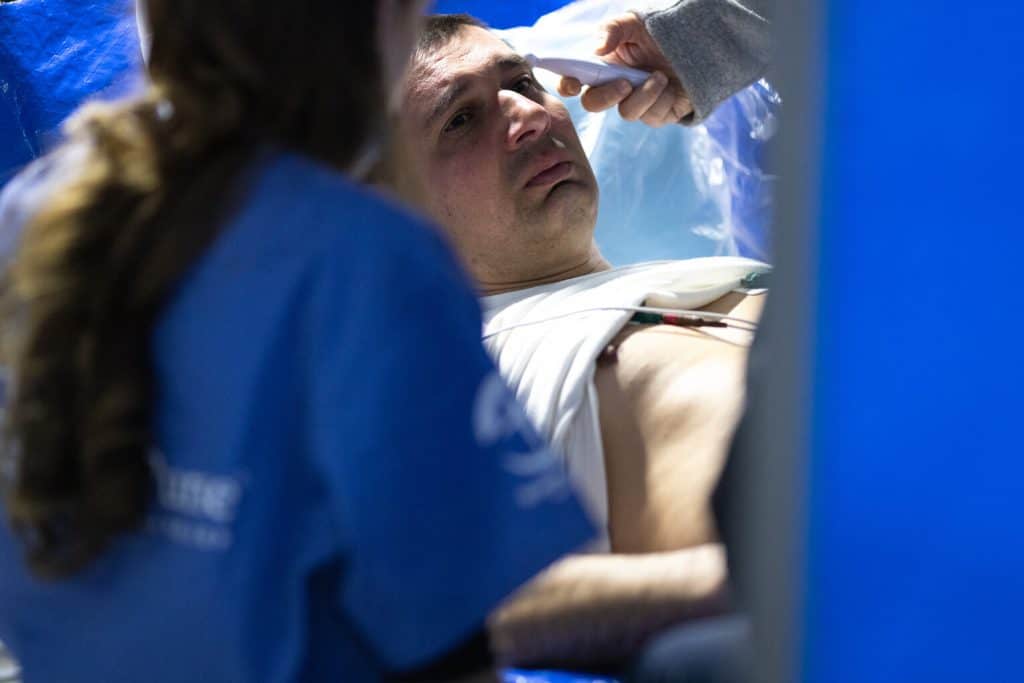 He came in grief-stricken and panicked.

The trauma of the war had caught up to him—the horror and grief of what he’d seen and lost manifested in physical symptoms and now he couldn’t speak their names—the names of those the war had stolen from him.

They were beloved relatives and friends.

Since the opening of our field hospital on March 14 and at our other medical intervention sites in Lviv and in southern Ukraine, our doctors and nurses have met many such patients who are grief-stricken and facing futures without loved ones and without hope.

As our teams provide the highest standard of medical care, they never forget that they are doing their work in Jesus’ Name because only He can provide restoration to their hearts and lives.

Billy Graham Evangelistic Association chaplains also are working alongside our medical teams to provide comfort and spiritual support for suffering patients like Oleg.

A chaplain named Vitaliy introduced himself to Oleg. 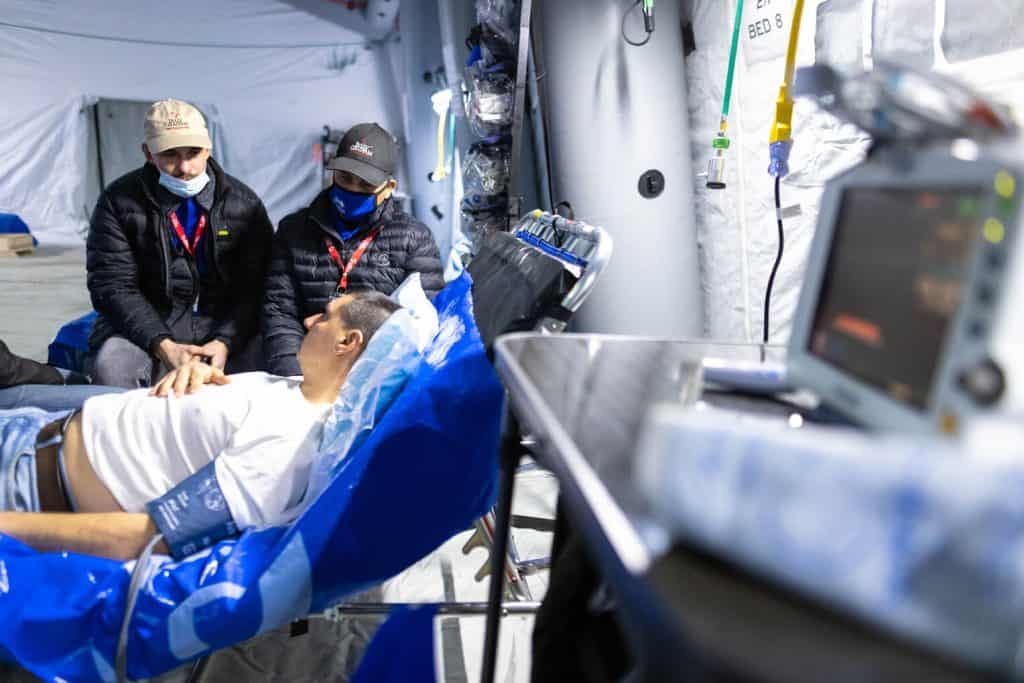 Oleg and Billy Graham Chaplain Vitaliy both bear and understand the scars of this war.

“My soul is in pain,” Oleg told Vitaliy.

Vitaliy listened, bearing witness as Oleg tried to tell the story filled with so much grief. Vitaliy knew it would be impossible to make sense of the deaths of war. Vitaliy understands. From Irpin, a city near Kiev, some pieces of Oleg’s story mirrored his own. He’d also lost dear friends in the conflict.

“I know that only God can give you peace, give you hope,” Vitaliy told Oleg, speaking gently and in their own language. Then he shared the Gospel with him, and later Oleg said had never heard it explained so simply.

Oleg wept. But those tears of grief and panic had turned to tears of relief. He’d acknowledged that what Vitaliy had told him was true—that God was the only source of true peace and true hope. In his grief, he also had prayed to receive Jesus Christ as his Lord and Savior.

Before coming to the Emergency Field Hospital, he knew about God, but this was the first time that he had made a genuine, personal connection with God. It was powerful medicine for him.

“When you pray,” Oleg said, “It’s more important for your soul than pills or any medication.” 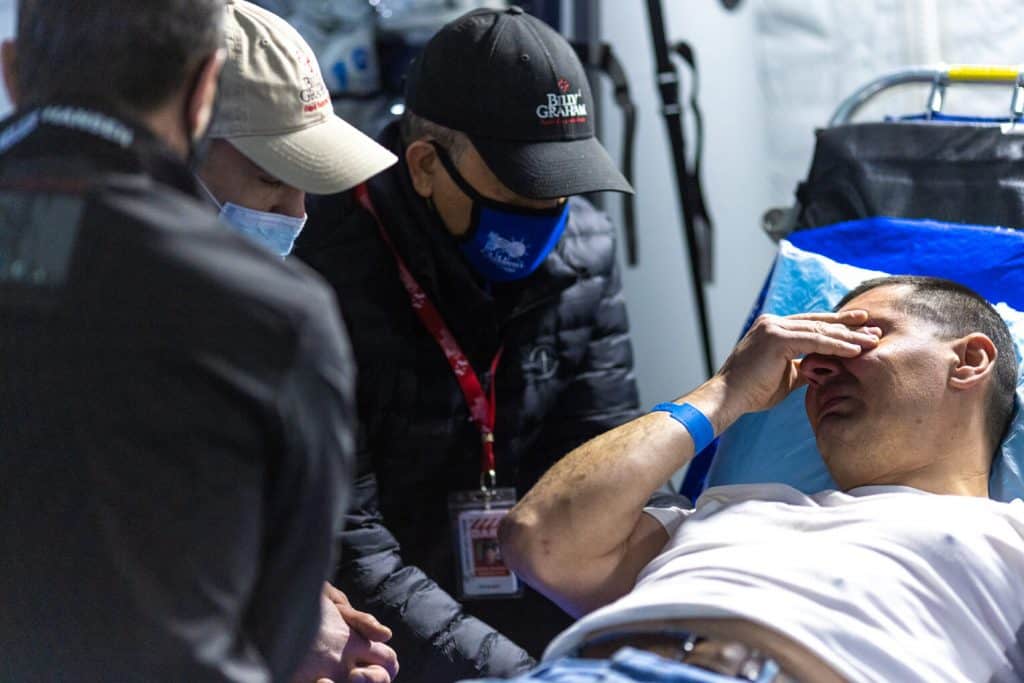 The wounds of this war are deep, and Oleg’s healing is only beginning, but he left our hospital with something much better than modern medicine. He left with true hope for the future because of his new-found faith in Jesus Christ.

“Thank you for coming here to this dangerous place to help us,” he said.

Samaritan’s Purse continues to provide medical care to displaced people in Ukraine devastated by the effects of war.

We are seeing patients with infected wounds improperly cleaned and cared for as people fled, extreme dehydration after days of travel without reliable access to water, and a desperate need for prescription refills amid severe shortages in the local healthcare system.

“Thank you for coming here to this dangerous place to help us.”

Multiple Samaritan’s Purse airlifts and the readiness of Disaster Assistance Response Team members have helped maintain and even increase our medical capacity in Ukraine, where we continue to be able to meet the needs of so many hurting people.

This high-level, high-capacity care has provided many opportunities to share God’s love with people during a time marked by terror.

Please pray for Ukraine. Pray for peace and a swift end to the conflict. And pray that God will use our teams to bring His hope to the people who are suffering. 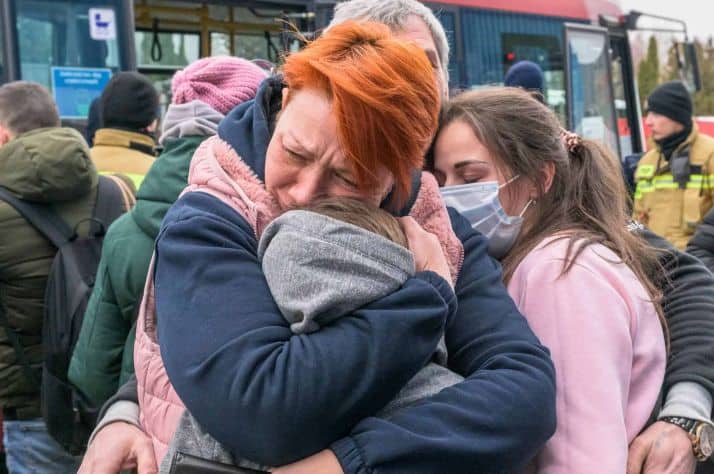