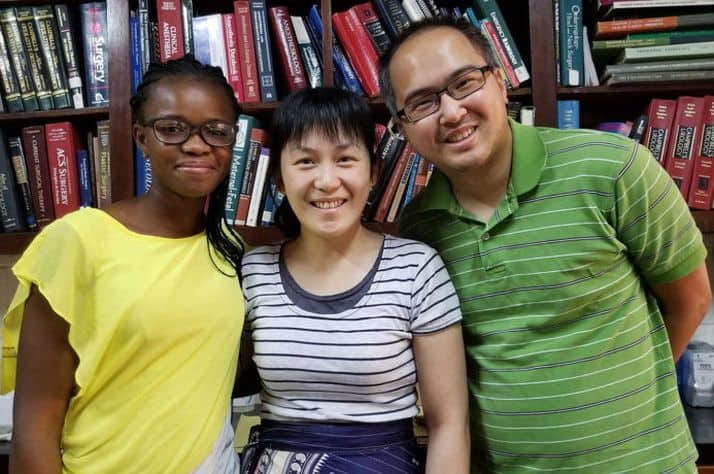 A husband and wife step out of their comfort zone and discover that no need can deplete God’s unlimited reserves of grace.

The Togolese man looked peacefully asleep in the hospital bed. He had been slipping in and out of consciousness since his distraught family brought him to Hopital Baptiste Biblique.

During the past two weeks, his older brother had taken up residence by his bedside, feeding him, taking care of his personal needs, spending long hours in silent watch. 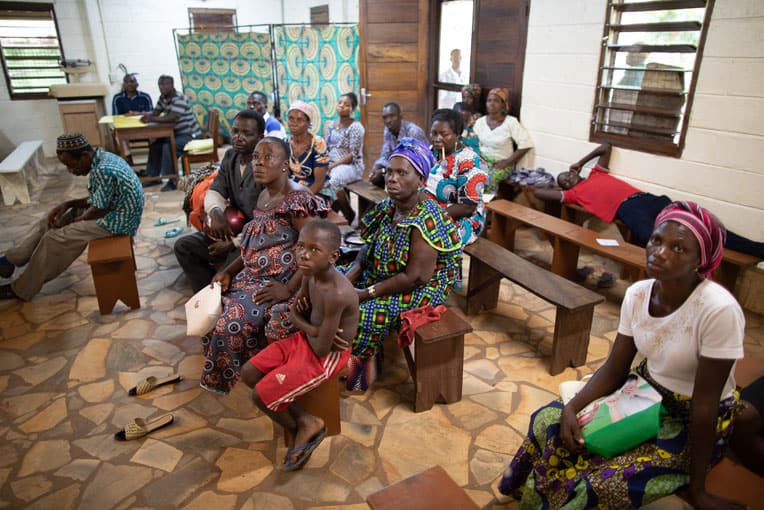 Most patients at Hoptial Baptiste Biblique are Togolese, but some also come from Ghana, Burkina Faso, and Benin.

Pharmacist Hans Lin gave a nod of encouragement to the brother as he and the medical team stopped to pray with him during their morning rounds in the ward.

Although the odds of survival seemed stacked against the 33-year-old patient, Lin had seen others pull through worse adversity. His life was ultimately in God’s hands.

“The patient had acute respiratory distress, his oxygen saturation was tanking, and he had pneumonia,” recalled Lin. “He was not doing well and we were trying to treat him with conventional antibiotics that his body was reacting against.”

The young man’s host of complications was an initiation of sorts for Lin and his wife, Christine Wang, a family medicine physician. The Canadian couple had journeyed from Vancouver and arrived at the hospital just a few days after this very ill patient had been admitted. The five-week stint with World Medical Mission was their first mission experience as a couple and their first visit to Africa.

“We expected to be challenged in many ways. Clinical work is intense, and many times it is a matter of life and death,” he said.

Those challenges became magnified when he found out the hospital pharmacy had a limited supply of basic anti-infective drugs. He would have to be creative with their medication choices.

Managing the patient’s case necessitated a true team effort that required the expertise of Lin and his wife, other international medical missionaries, and the Togolese staff. They continued to pray for God’s guidance and healing.

When tests confirmed their hunch that the patient was HIV-positive, the medical team tried a different course of treatment with antiretroviral drugs. Once again, extreme care had to be exercised, as they feared a reactivated immune system would trigger an overly aggressive response to the infection. That response could prove fatal. 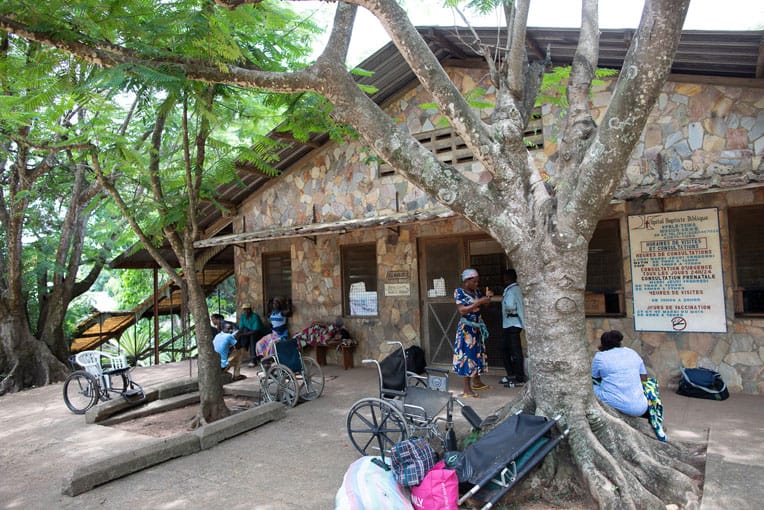 Everyone breathed a little easier as they saw the young man slowly show signs of progress.

But with that significant victory came a surprise visit from the patient’s father. Distressed by his son’s extended hospital stay and a mounting bill he knew he could not pay, the father insisted he had no choice but to take his son home and hope for the best.

“His son would have died. No doubt about it,” Lin said.

Notified of the dire situation, the hospital administration arranged to cover the costs using their adult benevolence fund. The father was relieved, and the patient and his caregiving brother stayed a few more weeks.

As his health improved, the young man was able to take short walks through the ward. Although still on oxygen, it was a great accomplishment when he began to venture outside the hospital and enjoy sitting outside.

Seeing this remarkable recovery deeply impacted the older brother. Throughout the ordeal, he had welcomed prayer with hospital staff and listened attentively as they shared with him about the Good News of the Great Physician, Jesus Christ. Now the two men would be returning to their family and village with a firsthand account of God’s healing power.

“We connected them to a church near their community where they can receive follow up,” Lin said. “The staff also arranged for the patient to connect with government resources that can assist him in receiving ongoing treatment for HIV.”

While this particular patient may have been the most memorable one for the Canadian couple, there were others whose medical treatment also involved a bit of educated problem-solving.

Another case involved a child who had asthma. There were no nebules on the pharmacy shelves. As a last resort, Lin searched among a collection of expired but still stable drugs and found one bottle of nasal spray that could be converted into use as a nebule. 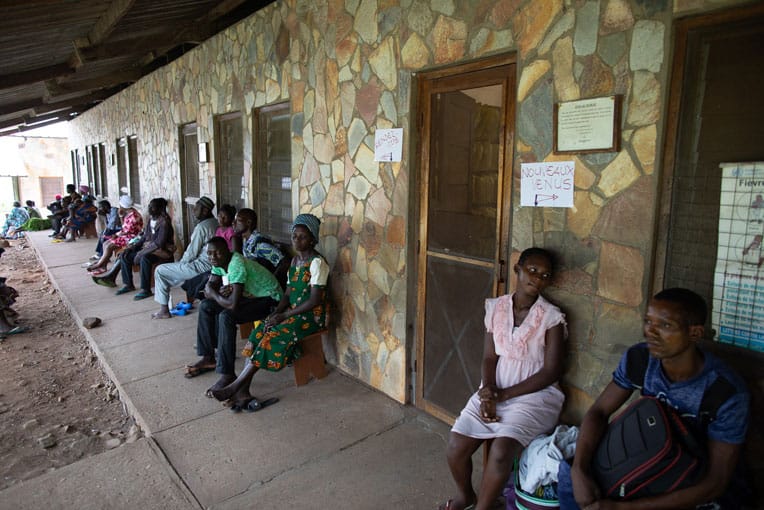 Please pray that the patients will come to trust in Jesus Christ as their personal Savior.

Similarly, standard treatment medications were not available for one of Dr. Wang’s patients, a middle-aged woman with asthma exacerbation. Lin and a respiratory therapist assisted her in devising a course of treatment that involved available medications and therapy.

Their ingenuity worked. “We were finally able to stabilize her, and she was discharged in good condition,” explained Wang.

Lin saw many older patients who had untreated chronic conditions like high blood pressure and diabetes. “Every day, with every patient, we gave them the best of what medications we had. I had to come up with a lot of creative solutions using my training.”

In the mornings Lin joined doctors and physician assistants on their rounds in the patient wards to discuss medication treatment plans. He also devoted much one-on-one time with the pharmacy manager, teaching him process improvement and inpatient service. In addition, Lin researched ways to improve the hospital’s access to critically-needed medications that can improve patient care and survival.

Wang saw patients in the hospital in the morning and spent the remainder of her days at the outpatient clinic. Wang and Lin enjoyed working together, and both were inspired by the dedication of the short-term and career missionary doctors.

“Some of them have served many times, and they keep coming back,” Lin reflected. “God used our time in Togo to confirm many things to us, and we feel that He has opened up opportunities for us to continue to serve Him in missions.”

The couple is already making plans to return to Hopital Baptiste Biblique in May.

“This has been a satisfying experience for us,” said Lin. “We want to be flexible. As long as we follow Christ, we know we are going in the right direction.”