Corbella: Canadians helping in the centre of Italy's COVID-19 storm 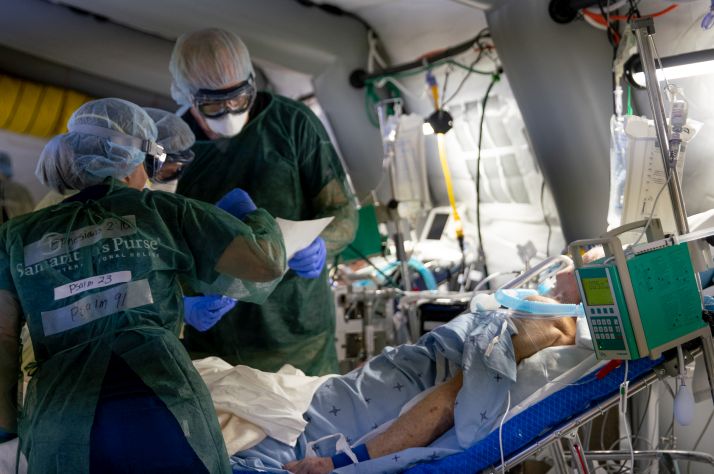 While Canadians scattered all around the world desperately tried to fly back home, Bev Kauffeldt did the opposite — she made urgent plans to fly into the eye of the COVID-19 storm.

Now, the Whitehorse-born, Salmon Arm, B.C.-raised former Calgarian is the Samaritan’s Purse team lead for a 68-bed field hospital in the parking lot of a large hospital in Cremona, a city in northern Italy, just south of Milan.

The Christian aid organization, which has its Canadian headquarters in Calgary, was invited by the Italian government to help the G-7 country that has been overwhelmed by COVID-19 infections and deaths. Italy has overtaken China as the country most devastated by the coronavirus that has veritably paralyzed the world.

“People here are just devastated, they’re very sad,” said Kauffeldt, who was reached in the middle of her 18-hour shift Wednesday leading 80 mostly American staff and volunteers, including seven other Canadians.

“They can’t believe this is happening to them,” she said. “What’s very sad is you hear stories of people being admitted to the hospital with COVID-19 and then they find out that one of their loved ones died at home. Or there’s no family who are allowed to come to see them. It’s very, very difficult, they’re sick, they’re afraid and they’re often grieving from a great loss.”

Samaritan’s Purse airlifted its field hospital to Italy on March 17 using the relief organization’s DC-8 cargo plane, and with the help of the Italian military erected their structures quickly. By Wednesday night, every one of their beds was filled with patients suffering from COVID-19. Seven of the 68 beds are intensive-care patients on respirators.

Kauffeldt says the death rate in Cremona for people suffering from COVID-19 in the ICU is 100 per cent — a grim statistic.

The hospital the group is partnering with has 600 beds, 500 of them filled with patients suffering from COVID-19 — 100 of whom are health-care workers, says Kauffeldt, who has a Master’s degree in international leadership from Trinity Western University in B.C. and a Ph.D in applied sciences from a university in the United Kingdom.

One hundred of the hospital’s beds are reserved for maternity and sick children.

Kauffeldt has a lot of experience with infectious diseases. She and her husband, Kendell, worked for Samaritan’s Purse for 14 years in the West African country of Liberia, where Kendell was the country director.

In 2014, the Ebola virus hit Liberia with a vengeance, causing the couple to pause all of their programs — which included providing safe water to the country and literacy programs — to focus on fighting a killer virus that threatened to wipe out the entire country. Thankfully, their efforts and that of their friend, Dr. Kent Brantly,who took the first Ebola cure, helped wipe out Ebola instead.

In Italy, which has the second most elderly population in the world next to Japan, the death rate from COVID-19 is almost 10 per cent.

“With Ebola, when we first started in 2014 it was a 95 per cent chance that you were going to die if you got it,” Kauffeldt said.

“We responded to Ebola in Liberia and the DRC (Democratic Republic of Congo), and that’s one of the things that’s so very hard is seeing people having to die without a family member by their side. So we’re just very, very grateful to our loving, compassionate staff and volunteers who are there with our patients, to pray with them, to be a support to them. Otherwise, infectious diseases can be so isolating,” she said.

“As a faith-based organization, we’re here in Italy in Jesus’ name. We can pray with our patients, we read with them, we ask them to tell us about themselves and their family and how they’re doing. They just want someone to talk to.” 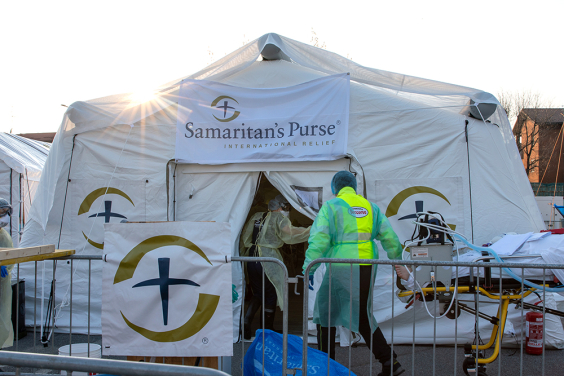 A patient is wheeled into the Samaritan’s Purse field hospital.

While some patients speak English, the group has hired translators and they also have a volunteer missionary who speaks Italian.

Earlier in the day, Kauffeldt says several patients had been discharged to return home, so there is reason to celebrate, as well.

“The gratitude of the Italian people has been incredible,” said Kauffeldt. “They’re so grateful that we’re here, it’s really something. We’ve been given so much. The military, the air force have been incredibly kind in helping us set things up . . . we have free water services, we get baked goods given to us. We have many people sending messages constantly to our Italian translators about how grateful they are, saying that we are an answer to their prayers. The Italian media has done an incredible job. The Italian government from the prime minister’s office down have been so gracious and we’re so grateful for them, because without their invitation we wouldn’t be here.”

Ian Stokes, international disaster response director for Samaritan’s Purse Canada, says ordinarily, when the organization’s Disaster Assistance Response Team responds to a hurricane, earthquake or war, they must provide their own power and clean water.

“We don’t typically respond in the developed world — certainly medically — with these kind of things, so we find ourselves in circumstances which certainly weren’t foreseen,” he said. “So we feel privileged to be there.”

The group has committed to stay in Italy for 90 days, when hopefully they will no longer be as needed. Meanwhile, according to the World Health Organization, there were 743 new COVID-19 deaths in Italy on Wednesday for a total of 6,820.

So what drives people like Kauffeldt to fly into the centre of a pandemic while others self isolate at home?

“It’s about going out in Jesus’ name and doing good professional work to help people. It’s about being Jesus’s hands and feet,” she says. “It’s about flying into the centre of His will.” 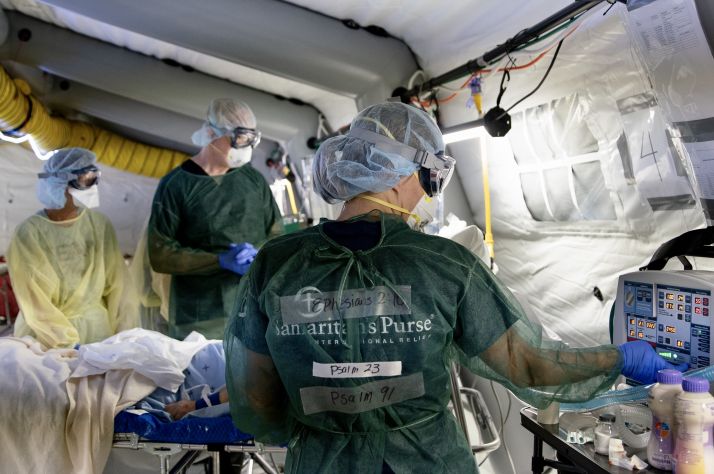