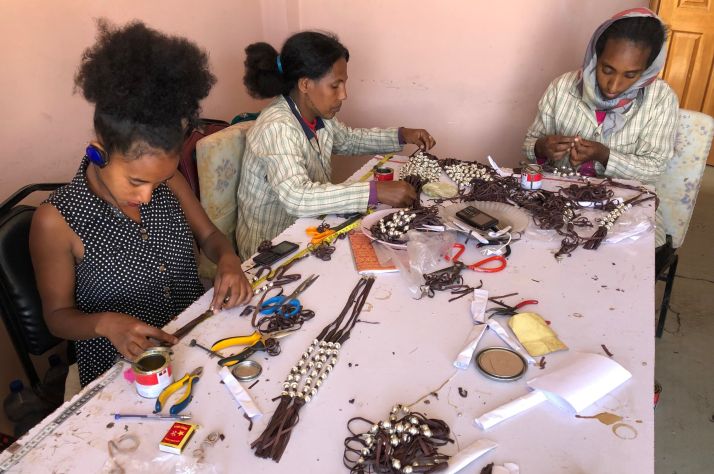 Senait* is preparing for her daughter’s high school graduation with a combination of pride and shame. 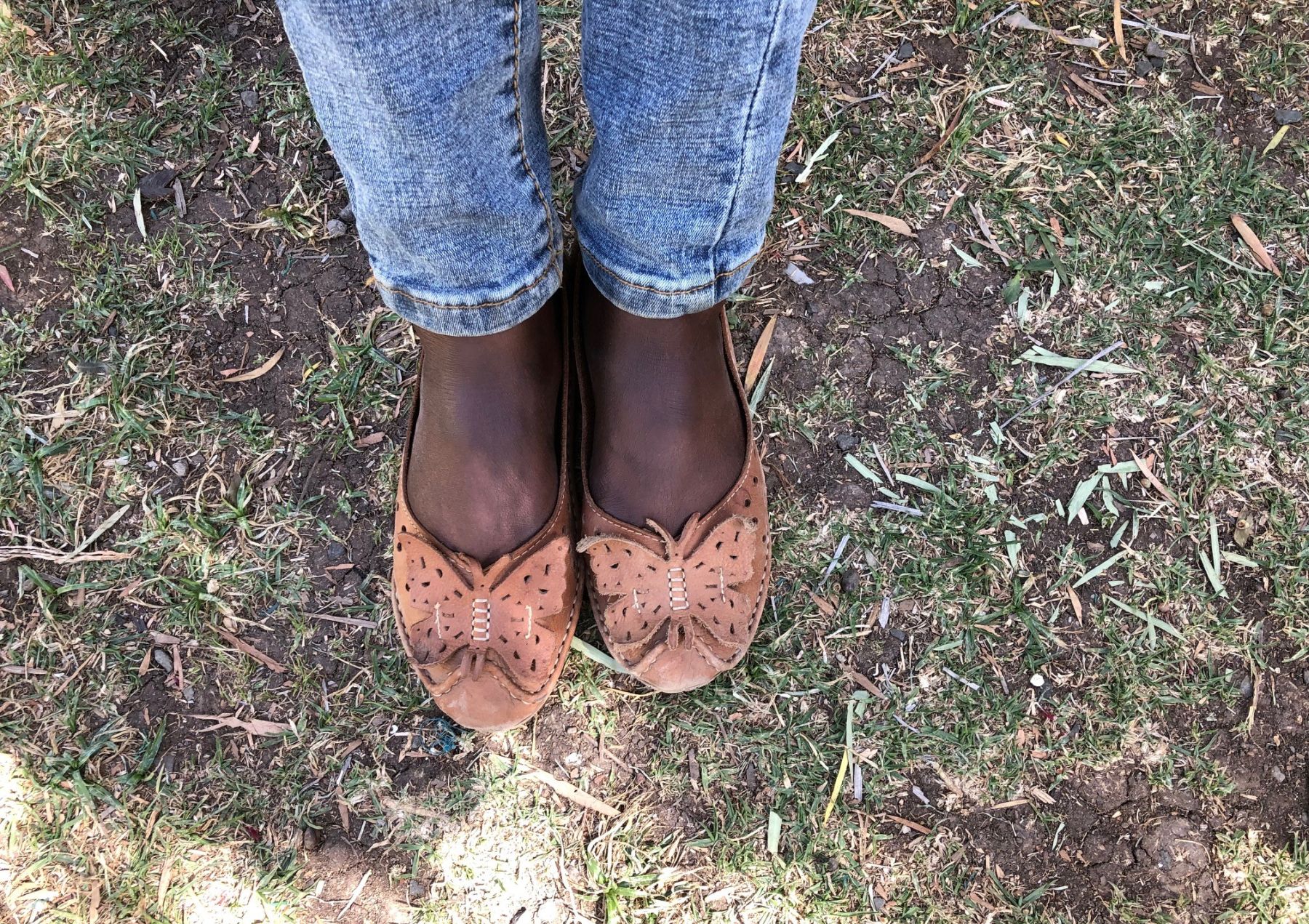 To protect Senait’s privacy we aren’t showing her face. Her feet and shoes symbolize her new journey in Christ.

She is proud of all that the 17-year-old has accomplished and hopes to accomplish, including eventually graduating from law school. But Senait also feels shame for a secret past—one she never wants the girl to know.

“If my daughter knew about my past, she would be ashamed of me,” says Senait, as her eyes glisten with emotion. “She might not want me as her mother.”

When Senait was 12 and her family was barely surviving in poverty-plagued rural Ethiopia, her aunt in the capital city of Addis Ababa invited the girl to live with her and go to school. After Senait arrived, she was forced to be a housemaid.

“I tried to look for other options”

By age 17, Senait was living on her own—washing people’s clothes to barely make ends meet. She began dating a 22-year-old. When he pressured her to have sex, she gave in. When she became pregnant, he left her. Caring for herself and her daughter was impossible from the little that Senait was earning.

“I tried to look for other options but there was nothing,” she recalls. “I had a friend who was in prostitution who kept telling me to come with her.”

Senait joined her friend one night on a street corner in one of Addis Ababa’s seedier areas. When a man offered her money for sex, the terrified teen refused. The same thing happened the next night. But on the third night, desperate for food and shelter for herself and her daughter, Senait finally gave in.

She still remembers that first client, and how much he paid her—the equivalent of $5.

Senait continued in the sex trade for another 14 months before being approached one night by a representative of Ethiopia Women at Risk or EWAR—a Christian ministry that Samaritan’s Purse Canada and people like you have supported for many years.

EWAR offered Senait escape from prostitution by entering a 12-month rehabilitation program. It features six months of emotional and spiritual counselling, followed by six-months of job skills to ensure the women never need to sell their bodies again. The job skills from which they can choose include jewelry making, weaving, hair styling, food services, or housekeeping.

Senait is now a housekeeper in a nearby hotel. She’s earning enough to provide food, clothing, and a small home for herself and her daughter.

“Sometimes we struggle financially, and I know I can earn much more doing what I was before,” she says. “But because through EWAR, I’ve become aware of my true identity as a child of God, I will find a way to keep going.”

Although Senait says she’ll never tell her daughter about her time in the sex trade, she plans to warn the girl how easy it can be to get lured into prostitution. Girls think they’re being hired as a restaurant or bar waitress, but they’re soon being pressured into sex. Or they think they’re coming to the city to be a nanny or house servant for a distant relative, only to be handed off to human trafficker.

“Don’t be tempted to enter this world”

“Don’t be tempted to enter this world,” Senait plans to say. “Focus on your education and don’t be so interested in having nice things. There are many people who want to exploit young women. If you stay focused on your education, the money will come.”

Senait, who dropped out of school after Grade 10, says “my dream is to continue my education and study accounting at university. I also want to see my daughter graduate, grow up, and start her own family.”

All of that is possible, says EWAR’s Yetranet Andarge, who notes that her 22-year-old organization’s many success stories includes a former sex trade worker who went on to university, became an accountant, and is now married with children.

Senait is very grateful for all that EWAR has done for her, including learning about the love of Jesus Christ. He is “merciful and gracious, slow to anger and abounding in steadfast love and faithfulness” (Psalm 86:15, ESV).

Senait urges Samaritan’s Purse and its donors to continue supporting EWAR and similar ministries that we fund through our Women’s Projects.

“There are so many other women on the street who need a chance like I had,” she says.