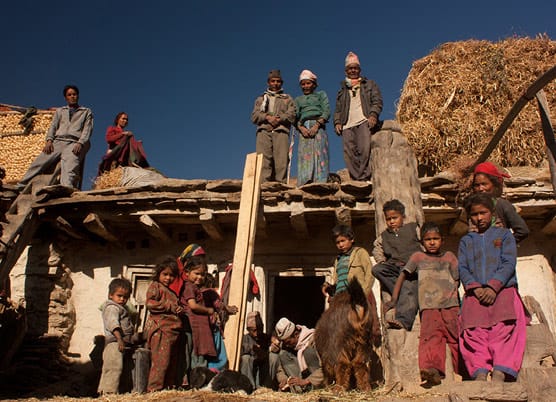 Samaritan’s Purse is working with a local partner in Nepal to guide those suffering from disease and disability through the medical care system.

January, 2013—In Nepal, burns are the 11th leading cause of death
for children between ages 1 and 9. Fortunately Sabal*—only five
months old when he was burned—escaped with his life.

Like many rural homemakers, Sabal’s mother  was using an open
fire in their kitchen to prepare food. Attracted by the fire’s
warmth and color, Sabal somehow managed to get into it when his mom
went outside to fetch water.

His father Bandhu* heard Sabal’s screams and pulled him out of
the fire, but not before his legs were severely burned.

Taken to a local health clinic, Sabal received treatment for his
burns, but grew up unable to walk. When hospital workers saw Sabal
crawling across a playground several years later, they managed to
convince Bandhu, a traditional healer, to bring him to a mission
hospital in Kathmandu.

For impoverished families living in Nepal’s remote mountain
regions, going to the bustling city of Kathmandu  to get  a
serious illness or condition treated  is a daunting
undertaking. Thanks to your generous donations, Samaritan’s Purse
is supporting a local church ministry that helps them.

Bandhu and Sabal were able to travel to Kathmandu and stay with
our local church partner which  cares for Nepal’s poor, ill,
and disabled. Their ‘Patient Navigators’ ministry serves people
like Bandhu and Sabal who have been referred to hospitals in
Kathmandu.

Staff members ensure that appropriate medical care is received,
while the church community welcomes these patients and supports
them while they receive treatment.

All the while, our church partner provides for their emotional
and physical needs—providing food and lodging, accompanying them
to the hospital, and getting necessary medicines. Patients and
their families experience the love of God in very practical ways.
Many return to their isolated villages transformed and excited to
share their new lives with others.

Bandhu was no different.

Upset at first to be surrounded by Christians, Bandhu’s heart
softened as he and Sabal received counseling, attended church
services and fellowshipped with believers.

“Jesus never discriminates [against] us,” says Bandhu. “When I
was a traditional healer, I had to make spirits happy to perform my
work, but when I didn’t make them happy, the spirits gave me
problems. But Jesus continually loves us.”

Sabal’s right leg was amputated below the knee and his left leg
reconstructed. He was given an  prosthetic leg and after several
weeks of in-hospital physiotherapy, became a modern-day walking
miracle.

“I am so happy that now my son can walk, which I had never
imagined,” says Bandhu.

To the delight of our church partner staff, Sabal walked in from
the gate upon his return from the hospital. Since that joyous day,
Bandhu and Sabal have continued to visit the hospital for regular
check-ups on Sabal’s  legs.

Now, for the first time Sabal is able to walk normally, albeit
slowly, to school and has even started playing soccer with his
friends.