Caring for Couples Suffering the Wounds of War 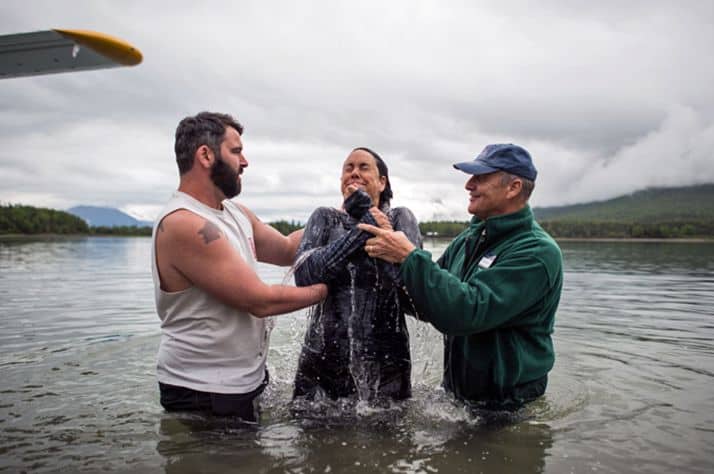 2012-Present: Samaritan’s Purse launches Operation Heal Our Patriots to help the struggling marriages of wounded veterans and their spouses.

In 2012, the United States had only recently passed a tragic milestone in the War on Terror—more than 48,000 members of the U.S. Armed Forces had been wounded in defense of our freedom since the 9/11 attacks. Many of these brave men and women returned home with terrible physical and emotional scars. 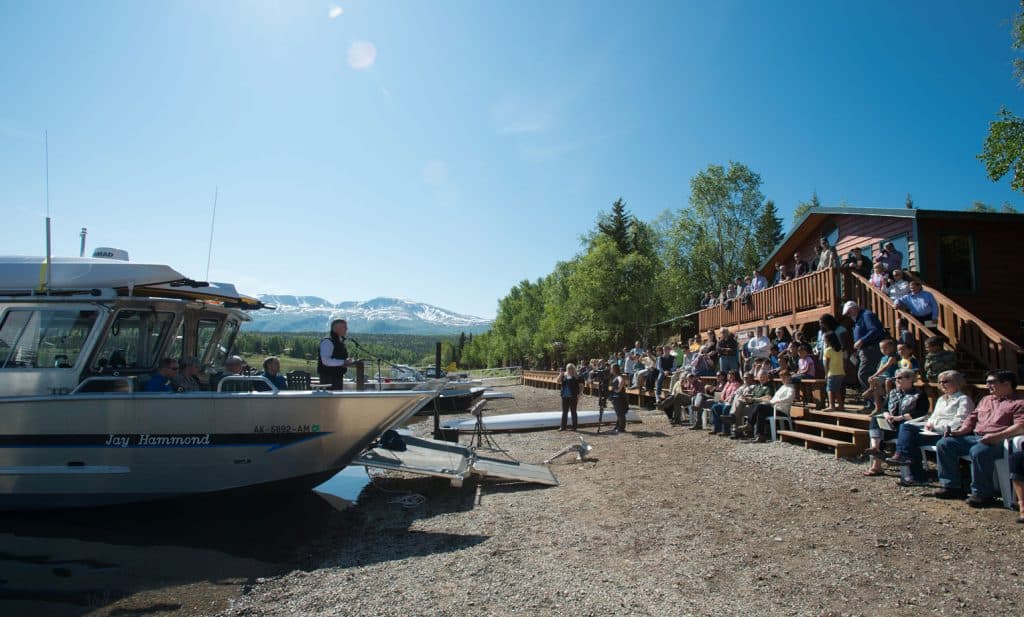 Samaritan Lodge Alaska, a fishing camp turned wilderness retreat, was dedicated in a special ceremony in June 2012. Franklin Graham addressed those in attendance at the dedication, speaking from the Jay Hammond, a special wheelchair-accessible boat that’s still an important centerpiece of our watercraft fleet used for excursions with wounded veterans and their spouses on Lake Clark.

Samaritan’s Purse President Franklin Graham had observed the impact the War on Terror had on marriages and families—especially those with a combat-wounded veteran in the mix. His own son Edward, and a number of Edward’s fellow Army Rangers, had been placed in harm’s way and wounded during military engagements. So, the impact hit close to home.

Franklin was moved by so many veterans and families suffering in the years following battlefield injuries that this led to Samaritan’s Purse launching the Operation Heal Our Patriots program. In the summer of 2012, Samaritan Lodge Alaska received its first planeloads of military couples arriving for a week of once-in-a-lifetime Alaska adventures and Biblically-based marriage enrichment training with retired military chaplains.

The refurbished fishing camp in Port Alsworth, next to pristine Lake Clark National Park, soon became an oasis, a haven for physical rest and spiritual transformation. Over the last nine summers, more than 1,200 military couples have become a part of Operation Heal Our Patriots. Many of these couples arrive in Alaska with lives and marriages on the brink of collapse, but God has been faithful to work miracles through the power of the Gospel of Jesus Christ.

One of Many Stories of Change

Army Staff Sergeant John Hosea was one combat-wounded veteran who experienced that in Alaska in 2017. 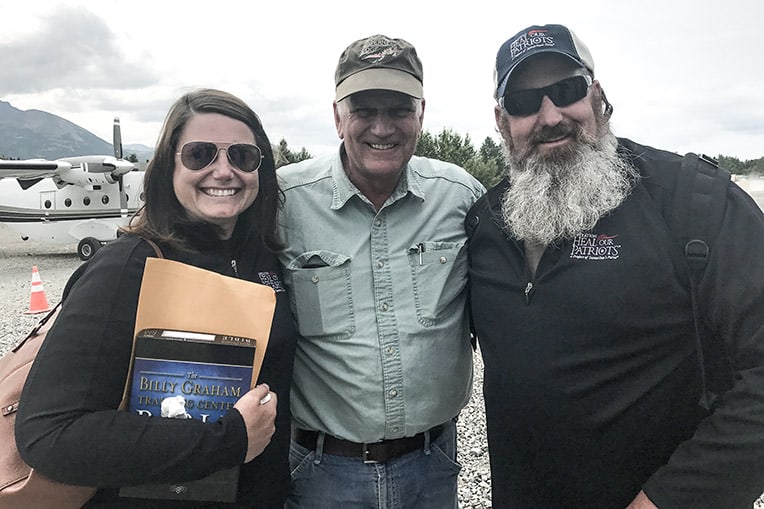 Army Staff Sergeant John Hosea and his wife Sara experienced God’s healing power in Alaska and are now serving in ministry to share the hope of Jesus Christ with other military couples.

“It was just like a light bulb went on,” he said, describing the life-changing time at Samaritan Lodge. “God welcomed me back with open arms and put a new peace in our lives.”

John and his wife Sara are an example of a military couple who struggled for years to put the pieces of their lives back together after the trauma of a combat injury. The same year that Operation Heal Our Patriots began—2012—John had been rocked by a roadside bomb in Afghanistan. That explosion changed the Hoseas’ lives in a split second. But God’s plan for them would not ultimately be defined by battlefield trauma.

When John received Jesus Christ as his Lord and Savior during Operation Heal Our Patriots, his situation changed for eternity. He and Sara—already a Christian—began seeing Christ work in new ways in their marriage. And now the Hoseas have gone from doubting God’s goodness to serving other military veterans and communicating the hope found only in Jesus Christ.

They are just one of hundreds of such stories of God working in the lives of our military couples. In fact, since the program began in 2012, nearly 500 participants have made decisions for Christ, more than 600 individuals have been baptized in Lake Clark, and more than 580 couples have recommitted their marriages to God.

Not Just a Program, But a Family

“The men and women who come through this program have made huge sacrifices for our freedom, and so often their marriages and families are the unseen casualties of war,” said Franklin Graham. “I thank God for them. No matter how hopeless the situation may seem, we have seen God bring healing and restoration to them through the Lord Jesus Christ.” 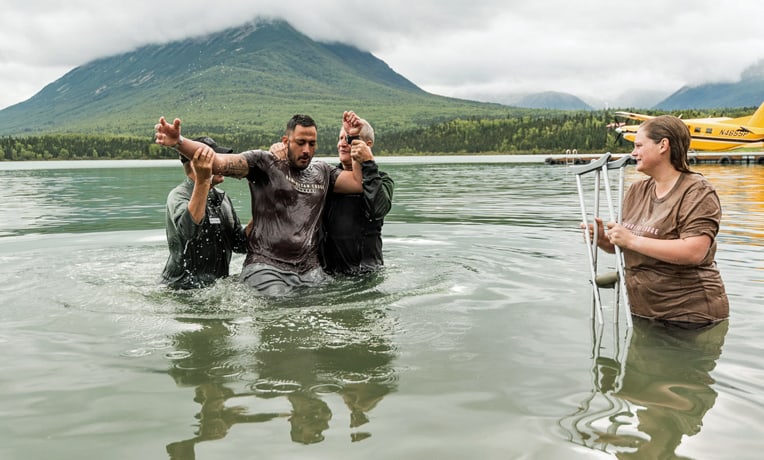 From day one of Operation Heal Our Patriots, the commitment was to a lifetime of ongoing care for our military couples. Alaska is only the beginning of a couple’s journey with our program. Through our Aftercare ministry we provide regional chaplains available around the clock, ongoing training and gatherings, an annual Reunion, and a network of churches and other military couples to help every step along the way.

Operation Heal Our Patriots ministry to military couples does not end in Alaska. This unique program provides ongoing care through our regional chaplains, through an annual Reunion, and through other gatherings throughout the year.

We also make it a priority to guide couples to local Bible-believing churches where they can serve and grow in their walk with God. Opportunities for service to those in need are also available through Team Patriot.

“The couples who become a part of Operation Heal Our Patriots are not just joining a program. You become part of our family,” Franklin Graham tells the couples we serve. “We are committed to you for life.” 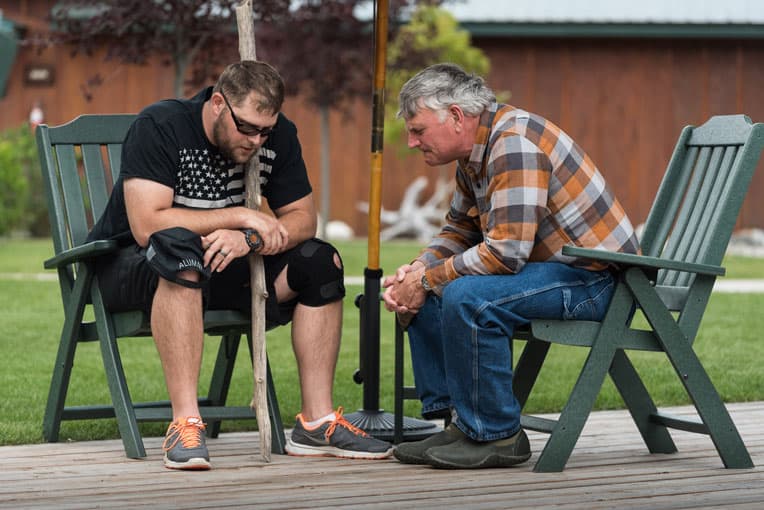 Operation Heal Our Patriots began as the number of wounded veterans continued to climb and a growing number of military marriages were crumbling in the U.S.