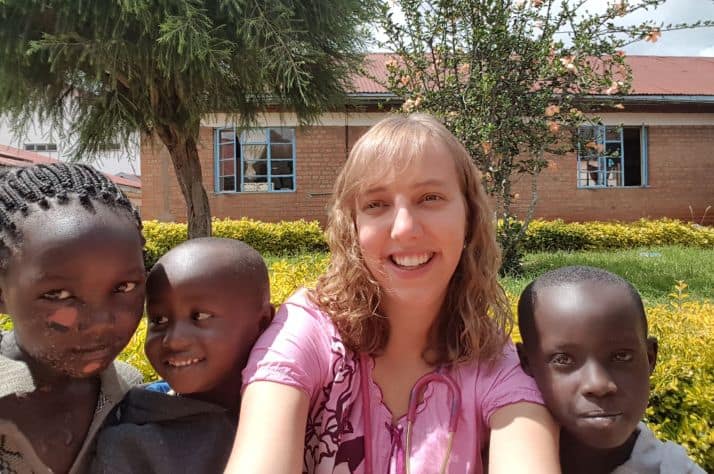 “You come back with an extra bounce in your step, even though you’re tired and you’re dealing with time-zone changes.”

The newborn baby boy’s struggle to breathe had reached a critical point, and for at least a few crucial minutes, his life was in the hands of Canadian nurse Rianne den Toom.

“In those moments I thought, ‘no, no, please God don’t let this baby die,’” recalled the 26-year-old Alberta resident. The crisis happened while Rianne served with World Medical Mission, a Samaritan’s Purse ministry, at Kapsowar Mission Hospital in Kenya.

Using only two fingers, Rianne did chest compressions on the child while also pushing air into his tiny lungs by squeezing a breathing mask strapped to his face.

“Everybody (among the Kenyan medical staff) was watching me at that moment,” Rianne said. “They were thinking that because I’m a Canadian nurse, I should know what to do.”

“I realized how reliant I am on the Lord” 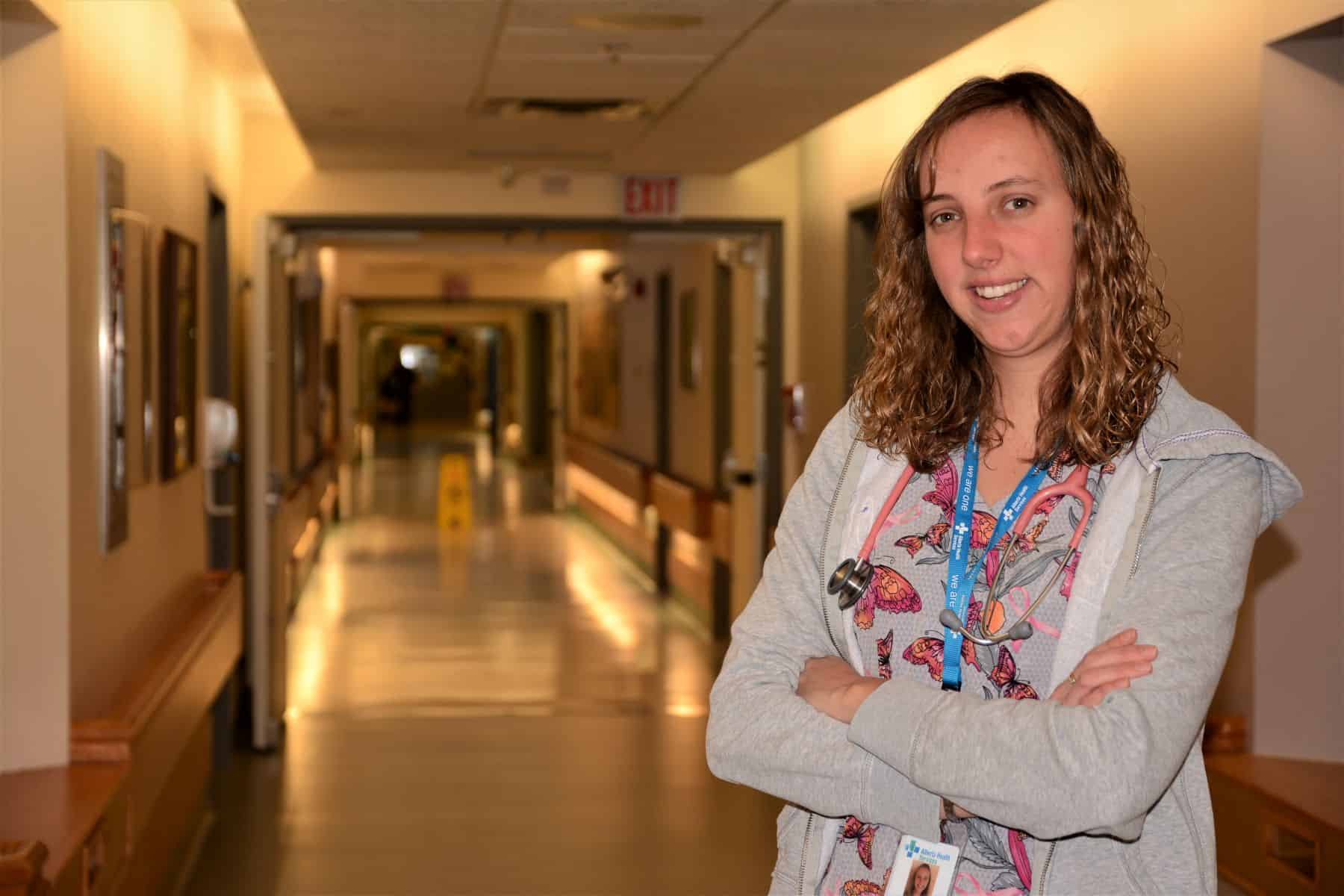 Back in Canada, Rianne den Toom works with seniors at a continuing care facility south of Calgary.

After hurriedly asking another nurse to get one of the doctors, Rianne repeated her desperate prayer to the Lord. We can praise God that just as the doctor arrived, the baby expanded his lungs and began breathing on his own.

“In those moments, I realized how reliant I am on the Lord,” said Rianne, who cares for seniors at a continuing care facility south of Calgary. “I have my skills, but it’s ultimately up to Him (as to who lives and who doesn’t).”

Rianne served at Kenya’s Kapsowar hospital for three weeks in late 2018. She worked in almost every department of the hospital including maternity, surgical, and pediatrics. She was also part of a team organizing community health events in nearby villages.

The World Medical Mission trip was the fulfillment of a dream Rianne had since university—to travel to a struggling nation and help people in Jesus’ name.

“By being a blessing to others, you get such a blessing,” she said, describing the deployment.

Rianne especially appreciated the Kapsowar staff’s focus on prayer, noting: “My family does pray a lot, but the prayer part is more prominent there (in Kenya). They even pray before surgery and that brings God into the picture, into the foreground. My own prayer life is fuller now.”

Rianne recommends World Medical Mission to any Christian doctor, nurse, or dentist seeking to broaden their horizons and witness God at work in powerful ways.

“You come back with an extra bounce in your step, even though you’re tired and you’re dealing with time-zone changes,” she said. “It (what you experience and learn during a deployment) is something you’ll never be able to get in a Canadian medical environment.”

Rianne points to another important reason to serve with World Medical Mission: “Sending people to these mission hospitals is so inspiring for the staff there. Some days, the doctors and nurses feel like giving up—so for them to have help come from Canada is so encouraging.”

VOLUNTEER WITH WORLD MEDICAL MISSION
World Medical Mission places Christian physicians, dentists, and other medical professionals in short-term service at mission hospitals and clinics in Africa, Asia, Oceania, Latin America, and the Middle East. If you’re a Canadian medical professional wanting to serve in the developing world, please apply or ask for more information by phoning 1-800-663-6500 or emailing wmmcanada@samaritan.ca.

PRAY FOR MISSION HOSPITALS
Please pray for mission hospitals around the world—that the love of Christ would shine through staff and volunteers to touch the lives of hurting people.

World Medical Mission—the medical arm of Samaritan's Purse—places volunteer Christian physicians, dentists, and other medical professionals in mission hospitals around the world that are often desperate for staff. Not only do our volunteers offer physical relief to the suffering, but they also have the opportunity to share Christ with their patients.
Top Stories
You Can Still Pack Shoeboxes Online!
Cattle Farming Offers Income for Impoverished Families
Emergency Relief Supplies Distributed After Deadly Flooding in Pakistan
Handcrafted Peg Dolls Reach Hearts for Christ
Samaritan's Purse is Responding to Help Hurricane Fiona Victims
© Copyright 2022 Samaritan's Purse Canada. All rights reserved.