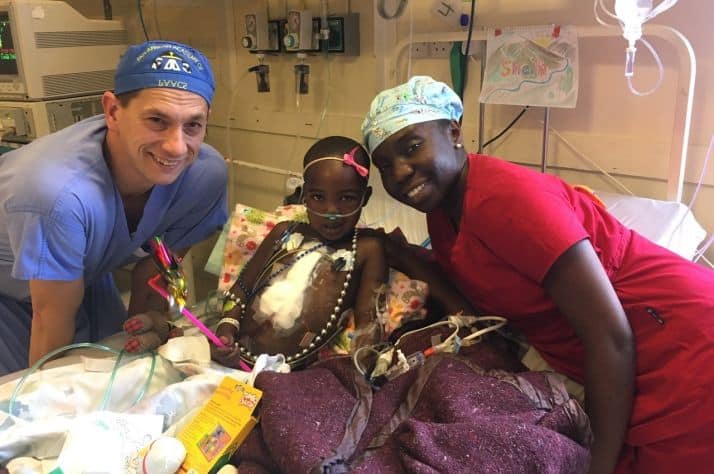 “I was inspired by my daughter, but led by God”

For Dr. David Horne, the news that his unborn daughter Kaylan had a congenital heart defect came like a hammer blow. 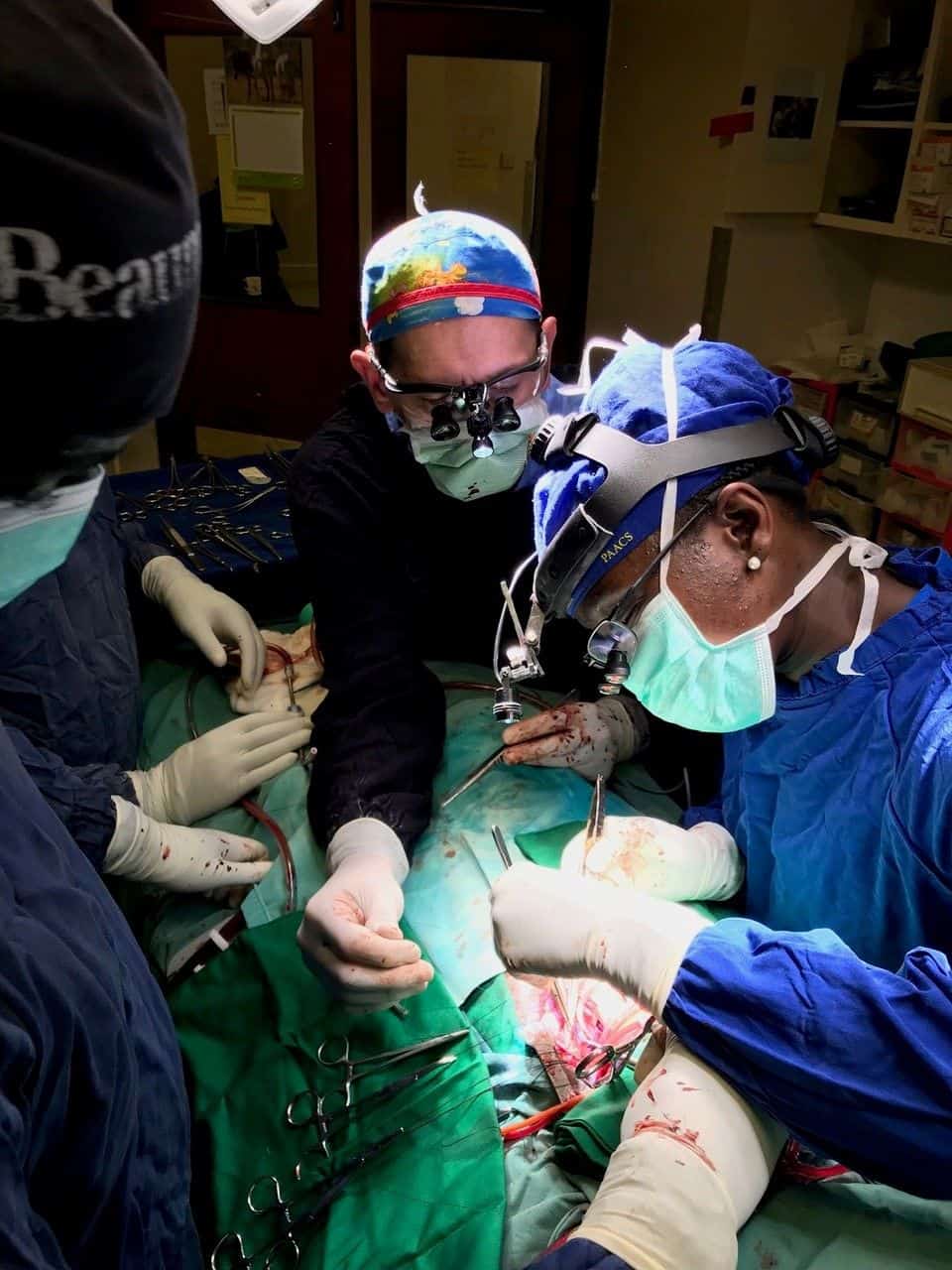 
It was difficult for David—who was accustomed to caring for others—to depend on others, and on God, for the health of his daughter.

To get Kaylan’s heart defect corrected, she underwent open-heart surgery in 2007 at only three months of age. The fact that it was completely successful had a profound impact on her anxious father.

“The joy and thankfulness and the relief—those were the most intense emotions I had ever felt in my life,” David said. The experience got the young family physician thinking and praying. Over the next two years, he sought God’s direction, and the Lord “opened the door for me to become a heart surgeon. I was inspired by my daughter, but led by God.”

Called to serve around the world

From the beginning, David knew that God was calling him to serve patients not only in Canada, but around the world—and He would provide a way.

While training as a cardiac surgeon, David connected with a heart surgical team from Vanderbilt University in Nashville, Tennessee. Through Samaritan’s Purse’s World Medical Mission, this team travels once a year to Tenwek Hospital, a 300-bed mission facility in Kenya.

The team’s mandate is to train Tenwek’s staff and build the surgical program to perform increasingly complex open-heart surgeries without the need for North American support. When David learned he could join the team, he was eager to get involved. In February 2017, he made his first trip to Kenya.

The experience at Tenwek Hospital was unlike anything he had encountered in North America.

“It was the first time in my life where we were not allowed to start the operation without praying out loud,” David recounted. “They do the same in all their cases. They spread God’s word to every person that comes, which is amazing.”

Immediately, David knew it was where God had called him.

Alongside nurses, anesthetists, respiratory therapists, and others, he performed 10 open-heart surgeries in one week. 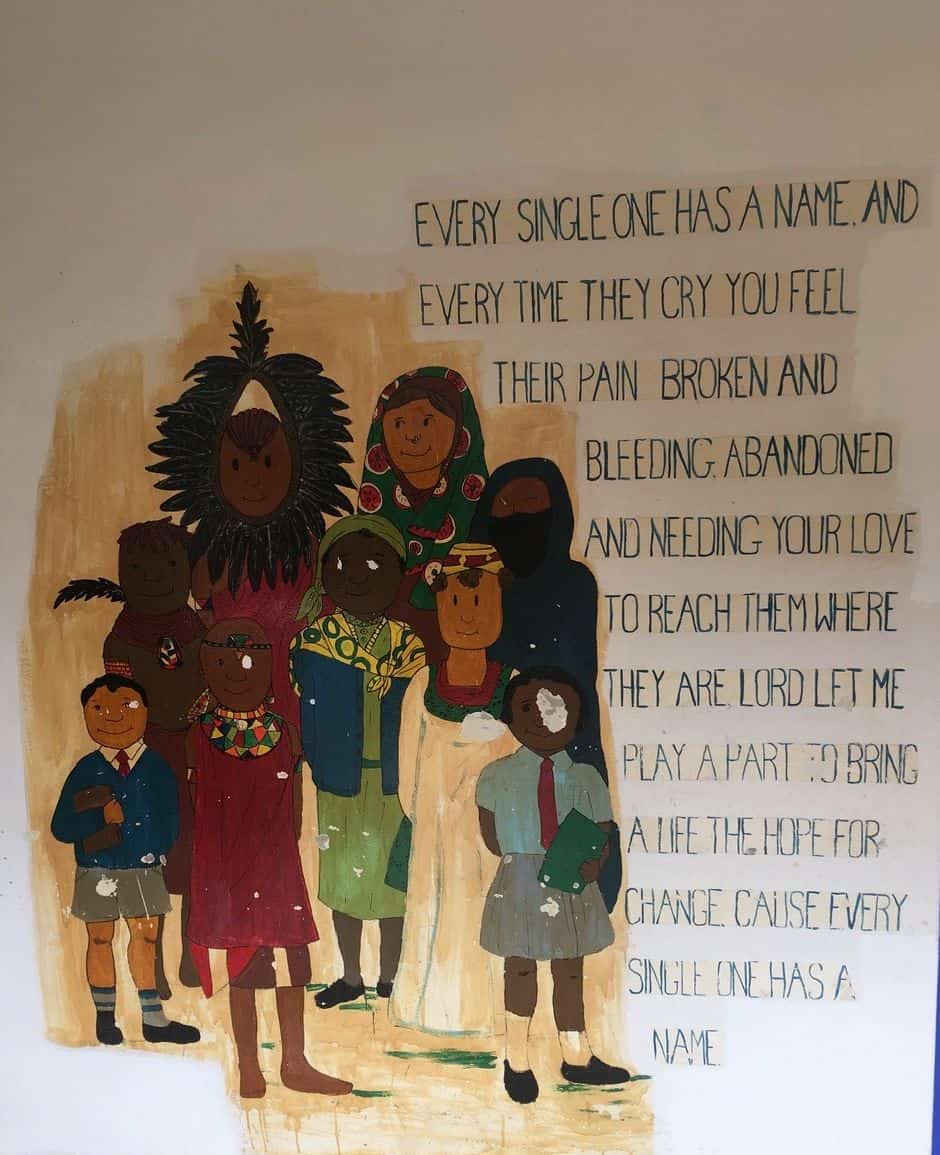 This poem on a wall of Tenwek Hospital reminded Dr. Horne that even though he could not help every child in need , every single child he did help had great significance to God.

“I did her surgery and when we tried to take her off the heart-lung machine, her heart failed. I remember having that hollow feeling in my chest as I thought about potentially walking out to tell her parents their child didn’t survive.”

The operating team, having few answers, called out to the Great Physician.

“We all prayed in the room,” David recalled. “We then tried a few other strategies, and when we took her off the heart-lung machine a second time, her heart miraculously improved. We got Brenda out of the operating room, and she later walked out of the hospital. That was pretty stunning.”

A sign at the gates of Tenwek Hospital declares, “We treat, Jesus heals.” David saw this to be true, and knew he wanted to return, which he did in 2018.

Two other Canadians—an ICU nurse and a perfusionist (who runs the heart-lung machine)—accompanied David on his second trip. “The goal was to build towards a full team of Canadian medical professionals,” he said.

This goal became reality in May 2019 when David led the first fully Canadian heart surgical team to Tenwek Hospital. The team’s 13 members came from across the country, including Halifax, Winnipeg, Edmonton, and Vancouver.

David’s desire is to see a Canadian team visit Tenwek each year.

“The need is there and it’s bigger than what we realize,” he said. “Every time we go, there are another 30, 40, 50 kids that we did not operate on. We are going for the next five to 10 years to help them [medical professionals at Tenwek] become congenital heart surgeons and heart surgeons, and that’s what draws me to keep going back.”

VOLUNTEER WITH WORLD MEDICAL MISSION
World Medical Mission places Christian physicians, dentists, and other medical professionals in short-term service at mission hospitals and clinics in Africa, Asia, Oceania, Latin America, and the Middle East. If you’re a Canadian medical professional wanting to serve in the developing world, please apply or ask for more information by phoning 1-800-663-6500 or emailing wmmcanada@samaritan.ca.

PRAY FOR MISSION HOSPITALS
Please pray for mission hospitals around the world—that the love of Christ would shine through staff and volunteers to touch the lives of hurting people.