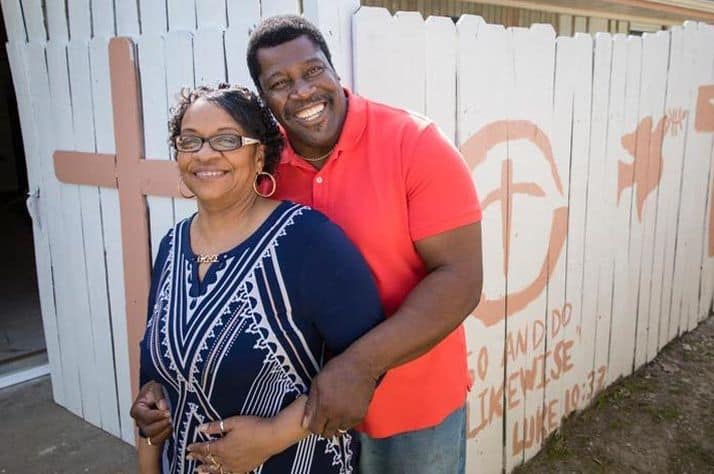 Families in the Houston area are returning to homes repaired and restored by Samaritan’s Purse volunteers.

Homeowner George Dorsey said he’s been awake for quite a while. “Since 5 a.m. yesterday morning.” 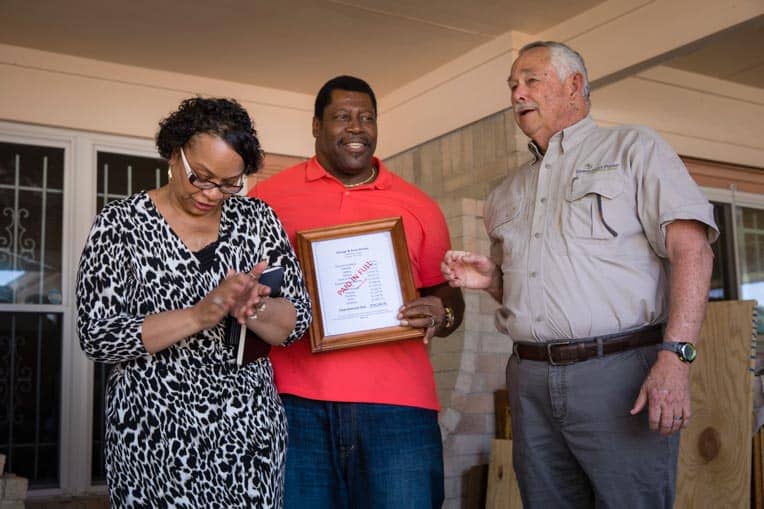 Program Manager Dan Burton welcomes the Dorseys to their home after more than seven months of living in hotels and apartments throughout Houston.

He’s been tending to four briskets cooked on two grills outside his Houston home. He’s also been steaming sausages and preparing pots of the best gumbo in the world.

Samaritan’s Purse is holding a special day of dedication as George and his wife Arva return to their newly refurbished home. The family wanted to properly celebrate the many volunteers, staff, and generous donors who made their home livable again seven months or so after Hurricane Harvey.

When Harvey made landfall August 25, 2017, it dumped over four feet of rain on the Houston area. The storm damaged an estimated 200,000 homes across southeast Texas, which includes the cities of Rockport/Portland, Santa Fe, and Victoria. It was the most devastating hurricane to hit the United States since Hurricane Katrina. 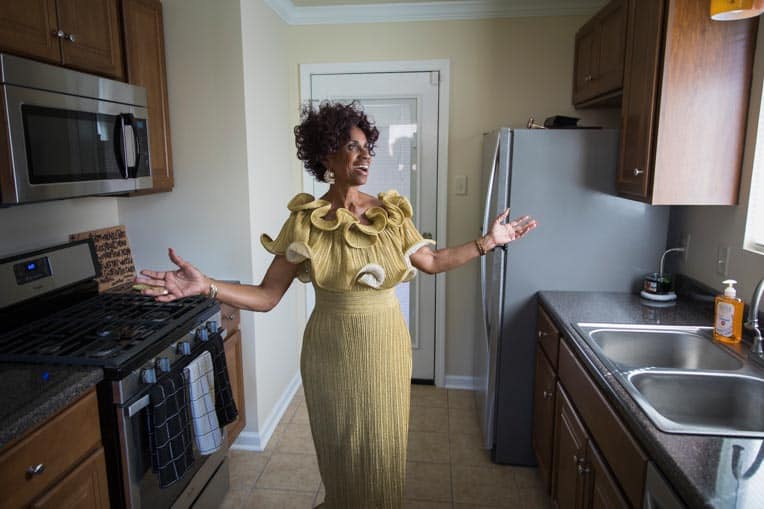 Ann Lamott is thankful for the work Samaritan’s Purse volunteers did on her home. Grateful, she stands arms outstretched in her refurbished kitchen.

In addition to mobilizing more than 10,000 volunteers for the initial recovery response, Samaritan’s Purse President Franklin Graham made plans to restore 500 homes throughout the region. The Dorseys’ home, and that of homeowner Ann Lamott are some of the first of these homes in Bayou City and beyond that our volunteers have helped rebuild.

Now, she’s glad to be able to sleep in her own home, which has new walls and flooring, refurbished bathrooms, new appliances, and even a new hot water heater—all repairs and upgrades she never could have afforded. She had no flood insurance to cover the damages caused by Hurricane Harvey

Blessed By the Small Things

Similarly, the Dorseys have new flooring, walls, insulation, cabinetry and a host of other repairs and improvements. As Arva surveyed all that our teams had done over the past several months, she also remembered the intangible blessings provided by our volunteers. 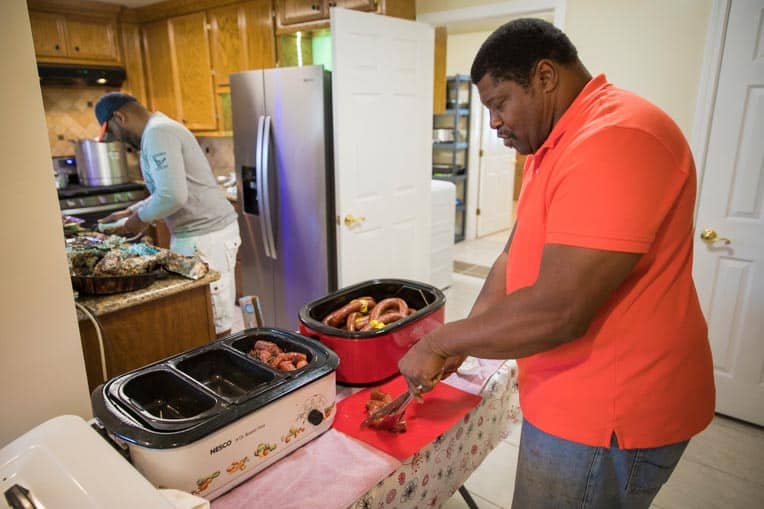 George Dorsey and his son, George III, prepare sausages, gumbo, and brisket to celebrate with Samaritan’s Purse staff and volunteers.

Shortly after Harvey struck, she said a volunteer team showed up. “I was really in a slump,” Arva said, “They stopped by and said ‘Can I pray with you?’ Then they asked ‘Could you use some help getting some things out of your home?’ Before that we didn’t know what to do. After that I thought ‘OK, we can get through this.’”

Alongside our army of volunteers, student volunteer groups from several high schools and from universities across the country have joined our Houston rebuild projects. Most of these students come during breaks from school, which means a new load of students might arrive each week for several weeks.

“The Lord exhorts us to love and good deeds, and it’s good for young people to get out and get their hands dirty doing this kind of work,” said Dan Burton, program manager for the ongoing Houston area rebuild project.

The Dorseys say the energy and attitudes of our volunteers have had an impact on their entire street. And their willingness to pay attention to the smallest details will be a blessing for many years to come.

“They actually listened when we would suggest something,” Arva said. “They really went the extra mile, especially with all the beautiful tilework in my bathroom. It was so special to me.”

Thanking God, Even for the Storm

Though Harvey brought tragedy last year, God blessed Texas as His people mobilized to care for the displaced and desperate residents of the Lone Star State. George says he actually thanks God for Harvey because of this. 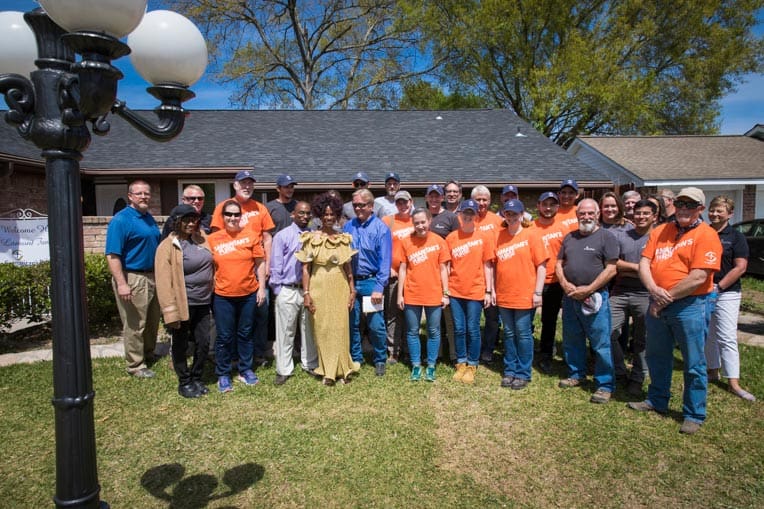 Samaritan’s Purse volunteers and staff welcome Houston homeowner Ann Lamott as she moves back into her rebuilt home.

Arva added, “We know Jesus is real, but because of all of you we have a very tangible and renewed reminder that Jesus is real.”
—
Note: Our rebuild project in the Houston area is based in Pearland, just south of the city. Samaritan’s Purse also has a second rebuild project centered in Rockport. We will continue restoring damaged Texas homes for many months to come. Come volunteer with us!