An interview with Dr. Azaria Marthyman about Ebola 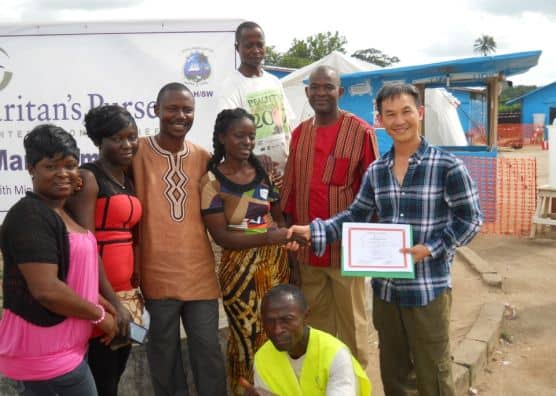 The family physician from Victoria, BC, has served with Samaritan’s Purse treating Ebola patients in Liberia â€“ in July 2014 and September-October 2014.

1. Were you afraid of contracting Ebola and dying?

2. Many of the Ebola victims, including many of the fatalities, are children. How did you deal with that?


3. The survival rate at the Samaritan’s Purse facility where you were serving was better than the traditional average for Ebola. Please talk about that.


4. And so for every Ebola patient that survived during your time there, another died. Please tell us about one or more of them.


5. What is the value of Samaritan’s Purse’s household-focused approach to fighting Ebola?


6. In the midst of so much death and suffering, is there hope?